We Will Not Be Lovers – Hennessey

Dark Electro-pop with a epic vocal turn. In 2020 it appears electroclash has been given a shot in the arm. Hennessey – We Will Not Be Lovers. Video Exclusive. 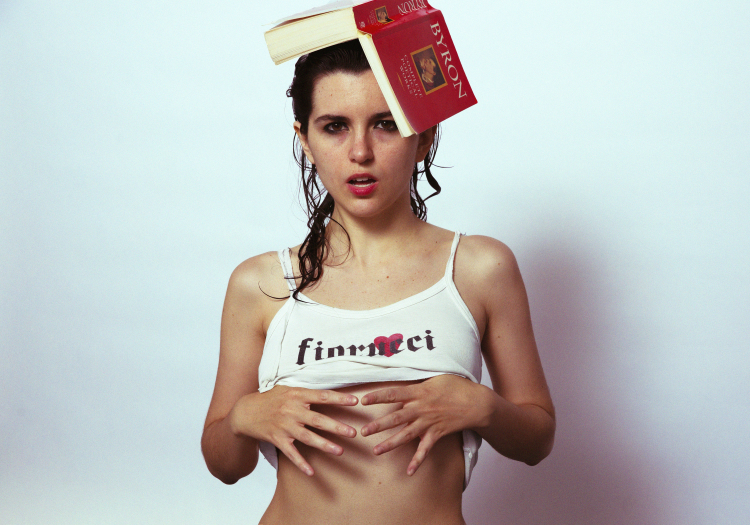 Electro-Art Group Hennessey have released an dark reworking of the Waterboys classic We Will Not Be Lovers. Disjointed, sinister and funky, imagine a female fronted Suicide with a sense of hygiene. Let it rattle you.

The video, directed by band member E.J. O’Hara, was created in quarantine as an exploration of Virtual Romanticism reimagining the imagery of English landscapes, Greek statues, haunted portraits, and memento mori in an alienated virtual reality.

“The core of Hennessey is me and E.J. We collaborate on the visuals and music. For this video, we wanted to delve into the concept of Virtual Romanticism. It was the peak of lockdown, and we were hermetically sealed in a pretty arcane double fantasy. I’d been working on a long term project about Lord Byron and was infodumping Byronic trivia on E.J. and drifting further into a gothic paranoid twilight when we came up with the term. Virtual Romanticism rejects Virtual Reality in the same manner Romanticism rejected Enlightenment empiricism. It is the yearning for the sublime, the awe-inspiring, the eerie and the supernatural through the screen, and the cultivation of sensation on  an anaesthetic plane. It is the Byron/Shelley shipping girls on tumblr and the reduction of Autumn to a meme. It is the passion of absence- we will not be lovers.

E.J.’s first idea for the video was the miniature gilded frames, and the rephotographing of the nature imagery. Our world had been reduced to screens and pages in our sunless apartment, and that’s where we had to find our wilderness. We are both NYC natives and feel no longing for “the country”, but we did long for Life, and this is that longing.” – Leah Hennessy

Single ‘We Will Not Be Lovers’ released 17th July 2020
www.velvetelkrecords.com

Purchase We Will Not Be Lovers Here