Can You Die From Watching TV?

[dropcap style=”font-size:100px; color:#992211;”]E[/dropcap]xtended periods spent watching TV can significantly increase the risk of death (in the viewer, one presumes), according to a recent study by the American Heart Association.

Oh those oiky proles, we scorn, reclining in their wipe-down Lay-Z-Boy loungers, troughing on various incarnations of fried corn starch and hollerin’ up the ‘Ayy-MEN’s every time Pastor Trump blames a Mexican.

We, of course, don’t even have a television set in the house. So vulgar.

And of course, the Heart Association stats couldn’t possibly apply to that Netflix subscription.

Watching a lot of television every day may increase your risk of dying from a blood clot in the lung, according to new research in the American Heart Association’s journal Circulation.

A lung blood clot, known medically as a pulmonary embolism, usually begins as a clot in the leg or pelvis as a result of inactivity and slowed blood flow. If the clot breaks free, it can travel to a lung and become lodged in a small blood vessel, where it is especially dangerous.

Researchers found that compared to participants who watched TV less than 2.5 hours each day, deaths from a pulmonary embolism increased by:

“Pulmonary embolism occurs at a lower rate in Japan than it does in Western countries, but it may be on the rise,” said Hiroyasu Iso, M.D., Ph.D., professor of public health at Osaka University Graduate School of Medicine and study corresponding author. “The Japanese people are increasingly adopting sedentary lifestyles, which we believe is putting them at increased risk.” 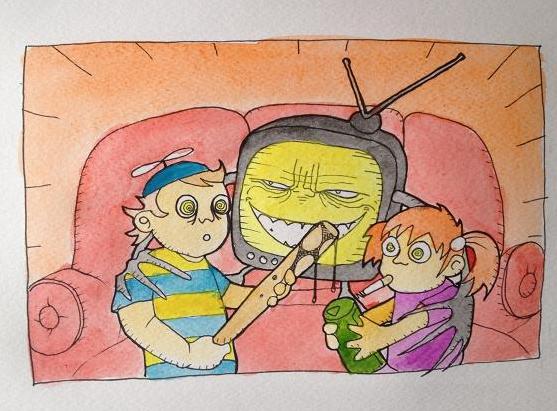 Authors noted that the risk is likely greater than the findings suggest. Deaths from pulmonary embolism are believed to be underreported because diagnosis is difficult. The most common symptoms of pulmonary embolism – chest pain and shortness of breath – are the same as other life-threatening conditions, and diagnosis requires imaging that many hospitals are not equipped to provide.

Researchers accounted for several factors that might have influenced findings, including obesity, diabetes, cigarette smoking and hypertension. After the number of hours spent watching TV, obesity appeared to have the next strongest link to pulmonary embolism.

“Nowadays, with online video streaming, the term ‘binge-watching’ to describe viewing multiple episodes of television programs in one sitting has become popular,” Shirakawa said. “This popularity may reflect a rapidly growing habit.”

Authors said people who watch a lot of TV can take several easy steps to reduce their risk of developing blood clots in their legs that may then move to their lungs.

“After an hour or so, stand up, stretch, walk around, or while you’re watching TV, tense and relax your leg muscles for 5 minutes,” said Iso, noting this advice is similar to that given to travelers on long plane flights. He added that drinking water may also help and, in the long run, shedding pounds if overweight is likely to reduce risk.

The study recorded participants’ viewing habits before computers, tablets and smartphones became popular sources of information and entertainment. Authors believe new studies are needed to determine the effect of these new technologies on pulmonary embolism risk.

Source: Eurekalert/American Heart Association
Image: Dan Booth. Not to be reproduced without express prior permission.

Next Story:
A Sheepdog’s Trials: Bernie Bows Out