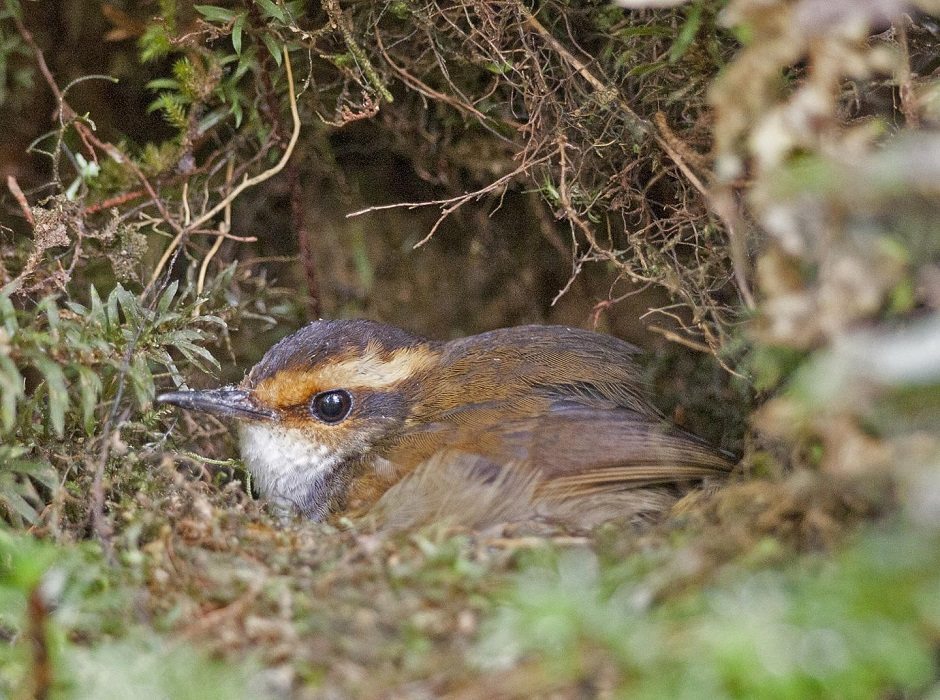 [dropcap style=”font-size:100px; color:#992211;”]S[/dropcap]ongbirds warm their eggs for varying times depending on their own survival rate.

As opposed to how runny they want the yolk.

The amount of time and effort songbirds spend warming their eggs directly correlates to their own survival probability and that of their eggs, according to a study by University of Montana researchers that will appear in an upcoming issue of The American Naturalist.

The amount of care parents provide their young varies greatly across the animal kingdom, particularly among songbird species, who spend anywhere from 20 percent to nearly 100 percent of daylight hours warming eggs in their nests. A team of researchers led by Thomas Martin, senior scientist and professor at UM’s Montana Cooperative Wildlife Research Unit, set out to discover why.

“The reasons why species differ in how much care they provide their young has long been a mystery and of interest to scientists, given that it influences the quality and survival of offspring,” Martin said.

The researchers studied parental-care behaviors, egg temperatures and adult mortality rates in 63 species of songbirds. The study, which spanned two decades and four continents, found that longer-living species with more future opportunities for breeding, which are common in the tropics, were less willing to expend energy and risk mortality associated with keeping their eggs warm.

ring for their young because they may not have another opportunity to reproduce. In both cases, the songbirds balance longevity against the risk of their eggs being eaten by predators. Species with a higher likelihood of their eggs being preyed upon invested more effort in keeping their eggs warmer, as warmer eggs take less time to hatch, shortening the time the embryos were exposed to the risk of predation.

Songbird species differ in their risk of predation mainly based on where they nest. Species that nest in cavities in trees, for example, have very low risk of predation, while species that build an open cup exposed on a shrub have a much higher risk. The species studied varied extensively in the time and effort they spent warming their eggs. Some, such as the Bornean stubtail, endemic to the tropical island Borneo, spend as little as 20 percent of the first seven hours of daylight warming their eggs. Others, such as the warbling vireo, common throughout North America, spend nearly 100 percent of those hours incubating their eggs.

Previous Story:
Why David Cameron is a Massive Loser

Next Story:
Parting the Veil of Sylvanian Fantasy [Crystal Bright & The Silver Hands]