Why David Cameron is a Massive Loser

Cameron is so indebted to so many people, it’s hard to actually say he’s ‘won’ anything. 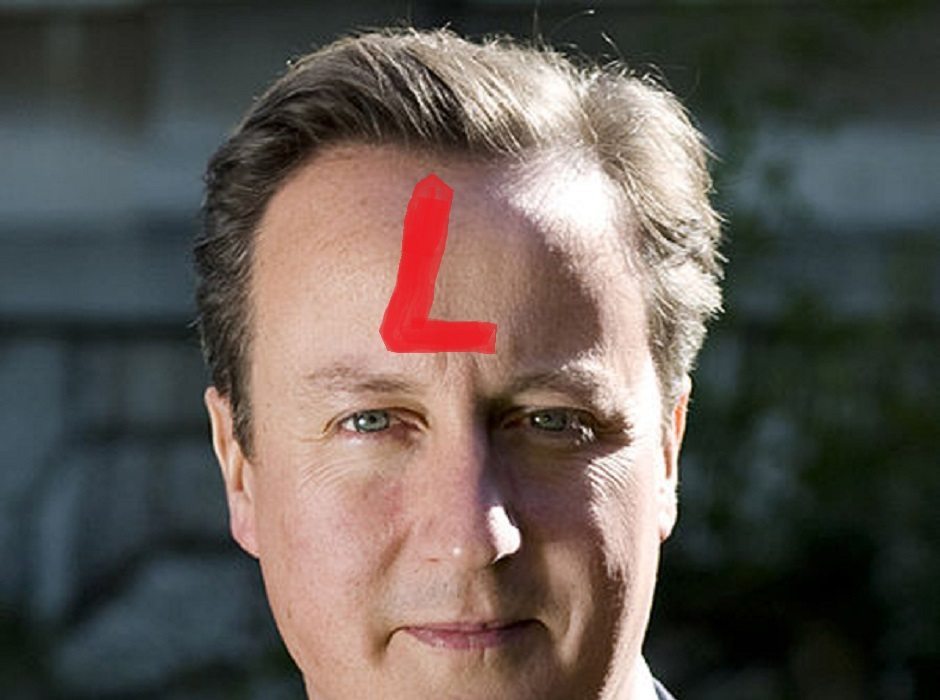 This might sound odd. After all, the Tories won their first absolute majority since 1992, which is a surprisingly long time ago. Labour’s campaign was lacklustre to say the least. The Liberal Democrats were, rightly, pulverised. The SNP’s 56 MPs will be unable to make any direct headway. The Greens and UKIP were both cheated by our decrepit electoral system. Plaid Cymru and the Northern Irish parties remain token voices struggling to be heard in the rotting caverns of Westminster.

But surely, the Tories won?

No, they didn’t. In order to get that rather paltry working majority (worse than it was even in 1992), David Cameron had to make compromises on many levels. He is now at the mercy of his sundry Faustian Pacts. Let’s get the popcorn….

To begin with, the real problem with the Tories’ win is that it is the opposite of that Miliband might (might) have achieved. As Peter Oborne rightly argued, if Miliband had made it into No. 10, he would “…have done so without owing anything to anybody”. David Cameron is in the opposite camp; he is so indebted to so many people, it’s hard to actually say he’s ‘won’ anything.

Firstly, there is his relationship with the Press. To say that the media has no effect on public debate or that psychotic levels of muck-throwing don’t work is to completely ignore what happened to poor Ed Miliband last week. The venal British press scored another scalp.

Naturally, though, the Rothermeres, Murdochs and Desmonds of this world never just do something out of the goodness of their hearts. The appointment of the anti-BBC, anti-Leveson (and anti-gay marriage) John Whittingdale to the post of Culture Secretary speaks volumes. The press itself, meanwhile, will remain as powerful, unaccountable and relentless as it was in John Major’s day. The right wing press can and will destroy Cameron if he does not do as its owners wish. As a former PR man, he must surely know that his relationship with them will remain that of master and servant.

Cameron also sided decisively with big business and the emergent landlord class. This worked as promoting ‘wealth creators’ (as in, not the employees or tenants) gave Cameron’s campaign a suitably pro-business, pro-economic growth sheen.

There is a downside to this, however. Getting into bed with the powerful is a long-standing Tory tradition, of course, but as 2008 proved, an unaccountable, unchecked business sector can wreck utter havoc, as will the enormous housing bubble which is long overdue its bursting point.

While at present the electorate seem willing to eat as much crow as possible until ‘the economy’ magically heals itself, meanwhile, there will also come a time when zero hour contracts, shabby working conditions and low wages combine to make for a very restive public.

Lord Ashcroft’s post-election poll is revealing in this regard, with 46% still believing that cuts and austerity will save the national economy. If, or rather when, they are disabused of this notion, Cameron will be in deep trouble. But he will be in no position to side with the public as he is too beholden to business, which has learned little even after one of the most gruelling recessions and wobbliest recoveries in living memory.

There is also the Conservative Party itself, which has always been an uneasy alliance of angry fratricidals rather than the touchingly disciplined pack of lemmings known as the Labour Party. Cameron’s success is, in part, due to an impressive effort in managing his MPs. While Labour’s campaign was littered with Lucy Powell-shaped gaffes, the Tories were slick and focussed.

Sadly, however, Cameron now lacks two key elements to this success. Firstly, his Lib Dem allies are gone. Secondly, the party no longer has the ignominy of a half-lost election hanging over it. Its confidence is restored, and the hard right of the party will soon start making serious demands that Cameron will not be able to meet in regards to Europe and beyond.

Keeping extremists like Michael Gove and Iain Duncan Smith on the ministerial team will, of course, help alleviate the head-bangers for a while. But in the long term, Cameron is a relative moderate. He will clash with the right in his party or be forced to appease them at every turn.

The final deal with the devil on Cameron’s part is, surprisingly, in the form of the SNP. All the nudge-nudge, wink-wink claims that Alex Salmond would write a Labour government’s budget, or Nicola Sturgeon trolling away as she ‘invited’ the hapless Miliband to join an alliance with the Scots Nationalists, primarily benefitted the Tories and their appeal to English victimhood. In that sense, the Tories were as suckered as Labour – the SNP wants these divisions fostered, though the Tories’ absolute majority probably shocked them as much as everyone else.

In the SNP’s favour, however, is the English tendency to use more force than necessary to make a point, which always backfires as the Poll Tax demonstrated. Nor does ‘divide and rule’ ever work in the long run. A stymied SNP will now start calling for either Devo Max or another independence referendum, and any threat to the Barnet Formula will play right into their hands. Cameron may yet be the man who oversees the death of the union.

Cameron, then, finds himself in a most precarious situation. He is too dependent on others, and he has created too many divisions to hold the electorate together. All this for a paltry majority of six MPs! Compromise is the language of the Devil, they say, but it is also the dogma of the amateur and the cant of the incompetent. Perhaps Cameron’s only real masterstroke is his stated intention to leave No. 10 before the next election. He would be wise to do this very soon.

Previous Story:
One Man’s Perfectionist is Another Man’s Picky Git