The Birth of a Police State

The UK government is about to pass legislation which will make any behaviour perceived to potentially ‘cause nuisance or annoyance’ a criminal offence. 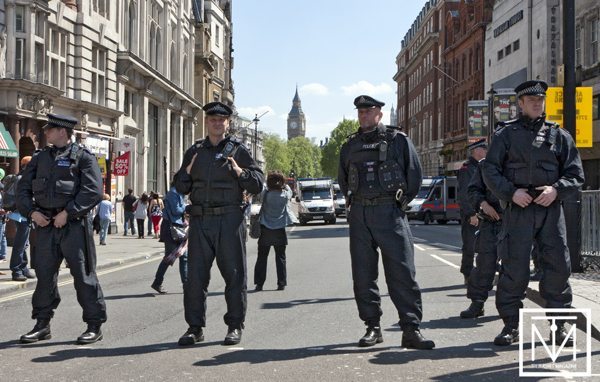 [dropcap style=”font-size:100px; color:#992211;”]T[/dropcap]he UK government is about to pass legislation which will make any behaviour perceived to potentially ’cause a nuisance or annoyance’ a criminal offence.

The Anti-Social Behaviour, Crime and Policing Bill also grants local authorities, police and even private security firms sweeping powers to bar citizens from assembling lawfully in public spaces.  Those who refuse orders under the new rules will face arrest, fines and even prison time.

The Anti-Social Behaviour, Crime and Policing Bill, which passed the committee stage of its progress through the House of Commons on Monday 15th July, purports to simplify this legacy of New Labour’s legislative promiscuity.  In reality, it creates a series of wildly ambiguous, generic orders which grant officers of the state and private sector even greater powers to issue tougher sentences, with fewer checks and balances to protect citizens.

The Bill introduces Injunctions to Prevent Nuisance and Annoyance (IPNAs) to replace ABSOs. Almost no one will be sad to say goodbye to ASBOs.  The orders, designed to allow police to tackle anti-social behaviour, simply became a means of criminalising youthful indiscretion – and eventually a means of criminalising anything people found annoying.  Some of the bizarre abuses of this power include:

The ASBO has allowed the line between criminal behaviour and annoying behaviour to become hopelessly blurred – and the IPNAs will only serve to increase the problem.  We have seen the abuses permitted under ASBO legislation, the test for which included wording to the effect that ASBOs could only be issued where an actual act of ‘harassment, alarm or distress’ had occurred.[quote]Many believe they have rights

to protest, assemble and

associate that they lost a

decade ago, simply because

they have never actually

IPNAs have a much weaker test, applicable where on the ‘balance of probabilities’ a person has or might engage in behaviour ‘capable of causing annoyance’ to another person.

How many times a day could this legislation apply to any of us?

Eating with our mouths open, talking too loudly into our phones in a public space, walking too slowly or quickly or belching without saying ‘pardon me’.  All of this may very well cause annoyance – but soon it might well also be illegal.

The orders can be issued to anyone aged 10 or over (and we all know how well 10 year olds are at being annoying), and there is no limit on how long an IPNA can be applied to a person for.  A person could receive an IPNA for 10 and retain it their entire life.

Whereas an ASBO could only desist the subject from certain actions, the IPNA includes ‘positive obligations’ (p10).  This means the subject of an IPNA can be found in breach not simply for doing things they have been banned from doing, but from not doing things that the IPNA states they must.  This makes an IPNA much closer to probation and other post-conviction arrangements than a civil order.

An IPNA can be applied for by Local Authorities, police, some transport bodies and some NHS authorities.

The consequences of breaching an IPNA are serious.  The breaching of an IPNA has been added to the conditions for securing possession of a home – meaning a 10 year old child breaching their IPNA could result in the entire family being evicted from their council house. Breaching the orders can also result in jail time for anyone over 14.

Even the Association of Chief Police Officers (ACPO), giving evidence on the proposals, argued that this could lead to further criminalisation of children and called on the government to think again.

But the plans move along unaltered.

Public Spaces Protection Orders (PSPOs), and new Dispersal Orders will replace Designated Public Space Orders, Dog Control Orders, Gating Orders and a host of other orders intended to keep aggressive drunken people or drug dealers or dog poo off our streets.  But it is plain that the target for these laws is no longer the person peddling illegal drugs, but the people sharing politically challenging ideas.

These new powers present the most significant threat to lawful assembly and protest in modern history.

PSPOs will be granted where ‘activities carried on or likely to be carried on in a public place will have or have had a detrimental effect on the quality of life of those in the locality’ (p21).  They can be used to restrict an activity or require people to perform an activity in a certain way.

They require substantially less consultation than current alcohol free zones or dog control zones and rather than applying to everyone, they can be applied to specific groups of people (the homeless, the unemployed, racial/religious groups etc.) – opening the door for discrimination.  These rules could see homeless people or young people lawfully excluded from public spaces.

PSPOs are subject to ‘on the spot’ fines, rather than attendance at a Magistrates’ Court, reducing the scrutiny and checks on police power.

These orders are also by no means short term.  They can be applied for up to three years, and continued for another three years at the end of their term.

The orders have been heavily challenged by Liberty and The Manifesto Club on the basis that they will seriously infringe upon people’s freedom to assemble, associate and protest.  The Ramblers (the walking charity) have also given written evidence to the government raising their fears about the further appropriation of public highways, by ways and footpaths under the PSPO powers. 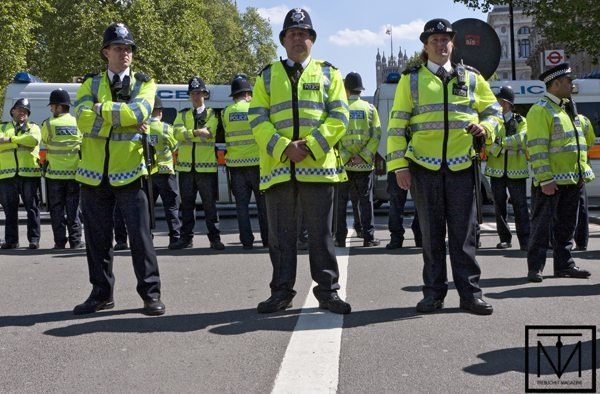 Under the current Direction to Leave powers, anyone over 10 years of age can be asked to disperse from a ‘locality’ and stay dispersed for period not exceeding 48 hours.

Current Dispersal Orders mean a Police Superintendent (or an officer with specific written authority from the SI) can disperse groups or two or more people in areas where there has been ‘persistent anti-social behaviour’ or take home any young person under the age of 16 who is in a dispersal zone between 9pm and 6am.

Anyone failing to comply with a Dispersal Order faces a fine of up to £2,500 or up to three months in prison.

Downing Street clearly do not feel this is tough enough.

The new Dispersal Powers mean police constables and even Police Community Support Officers (PCSOs) can issue dispersal orders if they think a group of two or more persons might harass, alarm or distress others in the vicinity (p16).

The PCSO or constable can specify how long the person/group must remain out of the designated area, and by which route they must leave, and also confiscate any items of their property which they deem anti-social.  Failure to comply with any element of these orders results in a fine of up to £5,000 or three months in prison.

The new legislation also fails to define ‘locality’ – meaning a person could be excluded from a city, a county or even a whole country (p17).  In fact, York couldn’t even wait for the new legislation to pass and is already implementing the powers.

These new laws effectively end freedom of assembly in England and Wales, as any lawful assembly can be instantly redefined as illegal on the spot by some part time PCSO, people’s personal possessions can be confiscated, and anyone who dares to challenge the process will end up in jail.

One could be forgiven for despairingly enquiring: ‘What it will take for the slumbering British public to awake to the fact that the legal and physical infrastructure of a police state is being built around them?’

Many believe they have rights to protest, assemble and associate that they lost a decade ago, simply because they have never actually attempted to claim them.   They remain imaginary rights, never cashed in.

As someone who has found herself arrested, locked up and later cleared by a court twice in recent years for peaceful protest – I discovered for myself how much things had changed while I wasn’t looking.  So without getting everyone to attend a protest and get arrested, we rely on communicating the changes to those who might not experience them directly.[quote]These new powers present

the most significant threat

to lawful assembly and

But while the BBC, our main broadcaster, has devoted its resources to stick a correspondent up the arse of anyone with the faintest connection to the Royal Baby – no such resources have been devoted to informing on the curtailing of our most basic freedoms. Defenders of the BBC may argue they are there to cover the news, not make it – this is an outright lie.

The media create stories as well as cover them, many people glean what is important from how much it is being talked about on the news and in the papers.

Imagine if journalists were door-stepping David Cameron, human rights campaigners and police authorities all day every day asking what on earth was going to happen with our human rights? If 19 pages of the Sun (news)paper wasn’t talking about the Royal Baby but our eroded civil liberties?  Things would look very, very different.

In the meantime, it’s up to all of us with an interest to shout it from the roof tops.  We have a hell of a fight on our hands here, and most folks still don’t even know it.

Next Story:
Imperial Teen : The Borderline

72 Replies to “The Birth of a Police State”