Dear Media, Where Were You?

A few days ago on 5th November, hacktivist group Anonymous succeeded in mobilising hundreds of thousands of people in 477 locations in over 150 countries around the world. 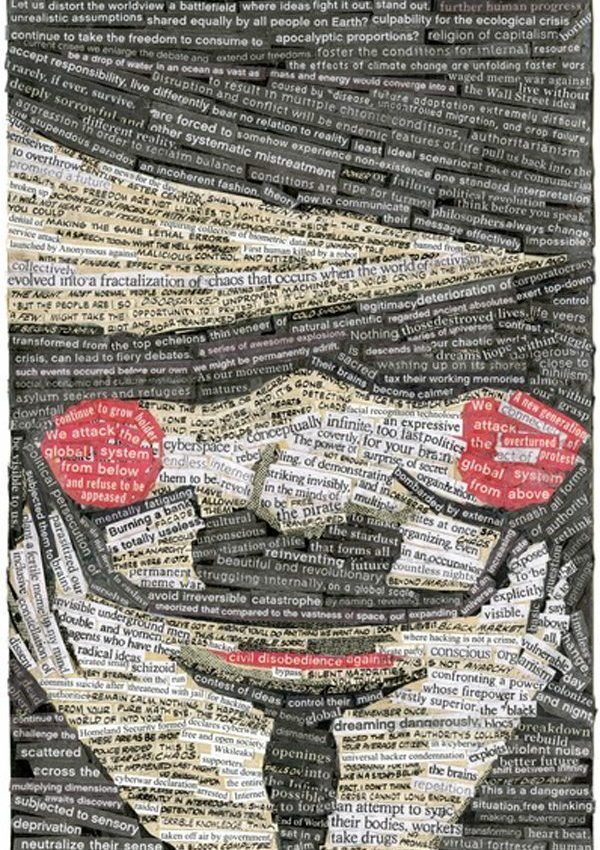 [dropcap style=”font-size:100px; color:#992211;”]A[/dropcap] few days ago on 5th November, hacktivist group Anonymous succeeded in mobilising hundreds of thousands of people in 477 locations in over 150 countries around the world.

Protesters wearing Guy Fawkes masks hit the streets of in Indonesia, North America, Asia, Europe and South America, calling time on our current political and economic system. However, you could have watched every BBC News programme that night, and most other UK based news outlets and had no idea what was going on.  Where were they?

The Million Mask March was a call for action.  In response to an unjust and unsustainable political and economic system which operates globally, the call came to mount a protest march on the same scale.  It was a symbolic recreation of a revolutionary scene in the cult film ‘V for Vendetta’.

It was a march against many things; political corruption, capitalism, the global dominance of the financial services industry, austerity, the democratic deficit in people’s lives, the assault on the welfare state, soaring bills and falling wages.  It was a shot across the bows of political elites across the world – ‘We know what you are up to, and we will not let you get away with it’.

Some may well ask – yes but what were their demands?  There were no demands.  Except get out of the way.  Demands confer an authority and legitimacy on those whom you make them of.  Many involved in last night’s protest denounce their governments and are not seeking to make a deal.

The groups contain a raft of political ideologies including anarchism, socialism, libertarians and so on.  A growing number are calling for:

This was not some fist bump to an internet meme, but a thoughtful, passionate statement of solidarity on a global scale.[quote]The atmosphere of the London

The atmosphere of the London march was passionate, high spirited and raucous.  There was a feeling of tension as the police made their presence felt, forming random kettles to contain the protest.

Members of the People’s Assembly occupied Westminster Bridge and burned their energy bills (and effigies of the Coalition government).

The march in London ran through Parliament Square, stopped traffic at Trafalgar Square, and finally assembled outside Buckingham Palace, where fireworks were launched directly at the Palace, striking the roof and walls.

While Qatar based Al-Jazeera news channel, RT, The Huffington Post and other outlets were covering the run up to the march, and updates on events across the world – the UK’s main media sources were either silent, or snarky.

The BBC News Website finally piped up at gone 10.30pm with an article so small and hidden away it might as well not as bothered.

The BBC News at 10 failed to mention that thousands of people were marching in UK cities and across the world.  Not one word.  Not one image.  Nothing.

BBC Newsnight featured approximately ten seconds of footage from the London demonstration, failing to mention that parallel protests were occurring across the world.[quote]It was a shot across the bows of

political elites across the world –

‘We know what you are up to, and

we will not let you get away with it’[/quote]

Sky News waited until the following morning to file a story on their website about the global protest.  Their story focussed on the appearance of Russell Brand heading a mini riot of goons.

ITV News made several despatches, and some were approaching half sensible.  Most, however, were so far off piste as to render them pointless.  Headlines of theirs included:

‘Russell Brand becomes Face of UK’s Anonymous Protest’  – because he happened to be in the crowd, surrounded by other faces,

‘Hundreds of protesters gather outside parliament’ – when it was clearly thousands.

The printed press hardly did much better.

The Daily Mail produced its usual rambling hyperventilation, again focussing on Brand’s attendance.  The whole piece recreates the event in a similar vein to Sky News – out of control, thuggish, violent and abusive.

The Guardian probably did the best coverage, creating a contributions page where protesters and citizen journalists could upload their experiences in writing or pictures, direct to the Guardian website.  That’s more like it.

All in all, if Russell Brand hadn’t been there, it’s not clear that any of the UK media would have been reporting the protest.  And none of them actually bothering to contextualise it.

This is the information age, and it is awesome that we are able to share and create our own platforms – but this does not wholly mitigate the problems created by a domestic mainstream media failing in its duty to reflect reality on the ground.

The purpose of protest is to create tension.  The mainstream media has by far the biggest access and clout to whip up an issue and make it the thing that people are talking about.

The politicians can’t move without having to engage with the questions on immigration. This is why many people think we have an immigration problem – when we actually don’t.

While the media are busy misdirecting public attention to a fringe issue, they utterly neglect the biggest issue of our time.

Hundreds of thousands of people march against political and economic corruption in a simultaneous, global protest across every inhabited continent…and where are the questions? Where is the pressure for the faces of the establishment to engage with these very real, very relevant issues?[quote]If the mainstream media isn’t

going to do the job, we need to[/quote]

This is creating two worlds inhabiting the same space.  In one world, created by the mainstream media and the establishment, people see short term necessary cuts to balance the books, economic growth, development and progress on injustice and poverty, and mass entertainment.  In another world, those who use twitter, Facebook, blogs and alternative news sources and who attend protests see vast political corruption, economic injustice, impending ecological disaster and growing protest and political movements across the world gaining ground.

While many are quick to bash that strutting manarchist Russell Brand for daring to have an opinion – he has at least created a little bridge between these two worlds.  We should be storming across that bridge, ending the other world pantomime and drawing people together in the real world.

The more we can do to bring these worlds together, the better.  If the mainstream media isn’t going to do the job, we need to.  It is going to be hard, but it is not impossible.

The Zeitgeist Movement – check out the Zeitgeist movies.  Excellent information on economics, money, science and a great piece on the resource based economy.

Occupy London – keep up to date with the antics of the Occupiers.  Who knows when we’ll be occupying our cities again?

Reel News – a great source of news which focusses on dissidence, campaigns and new ideas.

Next Story:
A Stab in the Dark : Mugger Patterns