Spin electronics could have important implications for future electronic devices and the transfer of information at the quantum level. 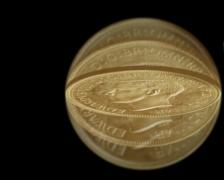 Introducing ‘Spin electronics’ : impress your friends with knowledge of this bleeding edge technology and quantum communication.

An international team of scientists has shed new light on a fundamental area of physics (spin electronics) which could have important implications for future electronic devices and the transfer of information at the quantum level.

The electrical currents currently used to power electronic devices are generated by a flow of charges. However, emerging quantum technologies such as spin electronics, make use of both charge and another intrinsic property of electrons – their spin – to transfer and process signals and information.

The experimental and theoretical work, carried out by researchers from York’s Department of Physics, the Institute of Nanoscience in Paris and the University of Missouri-Columbia, USA, could have important implications for spintronics and quantum information technologies.

The team looked at semiconductors’ structures  the base of current electronic devices and of many spintronic device proposals – and the problems created by internal fields known as spin-orbit fields. In general, these tend to act differently on each electronic spin, causing a phenomenon referred to as ‘spin-decoherence’. This means that the electronic spins will behave in a way which cannot be completely controlled or predicted, which has important implications for device functionalities.

To address this problem, the scientists looked at semiconductor structures called ‘quantum wells’ where the spins can be excited in a collective, coherent way by using lasers and light scattering.

will behave in a

They demonstrated that these collective spin excitations possess a macroscopic spin of quantum nature. In other words, the electrons and their spins act as a single entity making them less susceptible to spin orbit fields, so decoherence is highly suppressed.

The theoretical work on spin electronics was led by Dr Irene D’Amico from York’s Department of Physics, and Carsten Ullrich, an Associate Professor from Missouri-Columbia’s

Department of Physics. The project began with their prediction about the effect of spin Coulomb drag on collective spin excitations, and developed into a much larger international project spanning over three years, which was funded in the UK by a Royal Society grant, with additional funding from the Engineering and Physical Sciences Research Council (EPSRC).

Dr D’Amico said: “This work has developed into a strong international collaboration which has greatly improved our understanding at fundamental level of the role of many-body interactions on the behaviour of electron spins.

“By combining experimental and theoretical work, we were able to demonstrate that through many-body interactions, a macroscopic collection of spins can behave as a single entity with a single macroscopic quantum spin, making this much less susceptible to decoherence. In the future, it may be possible to use these excitations as signals to transport or elaborate information at the quantum level.”

After reporting their results in the journal Physical Review Letters last year, the team of scientists confirmed and extended the results by considering different materials and type of excitation.

The second set of experiments, were recently reported in Physical Review B (Rapid Communication) and highlighted by the Journal as an ‘Editor’s Suggestion’.

Dr Florent Perez, who led the experimental work with Florent Baboux, at the CNRS/Université Paris VI, says the results strongly suggest that the quantum nature of the macroscopic spin is universal to collective spin excitations in conductive systems.

He said: “The collaboration with Irene D’Amico and Carsten Ullrich has been particularly powerful to disentangle the puzzle of our data. In our first joint work we constructed an interpretation of the phenomenon which was confirmed in a second investigation carried out on a different system. This paved the way for a universality of the effect.” 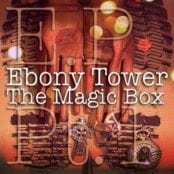