Get Yo Head Out Da Bassbin! Moving Objects With Acoustics Alone

[dropcap style=”font-size:100px; color:#992211;”]G[/dropcap]iven that police forces worldwide have been using sonic waves against protesters for decades, and that Soviet research in the 60s and 70s focused on the use of soundwaves as a weapon of mass destruction, there is a degree of precedent in the use of sound as a motive force.

However, we tip our hats to the researchers of Aalto University who have recently published observations on the art of moving objects using sound alone, including a demonstration in which the metal letters of a word were correctly arranged using melody. That’s stylish.

Think about what they’ll achieve when someone introduces them to dub reggae.

Researchers of Aalto University have made a breakthrough in controlling the motion of multiple objects on a vibrating plate with a single acoustic source. By playing carefully constructed melodies, the scientists can simultaneously and independently move multiple objects on the plate towards desired targets. This has enabled scientists, for instance, writing words consisting of separate letters with loose metal pieces on the plate by playing a melody. 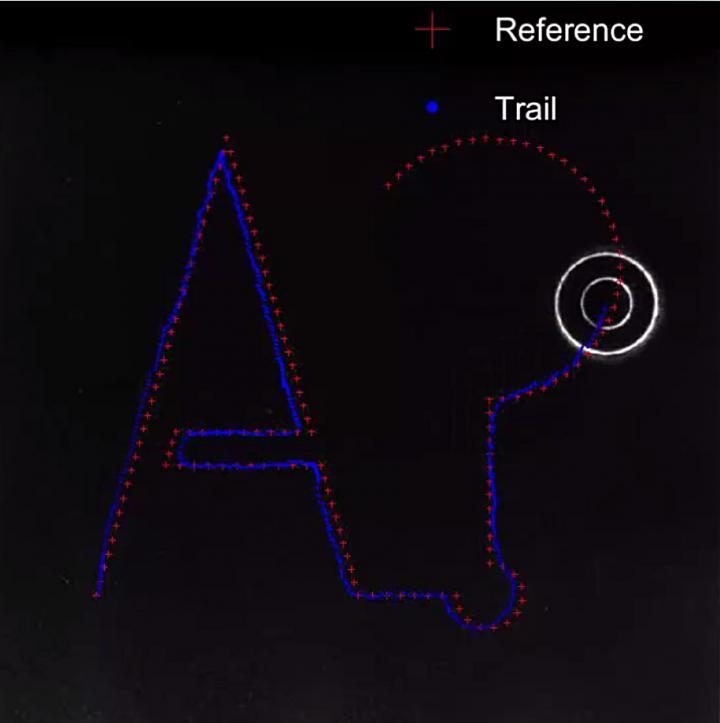 Already in 1878, the first studies of sand moving on a vibrating plate were done by Ernst Chladni, known as the father of acoustics. Chladni discovered that when a plate is vibrating at a frequency, objects move towards a few positions, called the nodal lines, specific to that frequency. Since then, the prevailing view has been that the particle motion is random on the plate before they reached the nodal line. “We have shown that the motion is also predictable away from the nodal lines. Now that the object does not have to be at a nodal line, we have much more freedom in controlling its motion and have achieved independent control of up to six objects simultaneously using just one single actuator. We are very excited about the results, because this probably is a new world record of how many independent motions can be controlled by a single acoustic actuator,” says Professor Quan Zhou.

The objects to be controlled have been placed on top of a manipulation plate, and imaged by a tracking camera. Based on the detected positions, the computer goes through a list of music notes to find a note that is most likely to move the objects towards the desired directions. After playing the note, the new positions of the objects are detected, and the control cycle is restarted. This cycle is repeated until the objects have reached their desired target locations. The notes played during the control cycles form a sequence, a bit like music.

The new method has been applied to manipulate a wide range of miniature objects including electronic components, water droplets, plant seeds, candy balls and metal parts. “Some of the practical applications we foresee include conveying and sorting microelectronic chips, delivering drug-loaded particles for pharmaceutical applications or handling small liquid volumes for lab on chips,” says Zhou. “Also, the basic idea should be transferrable to other kinds of systems with vibration phenomena. For example, it should be possible to use waves and ripples to control floating objects in a pond using our technique.”