Smell the air and rub the sky

For most of us in the cities and towns the weather is just something that happens to us, something inconvenient, an impediment. Perhaps we should pay it more attention. 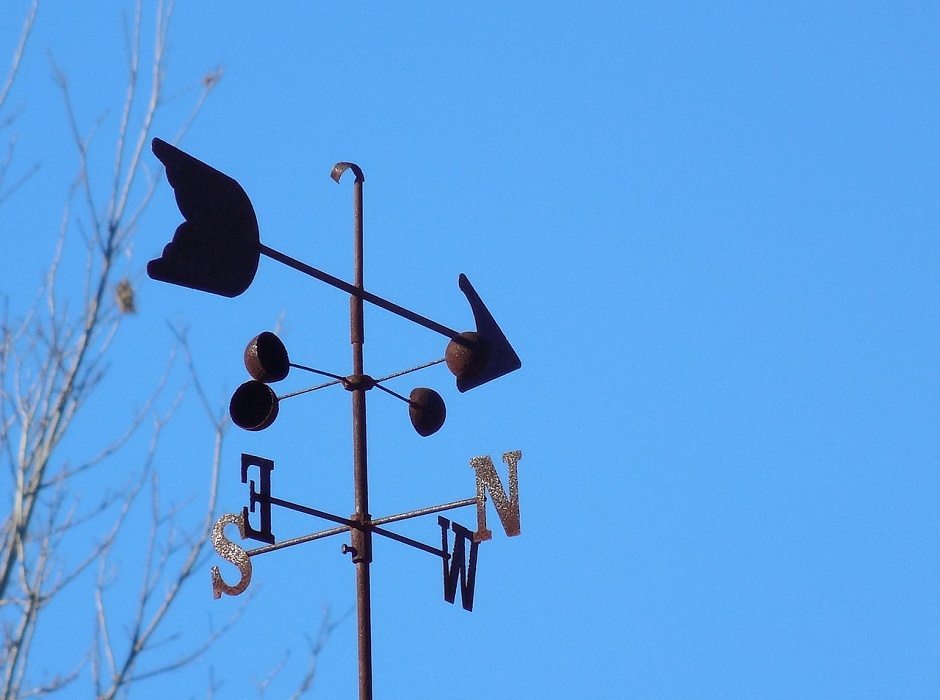 [dropcap style=”font-size:100px; color:#992211;”]A[/dropcap] few weekends ago I was sat round a fire in Devon chatting to a warm and fascinating couple who, it transpired, are training to be graniceros, which is to say, weather shamans.

A Mexican, Huichol, tradition, this requires you to pay particular attention to the weather and to perform a small (and secret) ritual whenever it changes. To become a granicero, you have to be chosen by the weather gods, and the usual sign is that you’ve been struck by lightning.

I’m no weather shaman and I’ve certainly no desire to be at the receiving end of a thunderbolt (indeed, the couple’s story put me in mind of Lady Bracknell: for one of you to be struck by lightning may be regarded as a misfortune; for both looks like carelessness.) But it’s true to say that I do try and notice the weather. Not the forecast. The weather. It’s an interest I’ve picked up from my father, who cannot pass a barometer without peering at it down his nose and giving it a helpful tap or two. I’ve always wanted to be one of those bluff country coves who, derided for wearing a mac when the sky is blue, has the last laugh when the heavens open.

From folk sayings to shepherd’s almanacs, prognostication has a poor track record, which is why we have the science of meteorology. But a small measure of my success is that when I travel elsewhere – to Cornwall or the Lakes, say – I can’t read the weather at all. I couldn’t say whether it will rain or not, or whether the mist will lift or roll in more thickly from the sea.

At home, however, I can usually tell just by looking out the window whether I need to pack my cagoule. Whereas my father trusts in his daily readings of temperature and precipitation, I prefer to look and listen. I think it’s possible to know the weather in a qualitative way, quite apart from occluded fronts and isobars and thermal inclines. I think it’s something you can learn to feel.

And though today is bright and sunny, with a few high mare’s tails and a gentle north westerly, I can’t escape the feeling that something is wrong. It’s not just the extreme events – the flash floods or the baking hot days in April or the droughts or that the blackberries are already ripening and it’s not even August – it’s the creeping sense that the weather is changing. We don’t seem to get a summer anymore. April showers have moved to June where they linger till August. The summer has become a rainy season, with endless jets of cool wet air sucked in from the west. The clouds look troubled and scour the land with the weight of a millstone.

We live on a small island off the North West coast of Europe where the gulf stream keeps us warm and makes our weather ever changeable and unpredictable. I know. It’s so very British to talk about the weather. But, forgive me, I think this is different. It’s almost like we’re at the opening of some sci-fi novel: the signs were there, if only we’d noticed. (And if you don’t trust me, have a listen to what indigenous people are saying around the globe.)

I try and lead a low-carbon lifestyle (as much as that is possible). I worry about Kyoto and Copenhagen and politicians’ abject failure to address the most pressing problem there is. But I think climate change is already with us. I think we crossed the event horizon decades ago. I have no idea what that means.

Talk of graniceros has prompted me to go out each day, to smell the air and rub the sky with a new intensity. For most of us in the cities and towns the weather is just something that happens to us, something inconvenient, an impediment. Perhaps we should pay it more attention.

My hunch is that we might just need those country skills, and, with all respect to the Huichol, we probably shouldn’t wait for a bolt from the blue.

Previous Story:
We Can Heal That For You Wholesale : Injectable Medichines

Next Story:
Just Laibach and Think of Korea [Laibach]