Sanctions vs. Tax Havens in the New Cold War

As long as tax havens reign, Western sanctions will have little effect on Russian aggression. 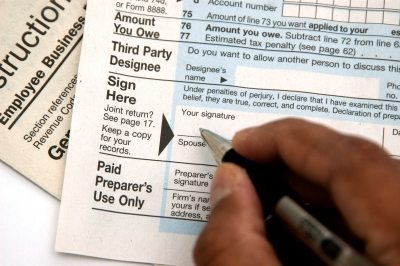 [dropcap style=”font-size:100px;color:#992211;”]C[/dropcap]rimea has voted to join Russia. Russia has voted to annex/assimilate Crimea. The West has imposed sanctions against Putin’s inner circle. In the end, they’ll be laughing all the way to the bank thanks to Western tax havens.

The New Yorker played out satire claiming that Obama had blocked Putin’s Netflix account, cutting him off from the newest season of House of Cards and Orange is the New Black. Let’s be honest, he’s really been watching Rocky IV and Red Dawn in a dark room by himself. Watching, and waiting.

What the Obama administration and the EU have actually done is far more mundane – asset freezes and visa bans against Russian oligarchs, a Russian bank, and Gunvor, one of the world’s largest commodity trading firms.

Sanctions, however, have never been very effective in the international sphere. A Netflix ban would probably have more effect on the majority of Russian oligarchs, simply for the fact that they’d have to send a lackey to The Pirate Bay.

Visa bans are an inconvenience. Omar al Bashir has been under indictment by the International Criminal Court for years now, and it hasn’t limited his movements around Africa or China. There are several high-level Zimbabweans who have lived under visa bans for the better part of five years after election violence in 2008, yet all are still in high-level positions within the army and intelligence services.

Having to delay your shopping trip to New York City doesn’t seem to have the same impact when Dubai is so much closer and tax-free to boot.

Asset freezes are only problematic if you’re keeping your money in a Western bank that cares about such things. For those Russian officials who were foolish enough to leave their money abroad in accounts tied to their name, there’s little they can do now. However, the banks have always kept a parallel structure that doesn’t really care about the modern idea of nation-states.

We’ve covered it before at Trebuchet – how Western banks have held money for drug runners, terrorists, and corrupt officials the world over. It’s really very simple. If you’re a corrupt Russian oligarch, a drug kingpin, or an arms dealer, you establish a shell company to hold your money offshore.

It works like this – get a guy (or woman!) in Dubai, the British Virgin Islands, Hong Kong, etc. to set up a company for you. He or she is the director, but it’s just a name on the mail box. Really, it’s all a sham.

He signs power of attorney over to you. You have control of all your assets and can move them around whatever tax-free jurisdiction you want. Your money is his money, in name only, which means it has freedom of movement to any market in the world.

Oftentimes, these shell companies are so opaque that it’s impossible to get beyond the first layer. The name on a mailbox in Hong Kong may belong to a trust company registered in the British Virgin Islands, which might have a director in the Caymans, who may or may not be a real person.

These systems couldn’t exist without the direct support and/or grudging tolerance of the West. Russian oligarchs have long stashed their money away in the City of London. It is part of the reason why there are around 200,000 Russians living in London, and why property prices are sky-high despite many of the most expensive houses standing empty and decayed.

The UK allows these Russian oligarchs to live on its soil because, let’s face it, illicit money from pillaged former Soviet satellites is good for the UK economy. Or at least for those few super-wealthy who launder the ill-gotten gains.

It isn’t just the UK that benefits though. Many might remember Cyprus’s banking collapse, which imposed caps on how much depositors could claim as the banks folded. The average Cypriot probably did not have over 100,000 euros in the bank. The raft of Russian oligarchs using the island as a tax haven, however, did.

The British Virgin Islands, the Isle of Man, Sark, Jersey, Guernsey, Hong Kong, the Caymans, Mauritius, Dubai, the US state of Delaware, Luxembourg, Switzerland, all are major tax havens holding unknown trillions of dollars of the world’s wealth, and because they serve the wealthy and powerful, they’re allowed to function pretty much independently of any regulation.

What Western governments take away with one hand, they return with the other, through their tolerance of tax shelters, which benefit the wealthy and powerful at the cost of their own citizenry. Tax sheltering, offshoring, and transfer pricing are the tools that allow companies like Apple and Amazon to avoid paying their fair share and supporting schools, hospitals, roads and schools.

They’re also the same mechanisms that allow powerful politicians and businessmen to move their money away from the places where they made it, allowing dictators and despots like Putin, Mugabe, and Mubarak to hide billions while graft, corruption, and human rights abuses continue to tear apart the lives of their fellow citizens.

Interested in more? Check out some of the work done by the International Committee of Investigative Journalists, the Tax Justice Network, and Nicholas Shaxson’s excellent book, “Treasure Islands: Tax Havens and the Men Who Stole the World.”

Next Story:
Now Computers Can Detect Your Pain