Reliable Witness. At the launch of Bleeds. (Roots Manuva)

One of the best dreams I’ve ever had was that I’d invented a microphone that made everything you said sound exactly like his voice – which is an idea I still think is worth serious investigation.

I am clearly not alone. It’s been almost 20 years since his first album, and in that time it feels like he has become almost a national treasure – certainly to anyone with even the most passing interest in UK hip hop.

But precisely because he has been around that long, I have started to greet news of each new album with a mixture of excitement and dread. After all, no one can keep producing great music forever, and whilst I could listen to Roots Manuva reading out the instructions from a pack of haemorrhoid cream and probably love it, I’m not quite sure I want to be there when he releases his equivalent of the ill-advised David Bowie drum and bass album. 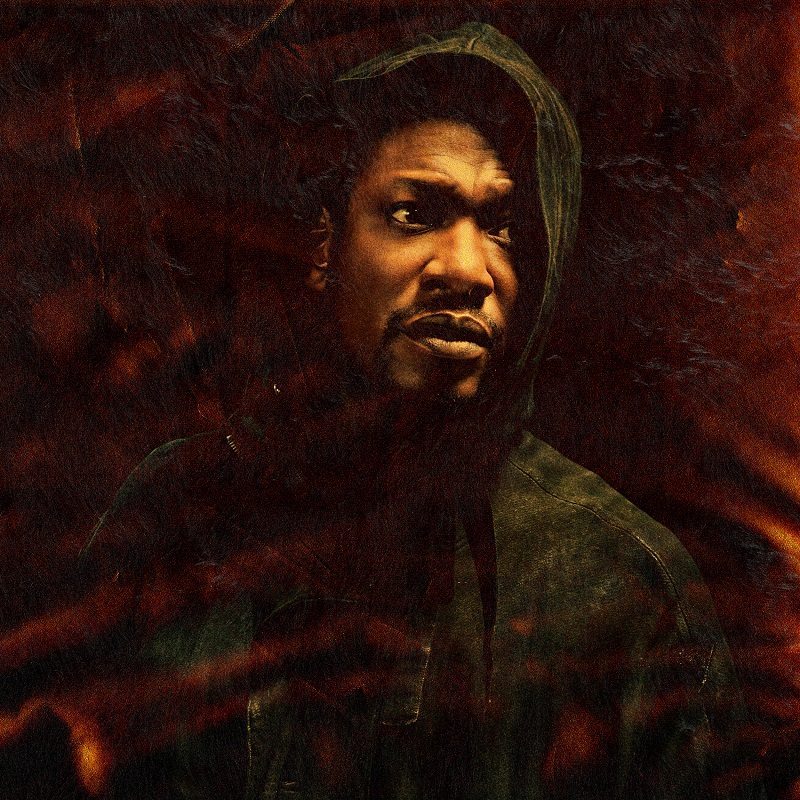 So it was with some trepidation that I went along to the launch of his latest album, Bleeds. Not least because of the nagging doubt that the most enjoyable bits might be when he played his old stuff and that the crowd would be waiting for him to finally get around to playing ‘Witness’.

Fortunately, he didn’t just banish the doubts, he made me feel ashamed for even having entertained them in the first place. The rest of the crowd certainly didn’t seem to share my concerns – the buzz was palpable from the moment we got there, and whilst everyone was clearly a diehard, that didn’t detract from the genuine feeling that this was an event.

And it was. From the moment he walked on stage he was magnetic. Album launches usually don’t feel like anything special – often exactly the opposite, with half the crowd there on freebies and a sense that the band are going through the motions until the real tour starts. But here the small venue and superb sound was backed up by the sense that there is a genuine connection between the stage and the crowd – helped by the fact that everyone seemed to know all the words to the new album already.

The set is long, nearly two hours, and well-judged, with the odd old track dropped in amongst the new, and the best compliment you can pay being that the new didn’t suffer from the comparison. Songs like “Clockwork” or “Colossal Insight” are not there to drag the quality up, but just to serve as a little reminder of quite what a back catalogue he has to draw on.

The band are also great, with the new tracks sounding more muscular than on the record with live drums, and more melodic thanks to the backing singers and string section. Someone does need to have a word with the annoyingly named “Chris P Cuts” and confiscate his Kaoss pad, but you can’t have it all, and by the time the main set closed with “Fighting For” I was willing to forget even that.

And, of course, the crowd want more. If you’ve ever seen Roots Manuva live, you will know that he doesn’t seem to be especially fond of giving encores, but here there are three – including “Motion 5000”, which just about made my night. By the time he finishes with “Witness”, it feels like a final treat rather than the main event, and the man himself is off the stage and in the crowd.

One day, the magic will definitely fade. But that day, I am happy to say, was not today.

Next Story:
Who’s the Innovator When it Comes To Scratch? Pimp Your Toothbrush.