Relax. You Can Change

young people, middle-aged people and older people all believe that they have changed a lot in the past — but that they will change relatively little in the future. 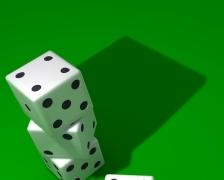 That New Year’s resolution is not futile after all. Your future self is not defined; it’s your choices, not your birth that define you; the sorting hat can go sod itself, and the truth is a lemon meringue.

A new study that polled more than 19,000 men and women between the ages of 18 and 68 shows that, although people appreciate how their personalities and values have changed in the past, they generally believe that they won’t change much more in the future.

This tendency to treat the present as a watershed moment, at which one has finally become the person they will remain for the rest of their lives, can lead people to mis-estimate their future behaviors and preferences, according to the study’s authors.

For example, Jordi Quoidbach and colleagues, who performed this large-scale social study, asked participants how much they would be willing to pay to see their favorite band perform 10 years from now.

The amounts they were willing to pay were consistently higher than those reported by people ten years older who had been asked to estimate how much they would pay today to see their favorite band from ten years ago perform.

The researchers analyzed their participants’ behavior, ideals, principles and preferences, comparing how much a 33-year-old, for instance, believed they would change in the next ten years to how much a 43-year-old believed they had already changed in the past decade.

Their findings make it clear that young people, middle-aged people and older people all believe that they have changed a lot in the past — but that they will change relatively little in the future. “History, it seems, is always ending today,” wrote the researchers. “Both teenagers and grandparents seem to believe that the pace of personal change has slowed to a crawl and that they have recently become the people they will remain.”

Next Story:
GOVES: A Crèche for the Lonely and Peculiar