Real Life or Social Media – How Many Friends is Too Many?

Are you really my friend? Social media isn’t the same as real life, but a new study suggests the same skills apply. How does it all work?

[dropcap style=”font-size:100px; color:#992211;”]A[/dropcap] return to our quasi-regular news feature in which we bite the hand that feeds and recommend that you get off your phone and get outside for a bit.

Except that it’s January, and outside has a habit of getting down the back of your neck or into your socks right now. Still, at least it gets you away from smug beach photos from sundrenched antipodeans.

Social media may seem to be a way to make and maintain hundreds of friendships. But University of Oxford research, supported by Dorset bakers Thomas J. Fudge’s, suggests that the constraints that limit the number of friends we have offline also apply online. The study is published in the journal Royal Society Open Science.

Offline, research has given rise to what’s called the Social Brain Hypothesis. This says that our brain’s ability to process multiple relationships creates a natural group size for humans of 100 – 200 people. This size is also constrained by the time required to maintain relationships – we only have so much time to devote to meeting or talking to people.

It has been suggested that social media might overcome the constraints because posts, tweets and pictures allow us to talk to many more people at the same time even if the interaction is not direct. So psychologist Professor Robin Dunbar carried out two surveys of more than 3300 people to see whether using the internet really means we can have more friends.

What he found was that even among regular social media users, the average number of friends they had on Facebook was 155 in the first survey and 183 in the second, right in the bracket predicted by the Social Brain Hypothesis.

Women had more friends than men (In the first sample, women averaged 166 and men just 145 friends; in the second, it was 196 vs 157), while – perhaps unsurprisingly – older generations had fewer friends than younger ones.

The first survey group, made up of regular social media users, considered only 28% of their Facebook friends to be ‘genuine’ (ie close) friends. When asked specifically how many people they would turn to for support in a crisis and how many they would turn to for sympathy, on average those groups were just 4 and 14 friends respectively, matching the offline findings of the Social Brain Hypothesis. 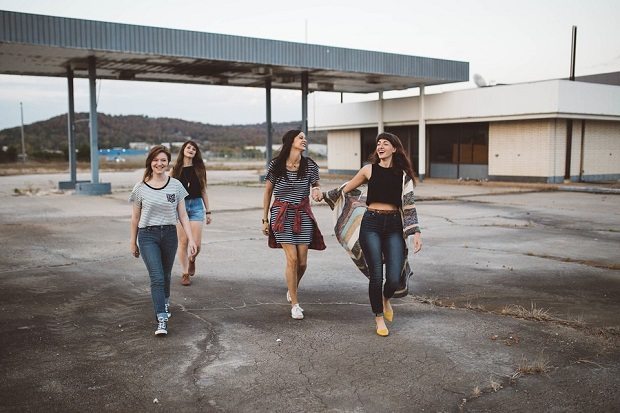 While a few people did have much larger groups of online ‘friends’ on Facebook, they had similar sized support and sympathy groups to others. This suggests that when social media seem to allow someone to have more friends, it is because looser acquaintances were being included in the ‘friend’ category, partly because social media sites tend not to differentiate between close and more distant relationships – even though we clearly distinguish between friends and acquaintances in the offline world.

Professor Robin Dunbar explained: ‘Social media certainly help to slow down the natural rate of decay in relationship quality that would set in once we cannot readily meet friends face-to-face. But no amount of social media will prevent a friend eventually becoming ‘just another acquaintance’ if you don’t meet face-to-face from time to time. There is something paramount about face-to-face interactions that is crucial for maintaining friendships. Seeing the white of heir eyes from time to time seems to be crucial to the way we maintain friendships.’

Sue Fudge, Director at Thomas J. Fudge’s said: ‘Although social media may seem like the perfect way to make and maintain friendships, this research shows that face-to-face interaction is essential for truly authentic relationships and that shares, selfies and ‘likes’ are no replacement for the bonding that takes place whilst sharing food, experiences and anecdotes.’

Next Story:
Barbican Babel (Terence Blanchard and the E-Collective, live)