Scientists succeed at measuring the unmeasurable – demonstrating quantum forces without disturbing them.

[dropcap style=”font-size:100px; color:#992211;”]W[/dropcap]hen a scientific report goes with a title including the phrase ‘quantum surrealism’, it’s the equivalent of a Buzzfeed clickbait listicle of The Seven Awesome Scientific Sex-Boosting Secrets to Make YOU More Richer (You Won’t BELIEVE Number 3!).

Still, you have to read it. It’ll burrow away at your sense of sneer until you do.

New research demonstrates that particles at the quantum level can in fact be seen as behaving something like billiard balls rolling along a table, and not merely as the probabilistic smears that the standard interpretation of quantum mechanics suggests. But there’s a catch – the tracks the particles follow do not always behave as one would expect from “realistic” trajectories, but often in a fashion that has been termed “surrealistic.”

In a new version of an old experiment, CIFAR Senior Fellow Aephraim Steinberg (University of Toronto) and colleagues tracked the trajectories of photons as the particles traced a path through one of two slits and onto a screen. But the researchers went further, and observed the “nonlocal” influence of another photon that the first photon had been entangled with.

“I’m less interested in focusing on the philosophical question of what’s ‘really’ out there. I think the fruitful question is more down to earth. Rather than thinking about different metaphysical interpretations, I would phrase it in terms of having different pictures. Different pictures can be useful. They can help shape better intuitions.”

At stake is what is “really” happening at the quantum level. The uncertainty principle tells us that we can never know both a particle’s position and momentum with complete certainty. And when we do interact with a quantum system, for instance by measuring it, we disturb the system. So if we fire a photon at a screen and want to know where it will hit, we’ll never know for sure exactly where it will hit or what path it will take to get there.

The standard interpretation of quantum mechanics holds that this uncertainty means that there is no “real” trajectory between the light source and the screen. The best we can do is to calculate a “wave function” that shows the odds of the photon being in any one place at any time, but won’t tell us where it is until we make a measurement. 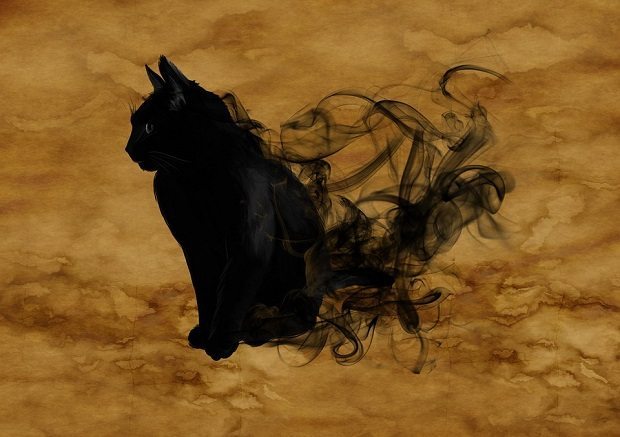 Yet another interpretation, called the De Broglie-Bohm theory, says that the photons do have real trajectories that are guided by a “pilot wave” that accompanies the particle. The wave is still probabilistic, but the particle takes a real trajectory from source to target. It doesn’t simply “collapse” into a particular location once it’s measured.

In 2011 Steinberg and his colleagues showed that they could follow trajectories for photons by subjecting many identical particles to measurements so weak that the particles were barely disturbed, and then averaging out the information. This method showed trajectories that looked similar to classical ones – say, those of balls flying through the air.

But critics had pointed out a problem with this viewpoint. Quantum mechanics also tells us that two particles can be entangled, so that a measurement of one particle affects the other. The critics complained that in some cases, a measurement of one particle would lead to an incorrect prediction of the trajectory of the entangled particle. They coined the term “surreal trajectories” to describe them.

In the most recent experiment, Steinberg and colleagues showed that the surrealism was a consequence of non-locality – the fact that the particles were able to influence one another instantaneously at a distance. In fact, the “incorrect” predictions of trajectories by the entangled photon were actually a consequence of where in their course the entangled particles were measured. Considering both particles together, the measurements made sense and were consistent with real trajectories.

Steinberg points out that both the standard interpretation of quantum mechanics and the De Broglie-Bohm interpretation are consistent with experimental evidence, and are mathematically equivalent. But it is helpful in some circumstances to visualize real trajectories, rather than wave function collapses, he says.