And they said my dissertation was a waste of time.

University of Adelaide researchers have provided new evidence on the long-debated authorship of two famous texts – the US Federalist Papers and the Letter to the Hebrews in the New Testament.

The results of a 10-year project led by Professor Derek Abbott, School of Electrical and Electronic Engineering, was published today in the prestigious journal PLOS ONE.

“We applied our new authorship detection technique to two hotly debated texts, the Federalist Papers and the Letter to the Hebrews,” says Professor Abbott.

The Federalist Papers are a collection of 85 influential political essays written in the late 1700s in the lead up to the US Constitution. Their authorship was originally a guarded secret but scholars now accept that Alexander Hamilton, James Madison and John Jay are the authors. Hamilton and Madison eventually provided a list of what they wrote, but 12 of the essays were claimed by both as sole authorship. Some studies have suggested a 13th essay, normally attributed to Jay, is written by Madison.

“We’ve shown that one of the disputed texts, Essay 62, is indeed written by James Madison with a high degree of certainty,” 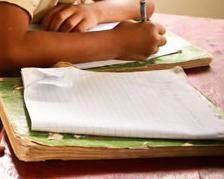 says Professor Abbott. “But the other 12 essays cannot be allocated to any of the three authors with a similarly strong likelihood. We believe they are probably the result of a certain degree of collaboration between the authors, which would also explain why there hasn’t been scholarly consensus to date.”

The researchers turned their attention to the Letter to the Hebrews, traditionally attributed to Saint Paul, but debated since the third century AD with scholars suggesting Barnabas, Luke and Clement of Rome as alternatives.

Testing was done, using the original Koine Greek texts, with these four possible authors, plus the three other gospel authors, Matthew, Mark and John and another possible author, Ignatius of Antioch.

“What we found is that the Letter to the Hebrews is indeed closest to Paul than to any of these other authors,” Professor Abbott says. “But the sting in the tail is that this positive result had only a weak likelihood weighting. There are two possibilities: Luke was the second closest match so there may have been some collaboration between the two, for example if Paul wrote the letter in Aramaic (the Hebrew language) and then Luke translated it into Greek. Or it may simply mean we have yet to find the true author! If the Vatican were to agree to supply us with more extra-canonical texts that we haven’t tried, we would be happy to do more exhaustive tests.”

The new detection system was originally tested against short stories by seven undisputed authors in English including Charles Dickens and Sir Arthur Conan Doyle, with greater than 90% accuracy. This system, which uses multidimensional analysis of the frequencies of commonly used words, can be adapted for other languages.