Epidemics, floods, typhoons or killer bees just won’t be enough to keep the global population below crisis levels as we move into the next century. So sod you, Malthus. Instead, it’s up to social and technological innovation to rescue the planet from the ravages of corporate industrialism and corrupt policymakers.

And who funds social and technological innovation? Oh.

New multi-scenario modelling of world human population has concluded that even stringent fertility restrictions or a catastrophic mass mortality would not bring about large enough change this century to solve issues of global sustainability.

Published in the Proceedings of the National Academy of Sciences of the USA, ecologists Professor Corey Bradshaw and Professor Barry Brook from the University of Adelaide’s Environment Institute say that the “virtually locked-in” population growth means the world must focus on policies and technologies that reverse rising consumption of natural resources and enhance recycling, for more immediate sustainability gains.

Fertility reduction efforts, however, through increased family-planning assistance and education, should still be pursued, as this will lead to hundreds of millions fewer people to feed by mid-century.

“Global population has risen so fast over the past century that roughly 14% of all the human beings that have ever existed are still alive today – that’s a sobering statistic,” says Professor Bradshaw, Director of Ecological Modelling in the Environment Institute and School of Earth and Environmental Sciences. “This is considered unsustainable for a range of reasons, not least being able to feed everyone as well as the impact on the climate and environment.

“We examined various scenarios for global human population change to the year 2100 by adjusting fertility and mortality rates to determine the plausible range of population sizes at the end of this century. 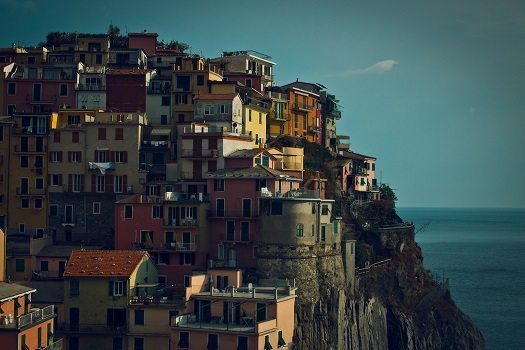 “Even a world-wide one-child policy like China’s, implemented over the coming century, or catastrophic mortality events like global conflict or a disease pandemic, would still likely result in 5-10 billion people by 2100.”

“We were surprised that a five-year WWIII scenario mimicking the same proportion of people killed in the First and Second World Wars combined, barely registered a blip on the human population trajectory this century,” says Professor Barry Brook, Chair of Climate Change at the Environment Institute for this study, and now Professor of Environmental Sustainability at the University of Tasmania.

“Often when I give public lectures about policies to address global change, someone will claim that we are ignoring the ‘elephant in the room’ of human population size. Yet, as our models show clearly, while there needs to be more policy discussion on this issue, the current inexorable momentum of the global human population precludes any demographic ‘quick fixes’ to our sustainability problems.

“Our work reveals that effective family planning and reproduction education worldwide have great potential to constrain the size of the human population and alleviate pressure on resource availability over the longer term. Our great-great-great-great grandchildren might ultimately benefit from such planning, but people alive today will not.”

“The corollary of these findings is that society’s efforts towards sustainability would be directed more productively towards reducing our impact as much as possible through technological and social innovation,” says Professor Bradshaw.