Roxana Halls: The Figure Strikes Back 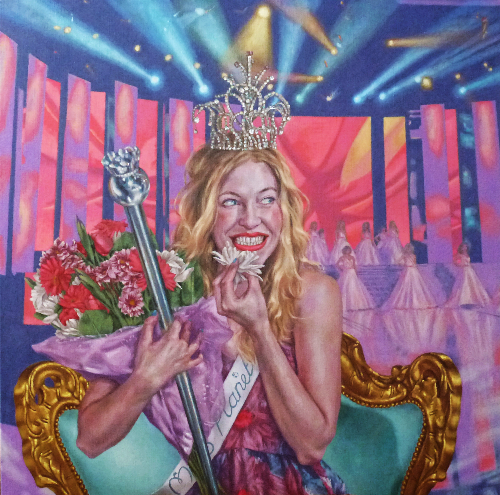 No matter how often the notion of authenticity is kicked around by critics and theorists as a myth, delusion, or even (in scientific circles) as user illusion of the machine there is an undeniable ‘affect’ in looking at the work of a genuinely engaged artist painting the figure which strikes back… and lays claim to something human. This quality is complex, changeable and ambiguous, as humans are prone to be, but is beautifully communicated in the strangely ‘Lynchian’ figurative work of Roxana Halls.

To contextualise Halls, and to make clear that this is no cosy or nostalgic practice, it may be useful to consider a pivotal essay by Griselda Pollock Killing Men and Dying Women (1996), in which Pollock explores the myth of the heroic male master and the legacy of a masculine-dominated painting fraught with subjective inconsistencies and coming under renewed scrutiny and attack. In so doing, Pollock sees this as an opportunity for the female painter:

Instead of using painting as a metaphor, a substitution for the artist, rendering ‘him’ (as this logic demands) the symbol of art, we could explore the practice of painting, in social as well as symbolic space, as a metonymic trace, an index of a socially formed, psychically enacted subjectivity at work (Pollock, G. 1996)

In this way the painter rescues any notion of the human from myths of the ‘whole self’ and preserves painting as a subjective negotiation in space and time, and with other people. As if to actualise this theory, although more likely serendipitous, Halls began showing consistently in the 1990s and has enjoyed sustained relevance ever since.

Two striking self-portraits of this period resonate with the Pollock essay ‘…something different must occur if the painter who paints with such a body is, in fact a woman artist, painting from (or to find) “the creative woman’s body”’ (Pollock, 1996,). Nude (1992) and Absence (1995) both show that from the inception of Halls’ career ambivalence was present, even in classical compositions and subject matter.

Nude depicts a well-proportioned female body sitting in front of a canvas holding a traditional artist’s pallette, the ephemera and framing of the image is the masculine-dominated territory of nude painting: the female naked body the fetishised object. But we know that this depicts the artist, and wonder why she is not aggressively meeting our gaze, as in Manet’s Le Déjeuner sur l’herbe and its many imitators; the cliché of a feminist reversal which, in fact was always about masculine self-knowledge and was never really meant to emancipate.

Instead, Halls’ large eyes look  past the viewer into the middle distance, analysing her own form in a mirror (not depicted), evidence of this analysis being the painting itself. These are subtle and nuanced images. Had she not included the pallette, that stare would be mistaken for the sleepy drift of a Lucien Freud model presenting herself to the master. No, here the vexed confrontation with a male viewer is eschewed along with passive objectification; Halls was simply looking at and for ‘the creative woman’s body’.

Similarly, there is a highly nuanced twist in Absence, indicated in the title which emphasises a void space next to the subject: a beautiful young woman, hair pulled back and draped over one shoulder. Projectability is an aspect of any good painting and this image appears to be where Halls begins to experiment with narrative. This time the subject does stare at the viewer. She is clothed and faintly serious, perhaps the period sofa is associated with a family member, perhaps she is moving house (no other elements inhabit the framed space). We can’t know, but the title Absence immediately implied by the empty seat, seems to declare an independence as well as announce a lack; the body is not defeated by grief, the figure does not require the equally romanticised male counterpart such as that depicted in Halls’ later portrait of Nick Hackworth (2007) that would complete this image (Halls is a happily married gay woman, as Portrait of the Artist and her Wife (2012) attests to).

The young woman depicted, (these paintings both date from early in Halls’ career) has a slightly upturned mouth. Whatever the personal resonances or possible projections, she has presented us with a highly loaded romantic cliché still reverberating with visual force (the attractive debutante), but has also forced us to examine the empty space, setting up a tension and interrupting an easy interpretation. That has amused her in advance; the painted girl watches the viewer grasping for certainty. This tension is less aggressive with the viewer than, say, a Cindy Sherman image (which Halls seems to reference in images such as Dollface, Violet, and Edward from a series in 2003) opting instead to outwit the congealing force of interpretation with endless speculations.

Any painting is a self-portrait.” To what extent is that true, and what does this say about portraiture?

Roxana Halls: “While this is a truism, and one which although I at earlier stages of my career have considered somewhat apposite, it doesn’t mean that portraiture is rendered superfluous. Of course, elements of the self, of unconscious memory and experience are part of all work, but those aspects could be very encoded. A self-portrait could in itself be a kind of feint, because when you make something within that genre which is seen to be explicitly autobiographical, you can do other things with it. I’ve always considered self-portraiture to be a cornerstone; I treat myself as a laboratory and many of my broader themes were thus propagated. My entire Laughing While…. series stemmed from my self-portrait Laughing With My Mouth Full, in which, in contrast to the implied constraint of my palette and clothing, I regard the viewer with my mouth agape, exposing its livid contents...[Read more] 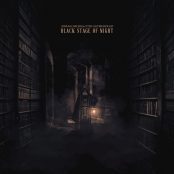