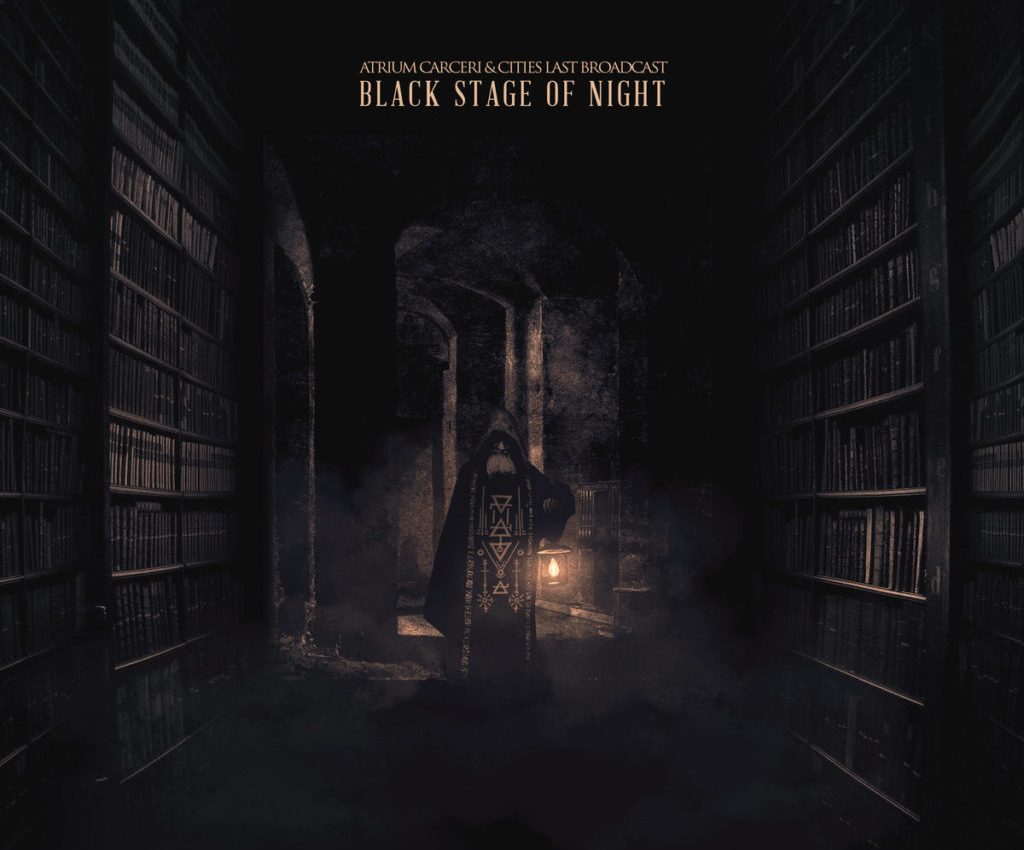 [dropcap style=”font-size:100px; color:#992211;”]T[/dropcap]hrough the Cryo Chamber record label Simon Heath has accelerated his musical evolution; from dark ambient legend as Atrium Carceri to label head and stalwart proponent of epic noir or grafisk världsbyggnad (world building) his journey to a muted fame is as powerful as it is unassuming.

Ambient music as a rule is usually experienced as a solitary act that should elicit an active reading of its abstract tendencies. Like prog-rock it blushes with evocative and textural flourishes that signal the listener into specific romantic vistas. We are supposed to be led away from the self and an unexpected consequence is that the music acts to place a layer over one’s surroundings creating a sense of expectant foreboding. A form of reality colouring Which depending on the artist may vary from deep dread to a heightened sense of mystic possibility. If that sounds at all interesting then Heath’s Cryo Chamber label is a worthwhile place to investigate further. Speaking to Heath Trebuchet wanted to get into what drew him to this music and how we sees the label supporting a disparate but growing fanbase.

“I wanted to build a creative platform where artists could collaborate and lean on each other to dive even further into the dark ambient sound and techniques.

What has drawn you to the Cthulhu Mythos and what do you find inspirational in it?

Lovecrafts mythos is inspiring in that it disturbs you in an existential way. The same feeling you get when staring down into a bottomless ocean or when ponderng your insignificance when faced with the scale of the universe. There is a lot to unpack when thinking of horror without the element of traditional evil and this opens up to interesting narratives and thought experiments.

Can you discuss the process of creating visual art inspired by the music and how you collaborate with the musicians to create the final product?

Sometimes an artist already has a specific type of cover in mind and we’ll try to realize it as best we can, either by me creating it, or if it’s something that is beyond my skillset we get someone else to help us out creating it. Other times an artist just has a concept for the album and we brainstorm some ideas until we figure it out. The artwork should not only represent the music, but the narrative on the album, track titles, album title and it should invite the listener into the sound world, a doorway with a warm invitation to something that might be uncomfortable but also beautiful and soothing. When I work on my solo material it’s a bit different since I am working on art and producing music back to back, back and forth so the art inspires the music a little bit more than vice versa.

You say that you’re moving away from the avant garde industrial why is that?

Ironically I found it to be limiting, there is a lot of gatekeeping in the avant garde industrial scene and I didn’t want us to be trapped pushing genres boundaries when we can naturally float in whatever direction we chose on a larger ocean. So we set out to carve out our own.

Trebuchet recently described the genre of music you release as grafisk världsbyggnad; describing the creation of music that tied to a sense of place as it’s central concern (lord of the rings, arctic wastes, desolate towns etc). You yourself have said that you’ve moved away from more musical definitions such as avant garde or industrial. What is it about tangible places that inspires you?

I have a quite visual approach to ambient music, and without a strong setting it’s hard to transport a listener to where you want. You can make them think about heartache or loss, or get pumped up for working out without using a setting, but that’s not what I aim for, the aim is to transport, to pull people away from the mundane as much as possible. Dreaming while awake I suppose.

What are your favourite places in the world and why?

Swedish Winter Blizzards are a favourite, nothing makes you feel more alive, or gets your ancestric blood pumping as when it connects to some primal memory of forefathers trudging through heavy snow with frosty beards.

There is something quite solitary about your music what is your relationship to society and people?

Complicated relationship I suppose. I get along with pretty much everyone but I enjoy playing the part of an observer. I like analyzing social codes and people, and what better place to observe than being hidden in plain view, preferably in the most average joe clothing I can find, as a mundane face in the masses, taking notes for future albums.

Your work with AC has widely praised, has finding such a large audience surprised you?

Absolutely and it’s very moving having people listen to your music, that never changes

What is your relationship to game soundtracks?

I love game soundtracks. I’ve been a hardcore gamer forever, starting with a Commodore VIC-20 at age 4 before progressing to a C64. Like some other artists on Cryo Chamber I grew up using Trackers to create music.

Do you use recorded ambient sound much in your music? For instance, recording the creaks of old buildings etc?

I used to do field recording a lot more when I lived in Sweden, abandoned subway tunnels and deep woods, but I still travel to capture sound here on the US West Coast as well from time to time. Field recording is a great way to create organic noise as well.

With your music do you think the sort of creative outlet is more similar to topography or literature?

Definitely a mix of the those two plus art. I look at art when composing music, I work with art when listening to the music I compose while creating an album. I am a big fan of creating inspiration circles like that, one feeding the other, and the other feeding the first. This is also central to Cryo Chamber in how we artists influence and inspire each other.

What do you imagine the ideal way to listen to your music is?

With closed eyes, in a couch or bed, in an altered state of mind.

What were your influences when you were starting out and do they have the same importance for you now?

I was mostly inspired by books when I started doing Dark Ambient, my first pieces were made when I was a teenager long before I even knew there was a genre focusing on this type of sound. I can’t even remember what books they are now so they don’t hold the same importance.

What music inspires you now and how have those recent influences changed your music?

New genres of music inspire me a lot, at least on a technical level.

Do you record music in other genres?

I have produced in a lot of genres over the years, my most popular side project is probably Krusseldorf. A psychedelic downtempo ambient project. But I like to produce all manner of genres, there is something to learn in each genre and it’s interesting to bring techniques over genre borders. 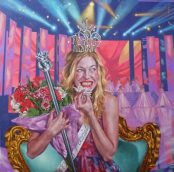 Next Story:
No Heroic Male Master