In part 2 of his interview, Mick Harvey talks about Nick Cave, murder and PJ Harvey.

In part 2, he talks about Nick Cave, murder and PJ Harvey.

So, let’s talk about The Birthday Party and the Bad Seeds – many people would stereotype that as music for black clad depressive teenagers…

There’s a strong representation from that kind of outward appearance but there’s a really broad range of people who are interested in our stuff.

It comes back to what I was actually saying before about people distracting themselves from what’s out there.  I think it’s your job as an artist to throw up questions and to confront people with something one way or another, however you choose to do that. Making sugar-coated pop music that sings about love is not confronting anything. It’s just them serving up a bowl of jelly and ice cream and distracting them from everything.

song or two on any

Bad Seeds album that I

thought was a bit crap

It’s the job of the artist, if anything, to make you think and try to get to some fundamental truths or ideas. Even if they’re impossible to get to, then I think you’ve got to be trying to get there, otherwise you’re just wasting your time really.

So some people find that depressing and dark and hard to cope with but I don’t. I can hear that it might sound heavy but it’s like that because people give it the wrong name. It’s like, hello, you’re living in a daydream, wake up.

We have to play this music like this and people go, ‘oh that’s depressing’ but I don’t think it’s depressing at all.  I find it quite elevating and liberating, a lot of the stuff that people find dark, because you’re actually confronting these things. I feel much more comfortable living with that, being aware and being alert to the things that are around you’re unsure about or uncomfortable with and actually dealing with them rather than just trying to hide them. 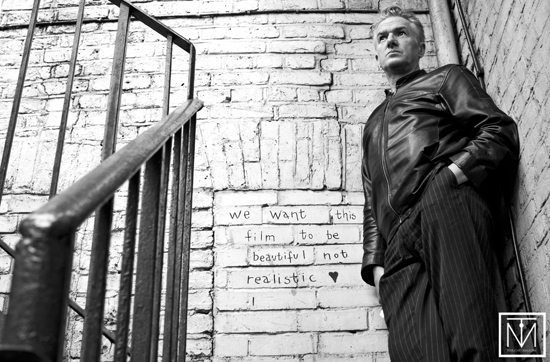 Do you find there’s a cathartic element to making music?

Sometimes there is, depends.  Sometimes it’s a bit cathartic but it’s really about just openness and being prepared to just try to understand everything that’s around you rather than just trying to distract yourself from it.

So what made you want to work with PJ Harvey?

She’s like that!  We have a lot of crossover in areas that we’re interested in, our taste in things and I think the way you approach your place in the world and what you’re doing and stuff.

It’s like with anyone like that, there’s not a 100% interlocking where everything’s perfect.  It was never like that with Nick either, there was always a song or two on any Bad Seeds album that I thought was a bit crap or wasn’t my taste.

So if you’re working with someone who’s making something quite edgy and out there and trying to push the limits there’s going to be things where you just don’t quite go with it all the time but that’s part of the thing too, that’s part of the process. Polly’s got some things that I don’t quite know what she’s doing sometimes, but most of the time it’s fantastic and we get on and really understand each others’ playing and we just work really well together.

I have to say that the track by Nick Cave and the Bad Seeds that I found most disturbing was the one with Kylie, ‘Where the Wild Roses Grow’.  I think that sometimes when writing about dysfunctional relationships from a male point of view, there’s a danger that it can stray into misogyny.  What’s your take on that?

This is a really complicated area, there’s a lot of borderline stuff with what goes on with Nick and how I felt about those sorts of things, yeah.

It’s a tough one, the whole album in fact and some of the songs, when they’re about that. There’s a kind of voyeuristic thing about that whole glamorisation of serial killers. Things like that I just find really repugnant but yeah, it’s a difficult one, it a tough one.

I wasn’t always happy with where things were with stuff like that but I think the songs still have their own potency and they have something to say, but I don’t find them as interesting as confrontational work, as a lot of other stuff that we might have done in subject matter, certainly not.

It was just this strange song off the album.  It doesn’t sound like anything else that was coming out as a single but I suppose it was made into a bit of a hit, a bit weird.

But there’s a long tradition of murder songs and murder ballads so in a way, part of what we were doing was just looking at that and sort of asking, what’s that about anyway, what’s all that about, why does that even exist?

And in fact, further to that, why are half the TV shows after about 8pm in the evening all about murder?  It’s just unbelievable. I don’t watch those shows; I find the usage of that kind of thing as entertainment really weird. I don’t get it. I really don’t understand it at all.

So I suppose there’s a bit of a mismatch there with the Bad Seeds doing a whole lot of songs about that sort of thing!  Very different though, it’s not like CSI or even Midsomer Murders, is that the English show? And the whole Agatha Christie thing, it’s just weird but something people are fascinated with and I think that part of doing the Murder Ballads thing was kind of investigating that as much as just getting into it and going, yeah.  It was partly an investigation – what is that about anyway?

There are so many songs on that album that are so varied and so different from one another in the way they’re approaching the subject matter and what’s happened.  Some of them are quite weird actually, very weird.

Do you miss the security of being in a band or are you enjoying your freedom?

I don’t know if being in a band is that secure anyway.  It has some very peculiar, stressful dynamics some of the time.

There is a certain financial security in being in some kinds of bands, I probably miss that, but at the same time even if you’re in a band that’s been quite successful, the whole financial thing is so erratic and random and unreliable so you don’t really get that comfortable with it. I’ve never felt that secure in it.

Having played huge venues with Nick Cave and the Bad Seeds, how do you find playing smaller venues now?

Well I’ve been playing all sorts of venues for a long time.  I prefer probably something around 1,000, (laughs) something like 800-1,500 because if you’re playing that kind of venue there’s probably a big buzz about what’s going on and the concerts can be really a great connection, it can be really enjoyable for all of the audience. Smaller clubs can be great too, obviously the traditionally intimate kind of notion, that does happen.

music that sings about love

is not confronting anything.

It’s just them serving up

a bowl of jelly and ice

Certainly once it gets over about 3,000 I don’t like them very much, I never have.  That’s one thing I really didn’t like towards the end of the Bad Seeds, there was just more and more playing really big venues, like basketball, 6,000 people and it’s just nothing, it’s just not interesting for me and the music really suffers. You can’t play with any subtlety, there’s no point playing with any finesse, it’s just out the window. You just have to bash through stuff, or that’s what a lot of people think, I just say play a smaller venue.

You seem to be a person who can move on very quickly.

Oh yeah, I’ve moved on very quickly.  I haven’t regretted leaving the band at all, apart from the bank balance a little bit! But no, I’ve really been having a great time actually.

You’ve been doing some producing too.

Really when I’m credited with producing, I’ve just been making the record with people together.

In the old days, I’d be there at the mix and everything. I’ve always done that so it’s just a question of whether people credit you as being a producer or not, if they know what it is. So sometimes I get a production credit and sometimes I don’t, dependent on how people understand that role.

A whole host of young bands, such as The Horrors, have cited The Birthday Party as an influence – how do you feel about that?

I haven’t really heard The Horrors but I’ve heard of them.

But that kind of music, what we did in The Birthday Party was really only a small part about the music and the stylisation of the music was really more about the positioning and the concept of what we were trying to do.

I think I always used to say at the time that if a band’s supposedly influenced by us, if a band comes along and they sound like The Birthday Party then they’ve missed the point, because there was no point trying to sound like us, that wasn’t what it was about and I know that there were a lot of bands who were influenced by us who don’t sound anything like The Birthday Party so I knew it wasn’t all falling on deaf ears. 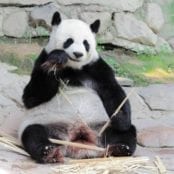