Gasping for It! How Marijuana Affects the Sexual Morals of Students (!)

People may judge risks, such as whether they will regret having sex or whether they should use a condom, differently when they are drunk or high

[dropcap style=”font-size:100px; color:#992211;”]P[/dropcap]encil this one into your ProLifeTip notebook, students, singles, and otherwise uncategorised types lusting for carnal encounters.

Sex is more likely to happen after marijuana or alcohol intake.

Oh if only we’d known!

Undergraduate college students were more likely to have sex on days they used marijuana or binged on alcohol than on days they didn’t, new research from Oregon State University has found.

Binge drinking and being in a serious dating relationship also were linked with less condom use, putting young adults at risk for sexually-transmitted infections and unplanned pregnancies. The findings draw attention to some common but risky sexual behaviors in college students, said the study’s lead author, David Kerr.

“People may judge risks, such as whether they will regret having sex or whether they should use a condom, differently when they are drunk,” said Kerr, an associate professor in the School of Psychological Science at OSU.

Having sex without a condom is considered a risky behavior because condoms are the only way to protect against STIs, including HIV. For the purposes of the study, binge drinking was defined as four or more drinks for women and five or more drinks for men.

The effect of binge drinking on sex and condom use may not sound like a new finding – Kerr notes that dozens of studies have compared the risk behaviors of college students who drink a lot versus those who do not. But only a handful of studies have tested whether a given person behaves differently on days they drink heavily compared to days they do not.

For the study, the researchers recruited 284 college students who reported their marijuana use, alcohol use, sexual activity and condom use every day for 24 consecutive days. The findings were published in the Journal of Studies on Alcohol and Drugs.

One goal of the study was to examine marijuana use, which rarely has been studied in relation to risky behavior. Understanding marijuana effects is even more important now that several U.S. states, including Oregon, have legalized recreational use. Marijuana and alcohol affect the brain in different ways, and more research is needed to understand how these differences affect risk-taking, Kerr said.

“College students were more likely to have sex on days they used marijuana, but we didn’t find a connection between marijuana use and poor condom use,” he said.

The study also compared the sexual behavior of college students who were single versus those who were seriously dating someone.

“Two findings stood out,” Kerr said. “Students in serious relationships had almost 90 percent of the sex reported in our study. But serious partners used a condom only a third of the time, compared to about half the time among single students. More frequent sex plus less protection equals higher risk.

“The stereotypical image is of college students drinking and having casual sex,” Kerr said. “That is real, but in our study it was striking how often those in serious relationships were putting their guard down.” 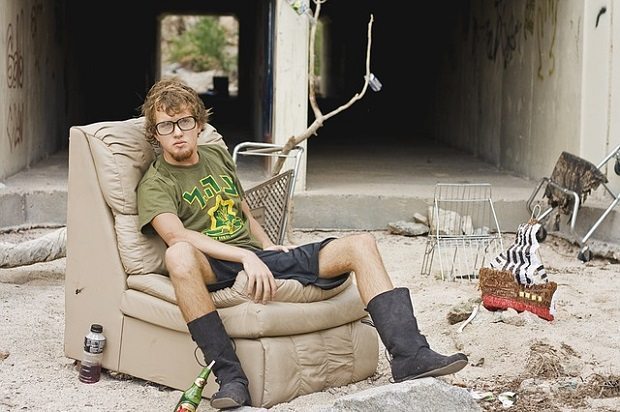 Condom use was even less likely when college students used another form of birth control, an indication that they may be more focused on preventing pregnancy than on protecting themselves from an STI, he said. That’s a concern because while young people may believe they are in a committed relationship, many don’t end up with their college partners long-term.

“When people are in a serious relationship they may think, ‘We can stop using condoms,’ ” Kerr said. “But if someone has unprotected sex with multiple monogamous partners over their college years, the risks can add up.”

The researchers’ findings could be used by prevention professionals to improve sexual health messaging, identify the best times and places to distribute condoms, and encourage a focus specifically on STI prevention, Kerr said.

For example, ads and free condom campaigns might target people at bars or parties or those in committed relationships. Health providers also could counsel young adults about STI prevention when they discuss a patient’s alcohol use or when a patient seeks non-condom birth control.