Recalling a pure roots form of music that evolves 70s timbres and tones for a new audience enraptured by the hagiographic tomes and canonical photographs of a more direct time.

What is its appeal? Simply put, the elements of soul, riff and rhythm are a constant recipe that resonates. Much like heavy metal it has built a vocabulary that offers a surprising amount of variation, retaining accessibility by association (If you like Foghat you’ll love…). Blues Pills along with Vintage Trouble and Rival Sons are currently leading the field, each interpreting roots rock in their own comparable search for a new authenticity.

What makes Blues Pills particularly different is hard to quantify, much easier to assess is their music’s affect on audiences. They rock, and audiences clamour for what they do. And while journalists looking for overt expression might yearn for something more obviously forward-sounding, audiences don’t care. On a good night Blues Pills make a connection and when the switch is flicked the assembled roar for more. 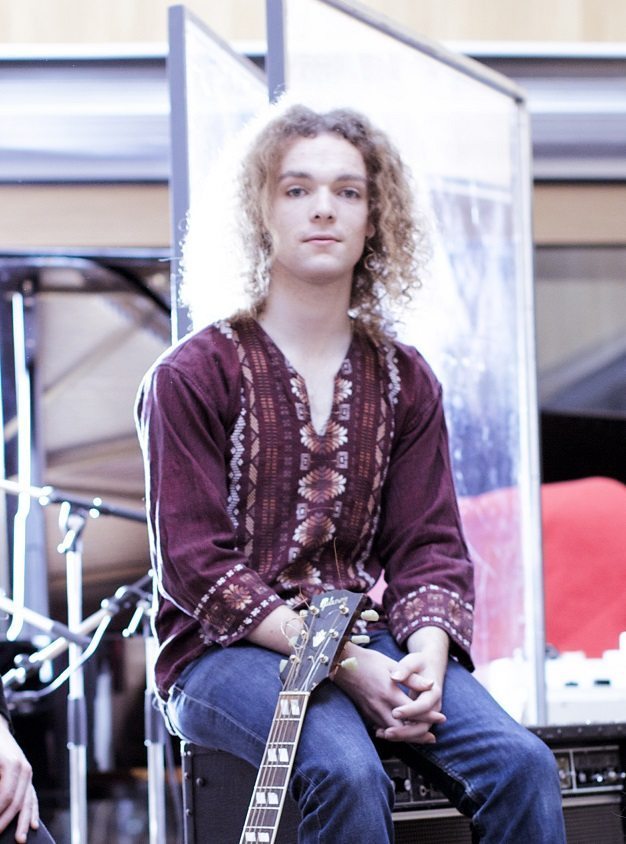 has been on this cycle for several years now and has matured with the rising fortunes of the group to the level that he is now a veteran of several large tours. Pausing from his constant schedule of touring and performing to stand in the rain and talk to Trebuchet, together we took a moment to reflect on where we were and what Blues Pills means in 2015.

“We’ve been playing lots of festivals this year. A big highlight was playing Guitar En Scene festival in France. Being French it was a big deal to meet some of my heroes, particularly Christophe Godin. When I was younger I learnt guitar from his DVD so it was really cool to meet, hang out and have a glass of wine.

He does some really crazy stuff, you know,shred guitar, and when I was talking to him he made a lot of drawings of all these weird modes. Which was basically of strange pictures of himself.”

Blues Pills cover a lot of ground and played some of the heavier festivals in the UK before Ramblin’ Man. I wondered where they took their darker influences from.

“From the early 70s: prog, heavy blues elements, I’m on the lighter side myself, but Sabbath and Blue Oyster Cult are definitely part of the mix.

It’s easy for music interviewees to be drawn into stock answers and, sensing that standard interview questions weren’t going to reveal much more, I wondered whether there was more to the band. Where does the feeling come from, and how does this translate into practice? 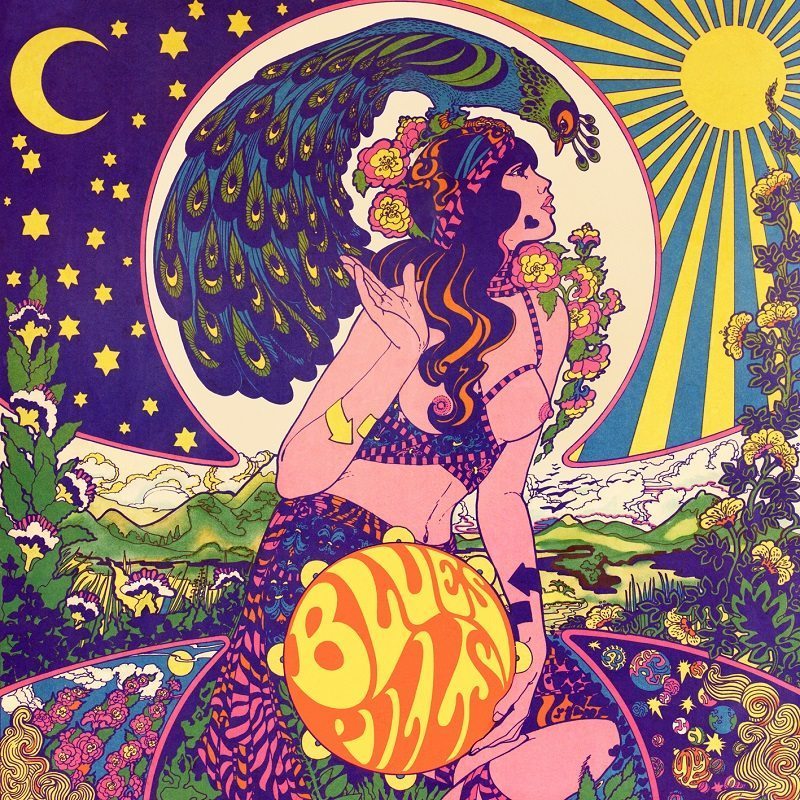 My dad got me into Osho and Krishnamurti. The egoless vision, as my dad said, is the key to being a musician, and everything in life.

As a musician you have this strange thing about being onstage. People want to meet you but really you’re a normal person. So you have to remind yourself of that.

We’re working on the second album, it has more soul influences, adding some keyboard and some weird influences, so it’s straight up soul with a bit more.

On the first album it was mainly Zak and Ellin doing the main songs and then we arranged them together, but with the second album it’s all of us with a producer figuring it out on the spot. We’re trying all sorts of stuff. A song can be really simple, in terms of structure, but we try and find what feels good and goes well together. I really feel like I’m still really learning but we keep trying to go back to that feeling and do something real.

We’re working hard for sure but we don’t know how it’s going to end up. And that’s the fun of it.

In the studio we do a lot of overdubs that we can’t do live, but we rehearse and change it a bit. That’s fine too. It changes during tours. We experiment with the setlist, seeing what we can change and try out through jamming things. But it’s never really so planned out. It grows the more we play.”

So there it is. It returns to the feeling, the ephemeral muse, always just out of reach and beyond direct explanation.

However, we are given signs, and with the lights set low, in a set of headphones turned slightly beyond comfort, you might get a taste of that deep soul music that exists beyond the sweetness of a Blues Pill*.

*Not available in all music collections. 21 and under. Results may vary depending on previous medications. Not to be taken with Led Zeppelin, Pink Floyd, Captain Beefheart, Frank Zappa, Mr Bungle, or Pearl Jam. Side effects include sideburns, flares, Paisley underwear, using ‘man’ as an interject and both ‘heavy’ and ‘groovy’ as an answer. Consult your pharmacist if taken seriously but in moderate doses can lead to elevated heart rates and toe tappage. Man.

Next Story:
Gasping for It! How Marijuana Affects the Sexual Morals of Students (!)