Africa is a tough place. It always has been. Especially if you have to fend off gigantic predators like sabre-toothed carnivores in order to survive. And, when you’re a small, dog-sized pre-mammalian reptile, sometimes the only way to protect yourself against these monsters is to turn your saliva into a deadly venomous cocktail.

That is exactly what a distant, pre-mammalian reptile, the therapsid Euchambersia, did about 260 million years ago, in order to survive the rough conditions offered by the deadly South African environment. Living in the Karoo, near Colesberg in South Africa, the Euchambersia developed a deep and circular fossa, just behind its canine teeth in the upper jaw, in which a deadly venomous cocktail was produced, and delivered directly into the mouth through a fine network of bony grooves and canals.

“This is the first evidence of the oldest venomous vertebrate ever found, and what is even more surprising is that it is not in a species that we expected it to be, ” says Dr Julien Benoit, researcher at the Bernard Price Institute for Palaeontological Research at the University of the Witwatersrand in South Africa. 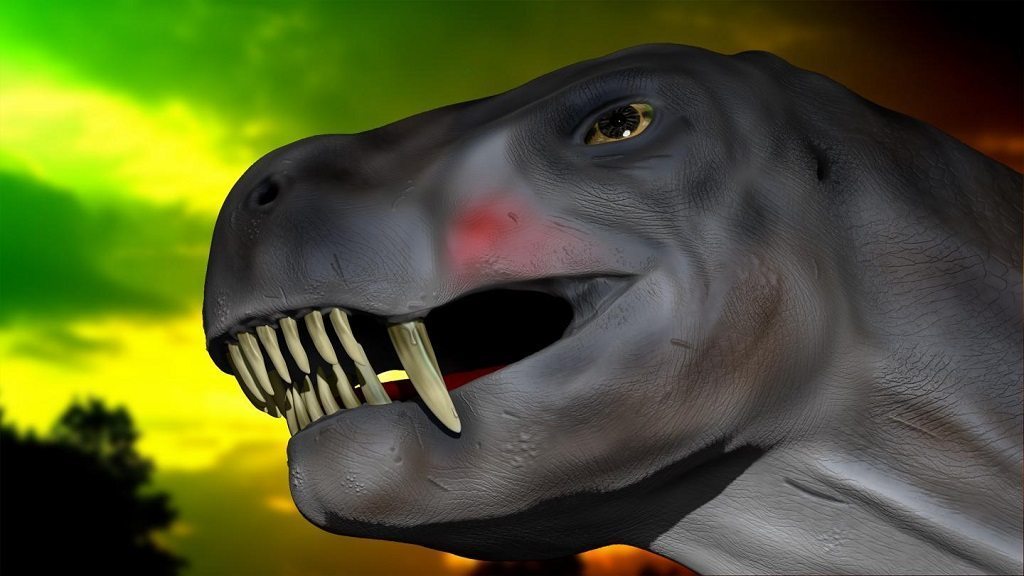 As venom glands don’t fossilise, Benoit and his colleagues from at Wits University, in association with the Natural History Museum of London used cutting edge CT scanning and 3D imagery techniques to analyse the only two fossilised skulls of the Euchambersia ever found, and discovered stunning anatomical adaptions that are compatible with venom production. Their results were published in the open access journal, PlosOne, in February.

“First, a wide, deep and circular fossa (a space in the skull) to accommodate a venom gland was present on the upper jaw and was connected to the canine and the mouth by a fine network of bony grooves and canals,” says Benoit. “Moreover, we discovered previously undescribed teeth hidden in the vicinity of the bones and rock: two incisors with preserved crowns and a pair of large canines, that all had a sharp ridge. Such a ridged dentition would have helped the injection of venom inside a prey. ”

Unlike snakes like vipers or cobras, which actively inject their prey with venom through needle-like grooves in their teeth, the Euchambersia’s venom flowed directly into its mouth, and the venom was passively introduced into its victim through ridges on the outside of its canine teeth.

“Euchambersia could have used its venom for protection or hunting. Most venomous species today use their venom for hunting, so I would rather go for this option. In addition, animals at that time were not all insectivorous, particularly among therapsids, which were very diverse.”