[dropcap style=”font-size:100px; color:#992211;”]S[/dropcap]
ited within a vulgar phallic protrusion emanating from the filigree gothic monstrosity that is Westminster Palace, Big Ben has drawn tourists and locals to its site for centuries.

The precise details of what exactly makes the resounding boom of the bell so individual and iconic has for generations been a puzzle taxing the minds of, well, no-one really. It’s a big lump of metal that makes a bong when it’s hit. Plus it’s a touch sharp. If anything makes it particularly unique, it’s probably just a result of being sited above the daily emanations of bitter avaraciousness, betrayal, lies, cynicism and foetid digestive gases from the Houses of Parliament.

But of course. Brexit. National treasure. Intrinsic and irreplacable part of the fabric of this great nation. Cultural identity, Great British values, Mother of All Parliaments, Taking Back Control, blah blah blah.

Hit it. It wobbles. Bong.

A team from the University of Leicester’s Department of Engineering has, for the first time ever, vibration-mapped the famous London bell Big Ben in order to reveal why it produces its distinct harmonious tone.

The group, from the Advanced Structural Dynamics Evaluation Centre (ASDEC) at the University of Leicester, measured four of Big Ben’s chimes, taking place at 9AM, 10AM, 11AM and 12 noon.

The ASDEC team used a measurement technique called ‘laser Doppler vibrometry’. This involved creating a 3D computer model of Big Ben and then using lasers to map the vibrations in the metal of the bell as it chimed.

ASDEC, working with the BBC, measured the structural dynamics of Big Ben in an unprecedented level of detail after being given exclusive access to the iconic structure.

Using two Scanning Laser Doppler Vibrometers, the team were able to characterise Big Ben without touching it providing high-density vibration measurements without any loss of accuracy or precision. 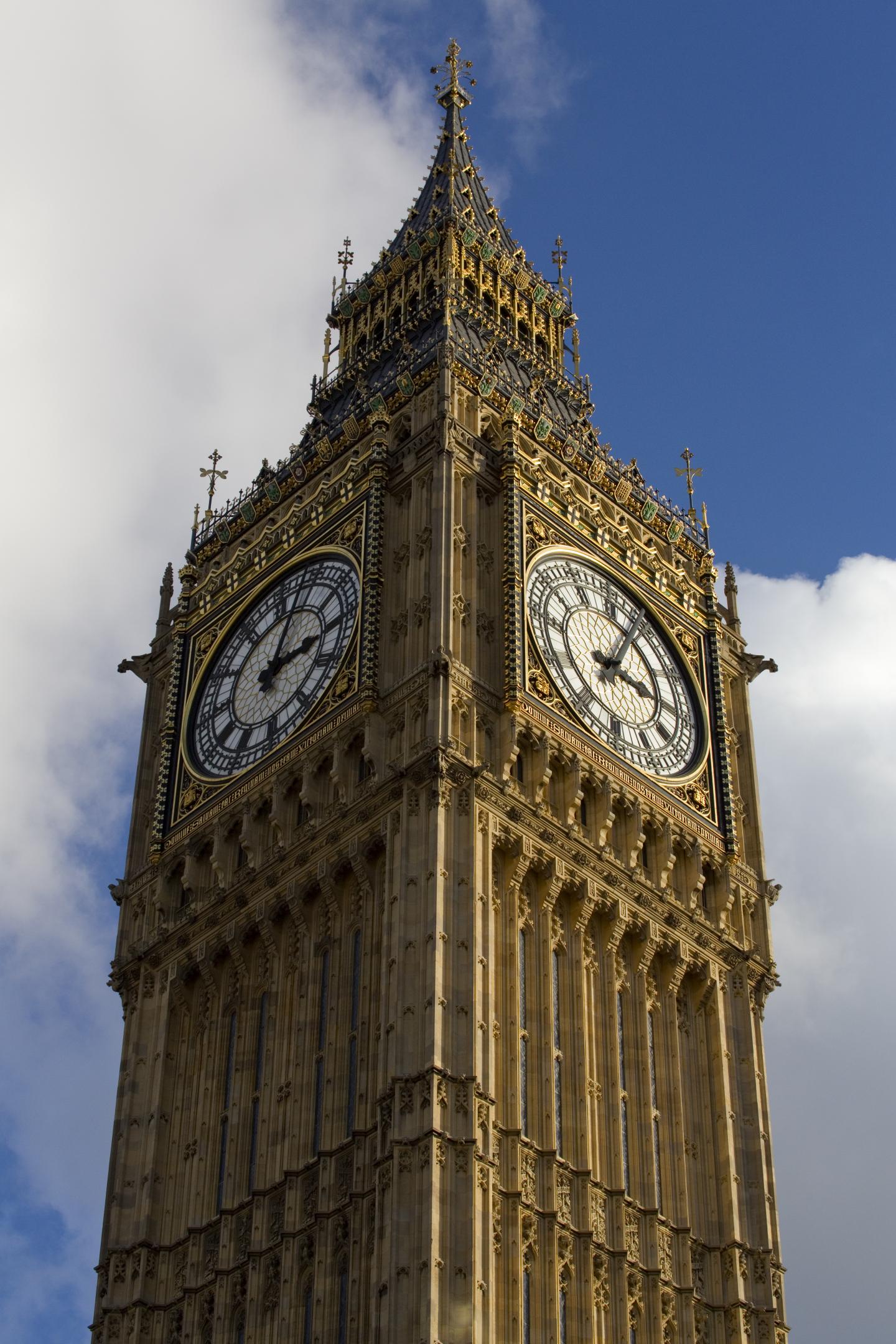 Martin Cockrill, a Technical Specialist from the Department of Engineering at the University of Leicester, who leads ASDEC’s measurement team and appears in the documentary, said: “Aside from the technical aspects one of the most challenging parts of the job was carrying all of our equipment up the 334 steps of the spiral staircase to the belfry. Then to get everything set up before the first chime, we were literally working against the clock.

“Many of the vibrations in the metal of Big Ben are too tiny to be seen by the naked eye. But this is what we were able to map using the lasers and not just one or two points on the surface; we were able to get over 500 measurements across the surface which just wouldn’t have been possible with previous technologies.”

Big Ben is the nickname for the Great Bell of the clock at the north end of the Palace of Westminster.

The tower is officially known as Elizabeth Tower, renamed to celebrate the Diamond Jubilee of Elizabeth II in 2012.

According to the University of Leicester research team, Big Ben is thicker than other bells of a similar size, weighing more and as a result having a higher pitch than expected for its diameter.

When a bell is struck, the impact causes a number of different vibrations or modes.

The frequency and intensity of these modes are predominantly affected by the profile of the bell.

“This was such a once in a lifetime opportunity,” said Martin Cockrill, “one which was perfectly matched to our skills and resources. You cannot just glue sensors to a national treasure such as Big Ben. Our ability to do the whole thing quickly without touching the bell was key to the whole project.”

Martin Cockrill and Max Chowanietz led the team from a technical point of view undertaking the measurements with two other members of the team, Chris Howe and Amy Stubbs doing the legwork.

Max is a graduate engineer with ASDEC who completed a General Engineering Degree at the University of Leicester in 2014 and has since followed his passion.

Max said: “It was a privilege to be part of such a unique project, especially so early in my career.”

Next Story:
Shake Your Inner Monkey: Movie Screenwriting and The Limbic Brain