[dropcap style=”font-size:100px; color:#992211;”]S[/dropcap]o, you’re ready to record and what you’re looking for is the perfect take in terms of feel, emotion, depth and warmth.

Accuracy is not necessarily the primary consideration, as music is more about making people connect emotionally with your message than being impressed by your playing ability alone.

Obviously, you don’t want anything glaringly obtrusive or clearly out of tune on the recording, as it will break the magic for the listener. Still, production techniques have always allowed for a little tweaking (by means of dropping in or even splicing), if the odd note goes awry.

Many singers or soloists will perform a number of complete takes of verses, choruses and various ad libs, and then allow the producer to ‘comp’ (compile) a master track of the best performance of each section, line or even word/note.

Personally, I’m an advocate for simplicity in recording, perhaps because in general I relate better to the Zen-like honesty and primordial resonance of a pure, single note – played with beautiful vibrato and sustain – than a flurry of notes cramming the same musical interval.

I believe that, more than anything, what the listener w 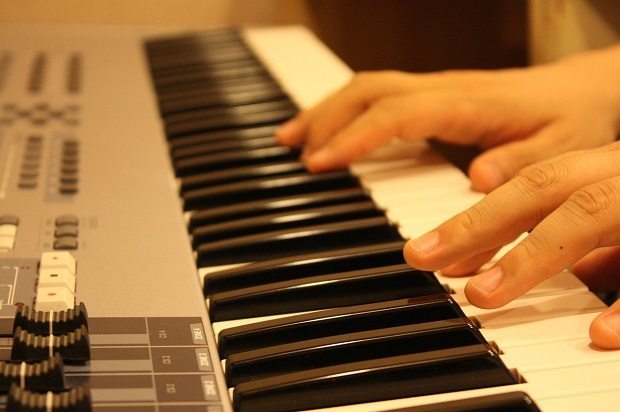 ants is honesty from a musician. They want us to bare our souls, to speak about truth in our music or show poetic artistry in our lyrics. In order to achieve the highest quality, we must take the time to get it right. We should never settle for the ‘okay’ or the ‘good enough’, but instead always strive for the majestic.

Finally, we need the courage to know what is right and what to keep. This may even include the rough edges of a take, illustrated superbly on one of my favourite Prince recordings. On “Sometimes it Snows in April” from the Parade album, you can hear the bar stool Prince is sitting on creaking as he plays. Yet, it only serves to add to the breathtaking honesty of the performance, as he weaves a timeless lament about a love that has tragically been lost.

Next Story:
How do Physicists Play Quantum Billiards?