Video Premiere of the new single Boss Lady by LTNT

Here now is LTNT s brand new single taken from their forthcoming debut album due out in 2016.

“A shambolic troupe of youth and vigour, clambering into a interview booth, a heaving mess of tattoos, hair, and beer. Mothers be shocked, fathers disrespected, here are the phantom youth, the lost and changeless, less rebellion and defying expectation… more extension and appropriation. It’s easy to academise the current neo-grunge movement is flannel a reaction against soulless EDM? Or is this a primitivistic reimagining of grunge’s pre-drug ascent, a reaffirmation of punk, or even an echo of the classicist’s cry that musicians should be ‘make some good music (yer know, summink I ken hummmm)‘.”

“An underground act with a grungey loud party vibe. Wild tight flannel anthems of rebellion, body hair and abandon. Having only seen them in perform in a studio, could they cut it live? Apparently so. Grungesque three pieces are in vogue at the moment but LTNT’s variation give them an edge. Each song sounds different; anthemic but with proggy tinges, men stay for the heavy Kyuss grooves. The Camden Rocks set was balls-on-the-floor heavy that got in and out fast. I would have liked a few more spaced jams. As it was, LTNT were earth shaking rather than solar system leaving.” – LTNT at Camden Rocks from Trebuchet

What a year they’ve had: played Download, Reading and Leeds, The Great Escape, Y-Not Festival and toured with Seether across Europe twice.

“We tried to keep emotions to the minimum so it’s all basically fader up on a lot of things.” – Ben Clarke LTNT 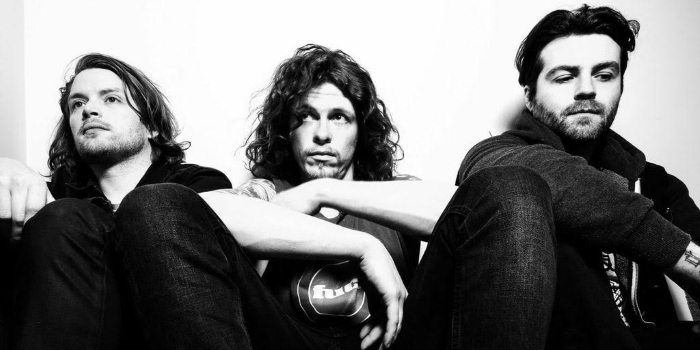 Previous Story:
Finding Your Happy Place (with MRI): the Neural Structures of Happiness

Next Story:
How Did You Expect to Die, and Did it Involve a Floating Hoover? (Row-Bot)