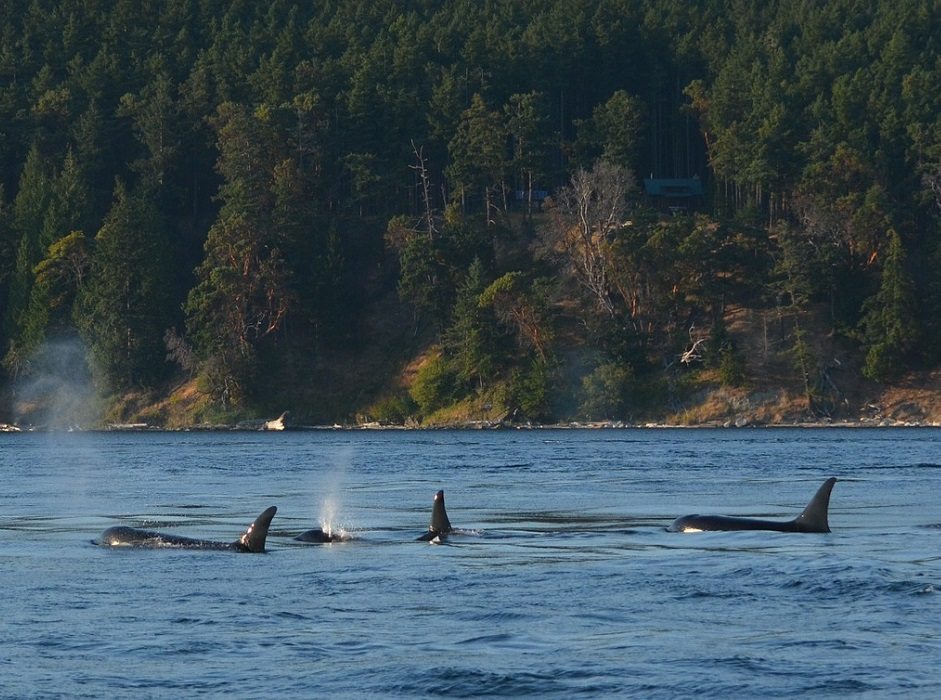 [dropcap style=”font-size:100px; color:#992211;”]K[/dropcap]iller whales kept in Seaworld live as long as those in the wild, according to… Seaworld.

They’ve obviously figured out a way to stop them killing themselves out of despair.

A new peer-reviewed study published in the Journal of Mammalogy by the Oxford University Press adds important insights to the debate over how long killer whales in human care live. The study found no difference in life expectancy between killer whales born at SeaWorld and a well-studied population of wild killer whales.

Additionally, the study shows that average calf survival rate from approximately 6 months of age (i.e., age at first sighting) to age 2 in the Southern Resident killer whale population (79.9 percent) is significantly less than SeaWorld’s average calf survival rate from 40 days to age 2 (96.6 percent). The study may be accessed and read in full by following this link: http://jmammal.oxfordjournals.org/content/early/2015/07/09/jmammal.gyv113.article-info

“Although emotion will always be a part of the debate as to whether killer whales, or any other species, should be maintained in human care, it is absolutely necessary to have validated facts when an argument for or against is being made on scientific grounds,” said study author Kevin Willis, Vice President for Biological Programs for the Minnesota Zoo. “Based on the available data, it is now clear that it cannot be truthfully argued that killer whales should not be maintained in captivity because they have a shortened life expectancy relative to their wild counterparts.”

The objective of this study was to characterize and compare reproductive parameters and survivorship patterns of free-ranging killer whales in the Pacific Northwest and killer whales living at SeaWorld using methodologies previously published for zoological and free-ranging populations. The Northern and Southern Resident killer whale populations of the Pacific Northwest are the most studied and documented wild killer whales in the world. These new comparisons provide a novel metric from which comparisons with other populations can be made. They also shed new light on age estimates for the species as a whole.

“The results demonstrate unequivocally that killer whales in captivity have similar life expectancies to those in the wild and provide invaluable knowledge concerning normal reproductive patterns of this species. This information is imperative for developing management plans and directing future research efforts that are designed to protect wild killer whale populations.”

The ability to study killer whales in controlled research settings in accredited zoological institutions like SeaWorld has provided most of the fundamental information known about the species’ physiology including adaptations to diving; auditory detection, echolocation, and learning; reproductive physiology; growth and development; metabolic and energy requirements; and immune system function.

Next Story:
The Homely Path through Chaotic Woods (Nostos)