John Palatinus rarely shoots these days but when a friend recently visited him in California, he agreed to photograph him.

“What was interesting about the guy is that he is a nudist. We were near Frank Gehry’s Disney Hall and we were walking up and he said: ‘John, can we take a nude picture?’ I said: ‘are you kidding? OK’. He took his clothes off and we were in a back corner and all this shiny titanium of the hall was behind him and I shot him, popped off about nine shots. One came out absolutely splendid.”

Palatinus is perhaps one of the last living male physique photographers of the 1950s. He was one of a handful of photographers who documented the male body through photography of semi-naked, body-proud weightlifters of the time. His first shoot was done in 1951 in his own living room in Indiana. 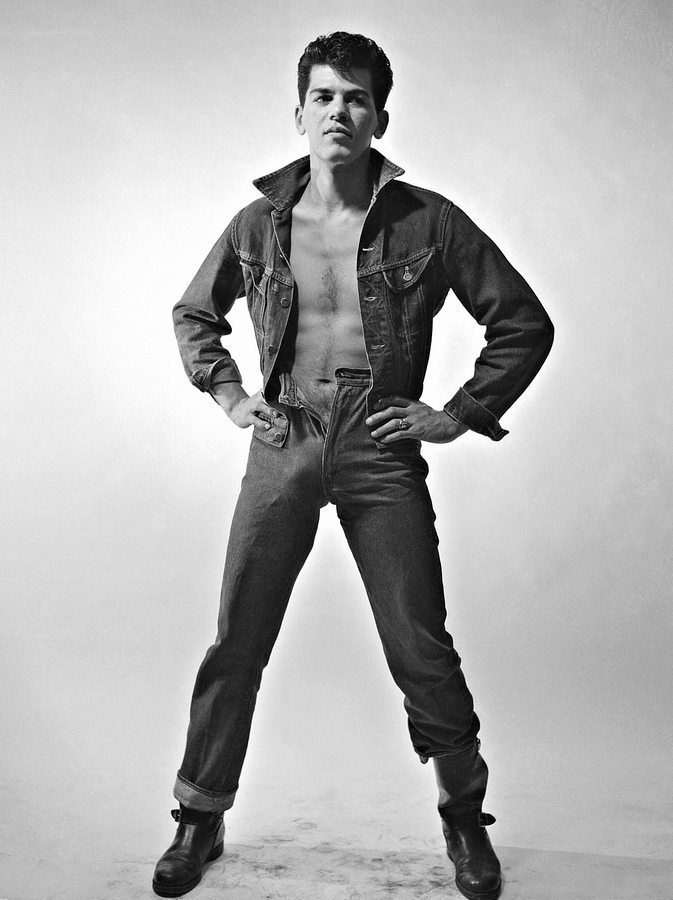 “At that point I was experimenting with the camera, photographing people I knew. I photographed in my living room with terrible backgrounds, terrible lighting and some of the models were really not the quality that I photographed later. I was just getting used to the camera empirically, as I went along. I didn’t have any formal training in that area. As I got better I used different backgrounds and cleaned them up, used better lighting. There was a period of about a year and a half where I really worked and by the end of it I produced something I could really be proud of and really had some merit.”

Physique photography was about appreciation of the male form. Palatinus began by photographing one bodybuilder and quickly word spread. 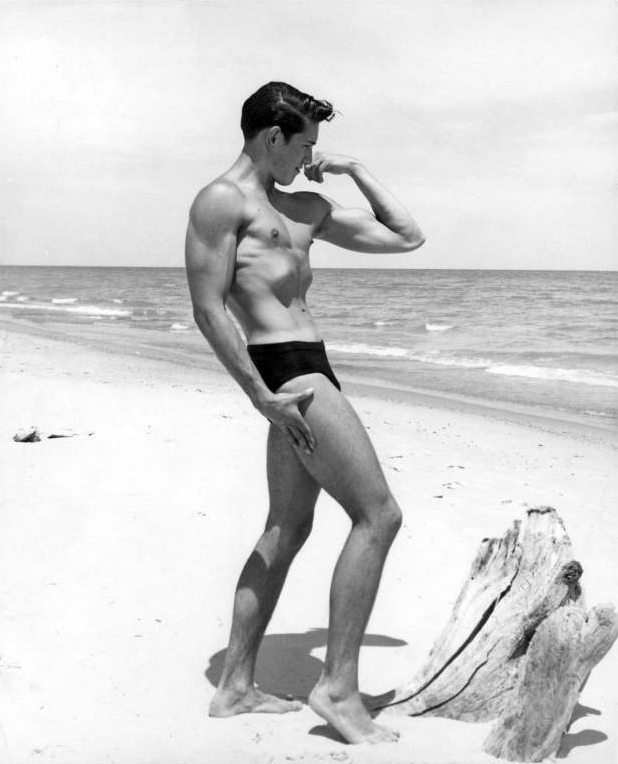 Gradually Palatinus crafted his own photographic style. His was recognisable by his use of light and minimal background (Alan Harmon, physique photography collector notes other photographers at the time used quite kitsch backgrounds). The pictures echoed Palatinus’ influences, who included Horst P Horst and George Platt Lynes, while documenting a sub-culture of body perfection and hyper-masculinity that emerged in the post-war era. 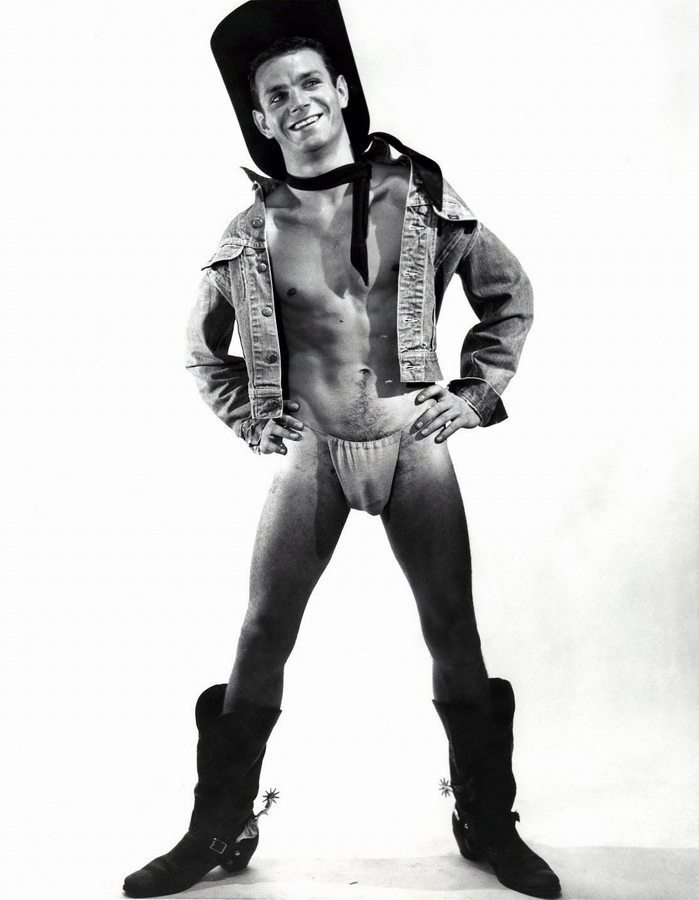 Initially only for the models, the pictures began to be published in physique magazines of the time like Tomorrow’s Man, published across The United States. In a paranoid and homophobic McCarthyist America, these magazines were to serve a second purpose-  tacitly uniting many closeted homosexual men, who began collecting the images from photographers using the details printed with the pictures.

Later on in the nineties and beyond, Vintage Male Physique (VMP) photography was to become a collector’s business.

Palatinus is gay but most of his models were not.

“People always ask me: ‘How many of your models did you have sex with?’ and  whenever they ask me that I say: ‘none of them’. I don’t think you should violate that covenant as a photographer. If you’re gonna make love to them, you do it through the lens.”

In 1954 Palatinus moved to New York, and set up on West 13th Street in Greenwich Village, taking male physique photographs and distributing them to eager collectors. In 1958 he began to photograph nudes. 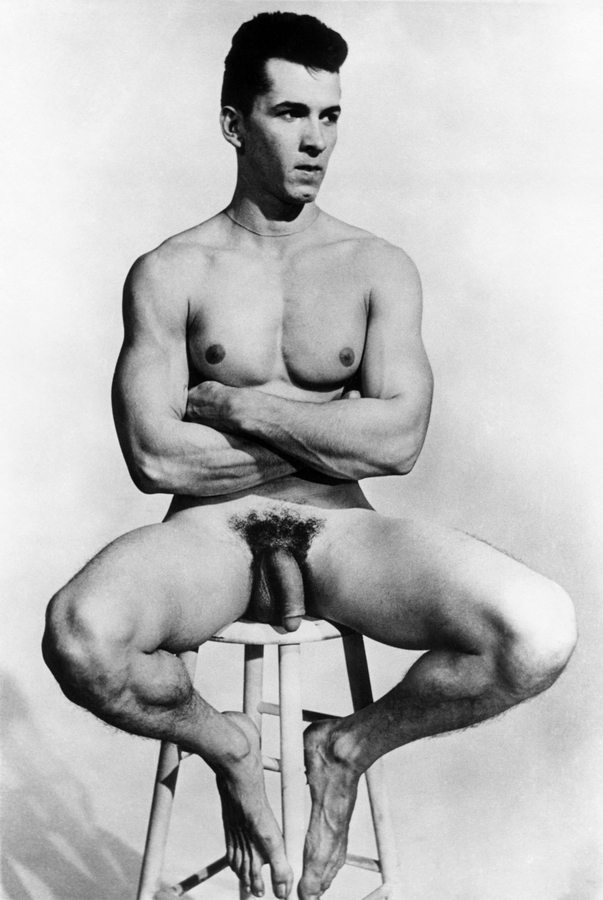 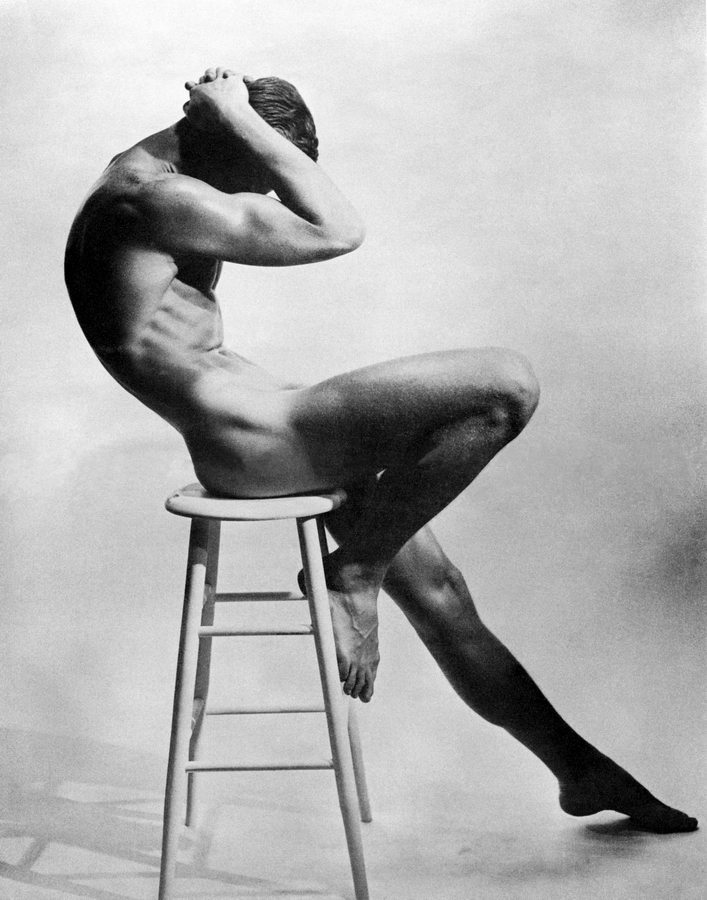 Unknown to him, Palatinus’ work was being intercepted by the US postal service, leading to his arrest in 1959, at the height of homophobic reactionary tension in the country.

“The police came in to my studio and they took everything, they did a clean sweep, my camera, my lighting equipment, negatives, money, everything. The negatives ended up in the police department. I never saw them again. Everyone always asks me why I never saw them again but this was a very difficult time in America, it was the end of the McCarthy era and gay bars were being closed and they would say ‘these premises have been closed because they have been frequented by undesirable people or homosexuals.’

“They would close the bar and they would put the names of the people at the bar in the newspaper, ruining their lives forever. It was a very repressive time. It is representative of the puritanical America of that period and there are still vestiges of that today.”

Using his own name and daring to photograph men for the appreciation of other men, Palatinus was taking a high risk. Alan Harmon, a VMP collector and curator who was to later re-unite Palatinus with some of his work, says it was rare for photographers to identify themselves so openly. “A lot of people didn’t use their real name when taking these photographs, Unless you got into their inner circle of buyers, you never knew who was taking these pictures. There was a lot of mystery. Then you got the rebels like John who used their full, real name. He was pretty fearless.” 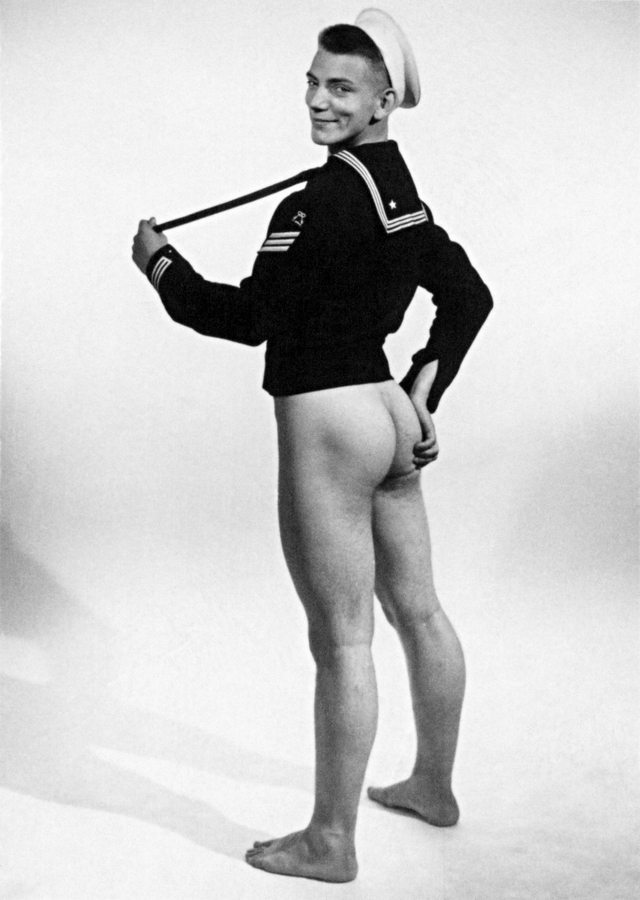 Palatinus was one of many Male Physique photographers who was persecuted for his practice. Bob Mizer, another photographer, was imprisoned in 1959, the same year that Muscle Beach, a prominent setting for physique photography was closed down. “I did not expect it to come crashing down the way it did. It meant starting over at life again because at that point I didn’t have a day job anymore, because I was doing so well with the photographs. After that happened I really had to start my life over again and go back to doing something I did before.”

At 83 years’ old, Palatinus has lived long enough to see his work become appreciated by new circles. The nineties saw a huge resurgence in the collection of Vintage Male Physique photography, spurred on by a voracious online community. Harmon managed to reunite Palatinus with work he hadn’t seen in 50 years through his blog. “A friend of mine said, there are a couple of your pictures online and I checked it out. The blog post said: these pictures are by John Palatinus and I don’t know whether he is dead or alive.  I got in contact with Alan to say I was very much alive. We figured out we lived about 13 miles away in the next town.”

Harmon is behind a touring exhibition to show Palatinus’ work, now appreciated for its photographic and artistic merit. Palatinus wasn’t sure that this would ever happen.

“When I was in court in 1959, the judge said: ‘by today’s standards it is considered pornography but who knows? In 50 years’ time it may be considered art’ and that really is true.” 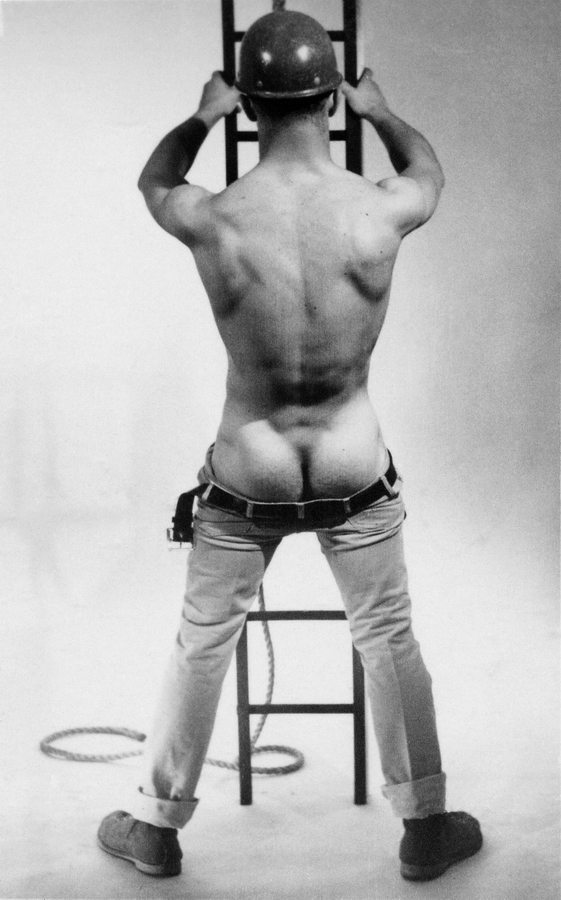 Rhiannon Edwards is an arts and culture journalist based in London. She blogs at www.minorepics.com, tweets as @r_edw and is the Deputy Features Editor of the Ham&High in Hampstead.

Next Story:
The Mercy House: Interview