Justin K. Broadrick has today announced that jesu’s upcoming studio album is to be released in the UK/EU on September 23, 2013. Formats will include CD, digital and vinyl. 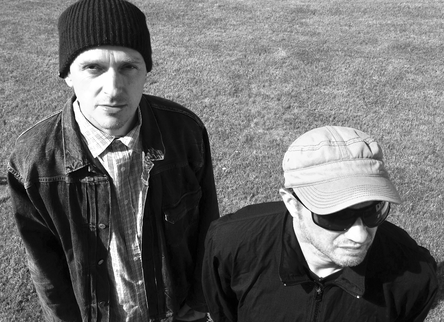 Grand news for fans of Justin Broadrick / Godflesh / and off centre music in general. We have another Jesu – a long awaited release and sure to be another emotional installments in Broadricks most indie guitar based vehicle.
Stay tuned for previews and tour details.
Jesu announces September 23 Releae Date and album Title of Upcoming Studio Album.

Justin K. Broadrick has today announced that jesu’s upcoming studio album is to be released in the UK/EU on September 23, 2013. Formats will include CD, digital and vinyl.

Over two years in the making, the follow up to 2011’s full length album Ascension is titled Every Day I Get Closer to the Light From Which I Came. jesu mainman Justin K Broadrick slowly worked at this album while remaining active with the reunited Godflesh, and pursuing other projects and remixes, as is usual for Justin; in this period amongst many, Justin has remixed both Mogwai and Cult Of Luna.

This ‘rest’ period from jesu enabled Justin to focus on what should be the next step for the project. Godflesh’s renewed existence has enabled him to fine tune what jesu now means to him: this album is less reliant on the shorter guitar lead songs, and instead looks further inward to reveal a deeper, sombre, but more dynamic musical experience than 2011’s Ascension.