An interview with Nick Cave and the Bad Seeds guitarist George Vjestica and artist Timothy Shepard about Bandante, their audiovisual collaboration. 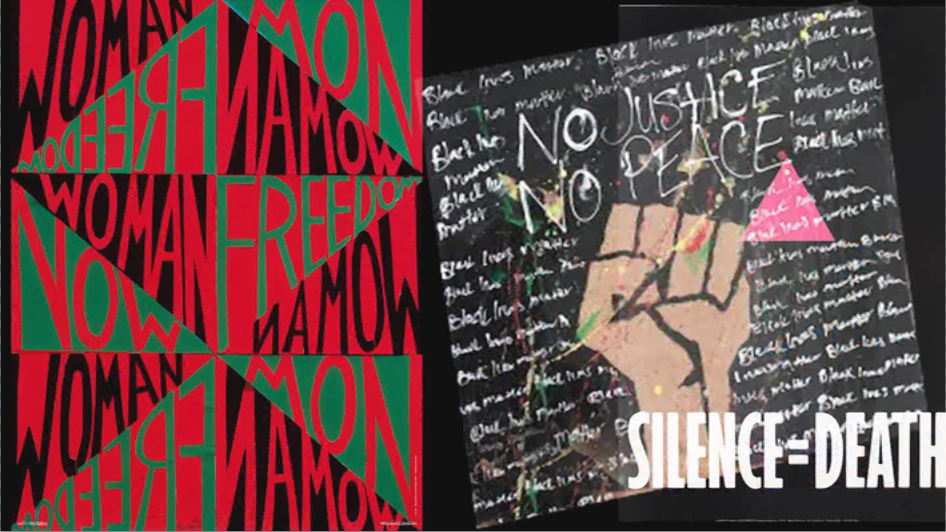 [dropcap style=”font-size:100px; color:#992211;”]A[/dropcap] thousand images speed past you each day. You can’t possibly take everything in with the attention it requires, so it just washes over you. Where to begin with all of this?

Was it an ape’s inhumanity to another ape that set the wheel turning, a tool used to ensure more mammal meat than the next simian? Are we just made like this or is there a better way ahead? Perhaps we just need to keep trying to make each day better than the last. True, being better ourselves is a solid step in the right direction, but I think we can agree that we’re past that now… Some wheels need stopping. It’s our turn.

This concept sees Nick Cave and the Bad Seeds guitarist, George Vjestica, team up with artist Timothy Shepard to extend his side project Bandante into new artistic and political territory.

A heartfelt vehicle for Vjestica’s songwriting, Bandante includes an eclectic assortment of musicians, artists and filmmakers, who under the lead man’s direction attempt to distill something organic by ‘overlapping lenses through a collaborative process’. Whether this really allows Vjestica to develop ‘new, interesting and unexpected creative dynamics and outcomes’ is always up for debate. The concept aims high, and its unfamiliar ends might hold regular listeners at a distance, at least initially.

‘So This Is Now is different musically because my songs tend to be lyrically driven. With this one there’s just one word: protest. It’s a very direct  statement musically and visually of the times we are currently living in. Tim made a couple of videos for Bandante’s debut single and we both like Derek Jarman’s Super 8 films; there’s a kind of mystery to them.

For “Bang Bang” he really tapped into the Jarman thing. “My Friend” is such a personal thing to me; it’s my wife in the video and i see the whole thing, the music and accompanying film, as a love letter to her. Tim managed to capture the somewhat ethereal vibe that resonates in the song. It could be an homage to Godard and the films he made with Anna Karina who was his wife, lover and muse’ – George Vjestica

How was it working on something that might alter someone else’s very personal vision?

‘I am a big music fan and I get a lot of satisfaction from working with musicians, although I don’t do this so often. As an artist (and primarily a visual one) it is refreshing for my own practice to work on something from a different perspective and come up with an image or film piece which can contextualise someone else’s music in a visual form. A relationship between sound and vision is a very natural one for me. I have a sort of synaesthesia with music — in my case shapes form imagined visual compositions. The approach I take with my own music-making which is part of my fine art practice has more to do with visual composition than it does with any proper musicality.

However, when I work with proper musicians it’s about doing my own thing (which is the only thing I can do) but challenging or pushing this by finding a place where my work and the music intersect. This might just come down to finding the undercurrent — something that is underneath and informing the music — that’s the starting point. Making a sort of world for their music to inhabit and belong is a super interesting challenge — there has to be trust and I take this very seriously — with an album, it is the artwork which sets the tone  before the play button is pressed. I don’t suppose I’d be able to do something good if I didn’t have such huge respect for the music and the artists who make it’ – Timothy Shepard

Obscure but not unknown, Timothy Shepard is an American collage artist based in London whose compositions (collage only in a very encompassing sense of the word) juxtapose familiar symbols and settings to create a calm sense of disquiet. As well as his work with Bandante his resume takes in a number of famous musicians: Paul Weller (a series of country walks which resulted in the cover for 22 Dreams); the probably dead filmmaker C. S. Leigh; and a poignant project with Kevin Ayers around the making of his final album, The Unfairground.

Describing the moments of bombast on So This Is Now, Vjestica explains:

‘I wanted the chorus to feel like a call to arms, to hear a cacophonous fanfare of blaring trumpets — a massive release, with a verse I wrote to be full of tension and suspense.

After the Vale Studio sessions, I got very busy with the Bad Seeds whilst the track I had recorded kind of went in the drawer. One morning in mid-June, during lockdown, while going through some playlists on my laptop, I found a file labelled ‘Protest/Revolt into Style/Vale Studio’. I put it on and was blown away. It sounded and felt like what was going on outside at the time when it seemed that an unstoppable momentum was building for a summer of protest.

I’ve known Tim for a while; he lives up the road from me in Notting Hill and we’d often meet for a coffee. Our conversations always ended up trying to figure out what the fuck was going on around all the talk of Trump, Brexit and the rest of it. This continued during lockdown over the phone. I asked Tim if he would make a short film set to this piece of music I’d recorded in Vale Studios. “It’s all the stuff we’ve been talking about,” I said.  He chewed on it, I heard him draw hard on his e-cigarette, pause and say to me in his laconic Bostonian drawl, “Let’s see.”

He came back with what was, to me, a stunning piece of art. The music had the soul and the film, a ‘visual lyric’, had the mind and the conscience. It’s a hopeful, sad yet defiant, audiovisual collaboration that, in some visceral way, reflects the times we are living in right now.’

Shepard’s own creative method was a painstaking process of sequencing hundreds of cut-up and collaged dystopian images interjected with the stalwart message that ‘the power of the people is greater than the people in power’.

‘For me it has been about trying to come up with a better response than fear and anxiety. This pandemic should be a liminal moment; all around the world every social structure (healthcare, economy, education, etc) has shown itself to be undeniably fragile. It would be wonderful if we could get positive about forward-thinking change, move away from a 12,000-year-old system with rival-ism at its core, where we are now at the point of endgame capable of unprecedented self-destruction. A good start would be realising that our social agency lies beyond trying to manipulate or influence outmoded power structures. Furthermore let’s not be complicit in a system reboot that keeps on crashing.

We are at a moment of choice. George and I would talk about this a lot, and in great part the collaborative process and what informed the making of the film were these conversations about how this point in human history is so pivotal, when we either have global social, economic, and climate collapse or we don’t.

I guess it largely comes down to intent. Over lockdown I had been experimenting with making little films from sequencing photographs at a fairly rapid frame rate (9 – 12 stills per second) accompanied by music (of my own) with a fairly high BPM. When George proposed a collaboration with a piece of his music it was a great opportunity to apply this sequence of  image approach/process for a new Bandante project.

My work in general touches on themes of memory and perception and their interplay with observation in our construct of reality. Collage is a good metaphor for consciousness, and my work whether in 2D, film or music is broadly collage based. Whereas my work in general does little more than hope to express a perception, the observations assembled in the film I made with George come together to make a clear proposition. This was the challenge in putting together a film to a piece of music for which George had the working title ‘Protest’. My work has never been political — in paraphrase of what Jean-Luc Godard once said about filmmaking, I have never been interested in making political art but rather making art politically. To that end the proposition within So This is Now had to be inclusive rather than divisive; non-binary thought which is the problem with political art in that it can be limiting in terms of any meaningful aesthetic experiences. Nevertheless, this is the closest I have come to taking a political position in any of my work.’

But is change possible?

‘It is by no means impossible that we can achieve an understanding whereby we can live sustainably and flourish. There is this idea of decentralising the power which is very interesting — whether it’s the media or politicians or whatever force that is enacted in order for us to behave in a certain way or impart some ‘truth’ — and in place of all that we could bring about a more collaborative sense-making approach. We’ve all had enough of reading things by neurotic-psychotic pig-headed politicians.

To get ourselves to a good place we’ve got to take an honest and positive look at ourselves, realise and empower ourselves. But because we’re all guilty of something — if not the same faults we point out in others — change must start with ourselves and be enacted upon even more urgently than the call for others to change’ – Timothy Shepard

So This Is Now is currently available to watch on YouTube. Bandante continue to work on new material, buoyed by the task set before us, and battling within the inspirational struggle against complacency.

Previous Story:
Decoding our Futurist longings in the work of Tullio Crali

Next Story:
Tales From the Colony Room: Art and Bohemia