Jam in the middle of Wasp Season. Live Metal [Skyforger]

Meanwhile, the other venue in the side street had a light tank parked outside it. This was the metaller equivalent of a large open jar of jam in the middle of Wasp Season. 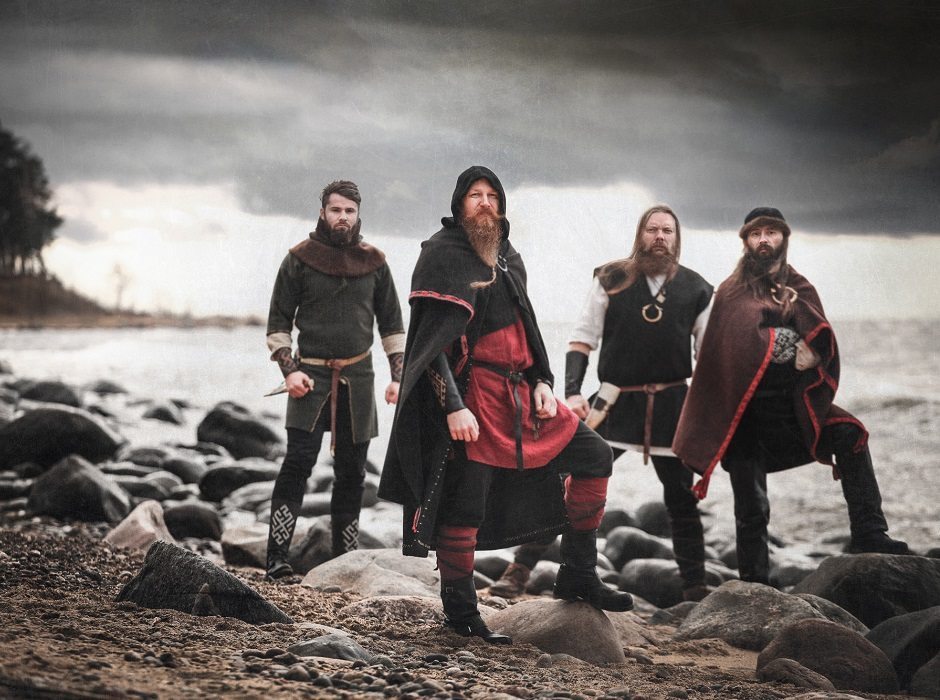 So when the chance came to see them play live in London came along, I jumped at it like a heavy metal lemming leaping off cliffs of steel and into the molten sea of lead below. Or something.

This time, the Latvians were playing at Electrowerkz. Most of the turnout this time were East Europeans, and more than a few Latvians, for obvious reasons. Two were behind me talking in clear English about how prejudice in the UK towards 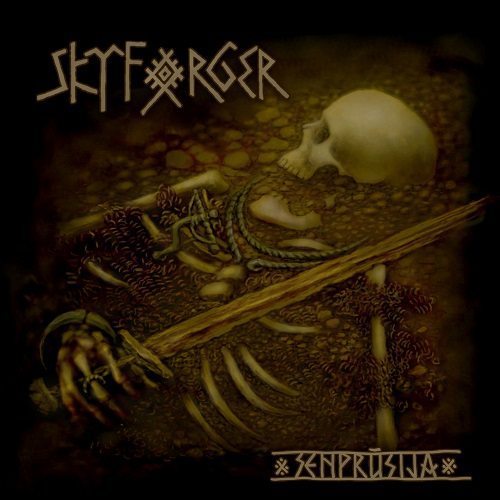 them was down to just a few bad cases (which is true). They then started discussing the pitfalls of pre-nuptial agreements and their stints in the army via National Service. Put simply, the gig was late in starting and everyone was getting bored.

Meanwhile, the other venue in the side street had a light tank parked outside it. This was the metaller equivalent of a large open jar of jam in the middle of Wasp Season. It soon became a locus point for many of the metallers in attendance, either posing for pictures or using it as an odd sort of dinner table while everyone else milled around it.

Eventually, we made it into the gig. Above the entrance was a gratuitous Aliens reference = “Hadleys Hope pop. 158.” Now that’s what I call a shit turnout. I also saw a sticker on the door – “Suck My Panda” it said. This was going to be one of those nights.

Inside, it was DARK. As in, you couldn’t see what was fucking going on unless you were blessed with nightvision. The non-Barn Owl community, however, had to make do with the dim glare of red and blue lights here and there. It was a challenge just finding the merch stand.

Still, darkness was kind of fitting for the opening act, Mørktår, which sounds suitably Nordic and bleak, even though they’re actually from Kent (and now London). Unusual in that half the line-up is female, this was nonetheless proper old school black metal, stripped down, relentless and fierce. They even put on a decent stage show, with a goat skull and incense a-burning, enough corpsepaint for the worst Bar Mitzvah ever and proper spiky wristbands – the whole gamut. Illuminated in UV, they were a ghostly sight, the full scary effect of their get-up lit up now and then by camera flash from the audience.

The audience was a bit apathetic, to be honest, as the band deserved more, while some arsehole slagged them off after their set in that not-at-all bitchy way of the London scene.

In their wake came Praesepe, a progressive death metal band, formerly of Cieszyn, Poland, but now having fucked off to London. It was at this point that I spotted the circular sawblade and string of garlic hanging up, for some reason, on one of the main speakers. The set itself was impressive with its power and presence, packing chugfest brutality and soaring hooks that wouldn’t sound out of place in a slaughterhouse. Stylistically, it sounded a lot like melodic death meets groove, via a bit of Thin Lizzy and Masters of Reality-era Sabbath. Either way, they earned their applause.

Things then got interesting with Thy Worshiper, a progged out folk metal band, formerly of Poland, now lurking in Ireland. (You may detect a running theme here.) You know a set is going to be interesting when the navvies set up a mic stand which is, in effect, a totem made out of skulls and furs, and when the entire outfit turns up on stage smeared with either ashes or warpaint (it was hard to tell in the darkness).

This included the guitarist, naked from the waist up, painted and playing his guitar from time to time with a fiddle stick. The female vocalist, in a long black dress, would take turns growling, chanting and shrieking. Their lead singer, staring over the top of his totem-mic stand, was smudged black as he growled. It was certainly the strangest sight that evening, which is saying something.

The set itself was a surprising revelation, the crowd not so much thrashing about as still and mesmerised. It was deep and beautifully structured, as much a ritual as a performance. Dark and wondrous, it dragged the crowd along, like the woman I saw standing in front of the ladies’ bogs, faintly transfixed, her head rocking back and forth thoughtfully.

Which lead us nicely to the headliners, as the Thy Worshiper banner was taken down and the full Skyforger logo was displayed. Oh yes….

It was a shame then that the turnout was a bit shit – at a glance, I estimated that the venue was only 65% full, albeit pressed up against the stage and headbanging away furiously, which is criminal when you consider the quality of the set. And we wonder why they don’t play the UK more often….

Turning up onstage in what I assume is traditional Latvian garb, as it was still too dark to really tell, the band pulled off an amazing performance. Goodbye neck! Fuck off brain cells! Lacking the usual traditional instruments, they instead filled in the gap with chanting to surprisingly good effect. Lead singer Pēteris Kvetkovskis looked and admitted to being a bit knackered, but still performed to a high standard, while the set itself consisted of songs from the band’s lengthy back catalogue, right up to and including this year’s release, Senprusija, all played to brilliant effect. Make no mistake, Skyforger are one of the greatest metal bands in the world right now, as this set demonstrated, and yet here they were playing to a smallish crowd. It seemed very wrong, somehow.

The crowd certainly lapped it up, judging by the mania going on upfront. Finally, after one encore, Pēteris retired for the evening. Drummer Edgars Krūmiņš finally emerged from the smoke that concealed him for the whole of the set and followed in his wake. But then something remarkable happened. Guitarists Edgars Grabovskis and Alvis Bernāns took to the microphones and sang a Latvian folk song in harmony, with nothing but the voice of the other as accompaniment. It was wonderfully performed, and the crowd erupted once more as they in turn took their leave.

And that, dear reader, is why you should drop everything and listen to Skyforger right now.

Next Story:
Catching Rays to Save Sunlight