In Denial? Flour Beetles in a Harsh World 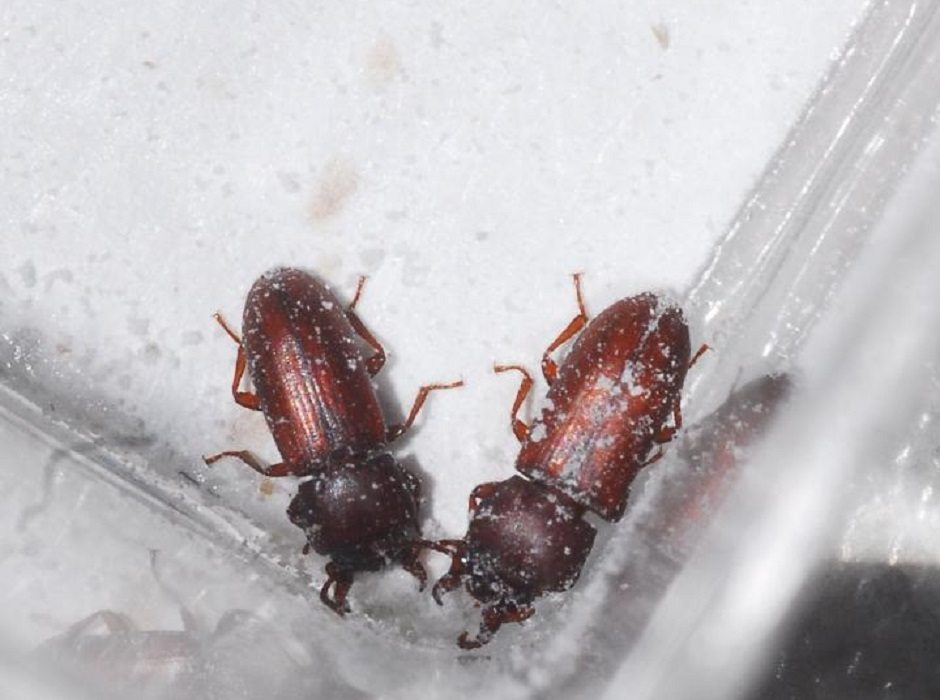 [dropcap style=”font-size:100px; color:#992211;”]T[/dropcap]he smell of other males boosts sperm production and excited leg-drumming in male flour beetles, even when they’re courting a female.

Come on out of the closet, flour beetles. The view’s much better.

Male flour beetles increase their courtship effort and their sperm count if a female smells of other males according to a study published in the journal Behavioural Ecology.

Researchers from the University of Exeter found that males can detect chemical cues on females that have been in contact with other males and that they use these ‘smells’ to assess the risk of sperm competition.

If a female has been in contact with fewer than three suitors, males up their game and increase their courtship efforts in order to win her over. However they quickly give up if she smells of more than three rival males.

The researchers also found that males increase their sperm count when mating with females that carry the scent of any other males.

Sarah Lane from the University of Exeter said: “Remarkably, we discovered that although male beetles appear to be willing to take on one or two rivals, they seem to know it is not worth their while to compete with more than three other males. This shows that they are sensitive to indicators of sperm competition, even if the female hasn’t actually mated.”

Flour beetles exhibit a highly tactile form of courtship in which the male mounts the female and stimulates her, drumming his lower leg along her abdomen until she allows him to mate with her. Such courtship can last for over ten minutes, providing an opportunity for the male to assess the likely sperm competition.

The researchers exposed unmated females to males in a vibrating tube which transferred scent but did not allow them to mate.

The beetles were then observed during courtship to determine whether the number of different male scents on the females influenced courtship effort.

To determine changes in sperm count, females were frozen after mating and the sperm were removed from the reproductive tract and counted.