Her charisma and remarkable voice dominated the stage throughout 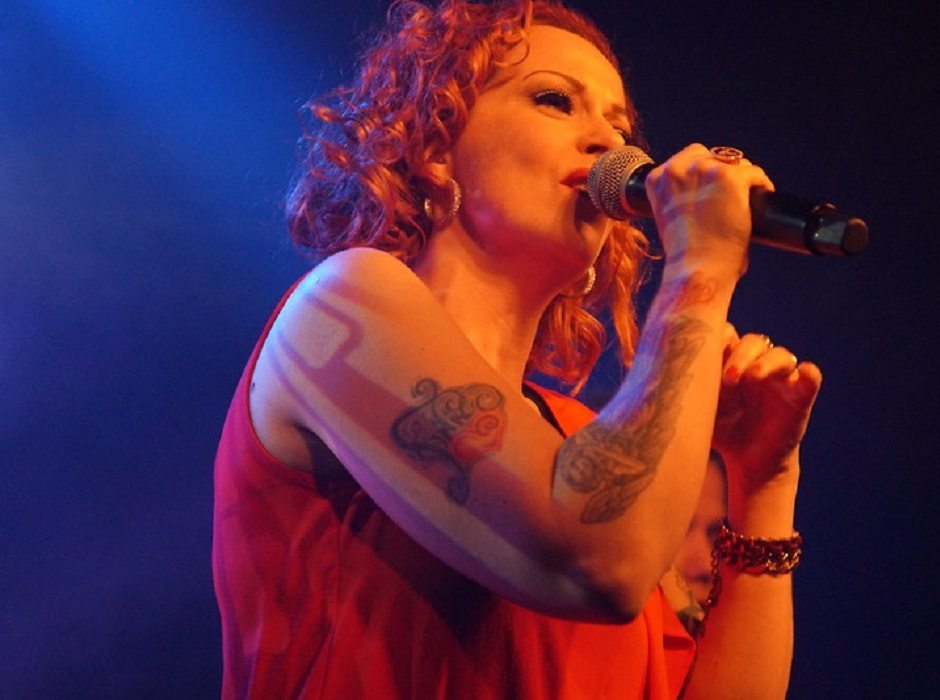 [dropcap style=”font-size:100px; color:#992211;”]T[/dropcap]he Gentle Storm came to The Garage in London on their tour promoting The Diary.

The album is a collaboration between singer Anneke van Giersbergen, formerly of The Gathering, and composer and multi-instrumentalist Arjen Anthony Lucassen, main man of Ayreon and myriad other projects. It’s an interesting work, two disks comprising two different versions of the same set of songs, the acoustic folk-flavoured “Gentle” version, and the symphonic metal “Storm” version. It prompted considerable pre-gig speculation as to exactly how they were going to present it on stage.

The opening act was Streams of Passion, who began life as another of Arjen Lucassen’s projects before taking on a life of their own. They’re a band with feet in the progressive and symphonic metal camps. Aside from a brief but impressive mid-set burst of flying-V electric violin, and despite the twin guitars, Marcela Bovio’s powerful voice is Streams of Passion’s main lead instrument, as demonstrated by the long wordless vocal passage late in the set. It was a very strong performance for a support act.

The Gentle Storm began in the opposite manner to many other bands of their ilk. 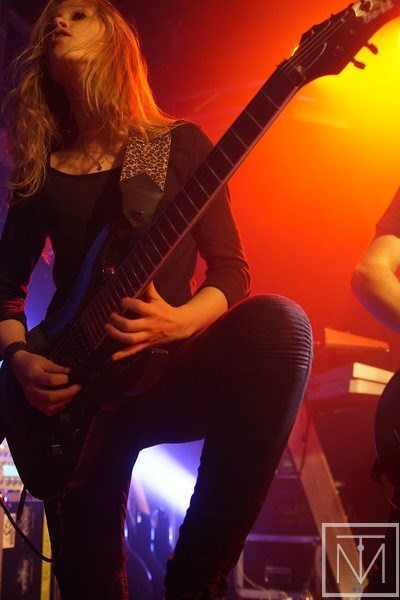 Instead of the now clichéd band kicking up an instrumental storm before the singer makes a dramatic entrance at the last moment, Anneke van Giersbergen stepped onto the stage alone to begin the album’s opener “Gentle Sea”, before being joined by the rest of the band. By the rocked-up celtic jig of “Heart of Amsterdam” they were in full flow, with van Giersbergen on spectacular form vocally.

Arjen Lucassen isn’t part of the live incarnation of The Gentle Storm, though the seven-piece band does include Ayreon alumni Ed Warby on drums as well as two members of Streams of Passion, Marcela Bovio on backing vocals and dreadlocked bassist Johan van Stratum. Having both Anneke van Giersbergan and Marcela Bovio on the same stage made for a lot of vocal talent.

The early part of the set featured “Storm” versions from the album, with The Gathering’s “Eléanor” thrown in for good measure. The twin guitars of Merel Bechtold and Ferry Duijsens covered many of the orchestral lines with the help of guitar effects, reducing the need for pre-recorded backing that’s commonplace in symphonic metal. Although, it would be interesting to know exactly what effects they used on some of Marcela Bovio’s vocal lines to make her sound like a full choir.

In mid-set there was an acoustic interlude, which began with an unexpected solo cover of Pink Floyd’s “Wish You Were Here”. Next came a spine-tingling stripped-down piano and vocal take of album standout “The Moment”, sadly marred by loud talkers (why do London idiots pay good money for a gig only to chatter away through the quiet bits?). Finally Marcela Bovio and Ferry Duijsens joined them for Ayreon’s “Valley of the Queens” and “Comatose”. 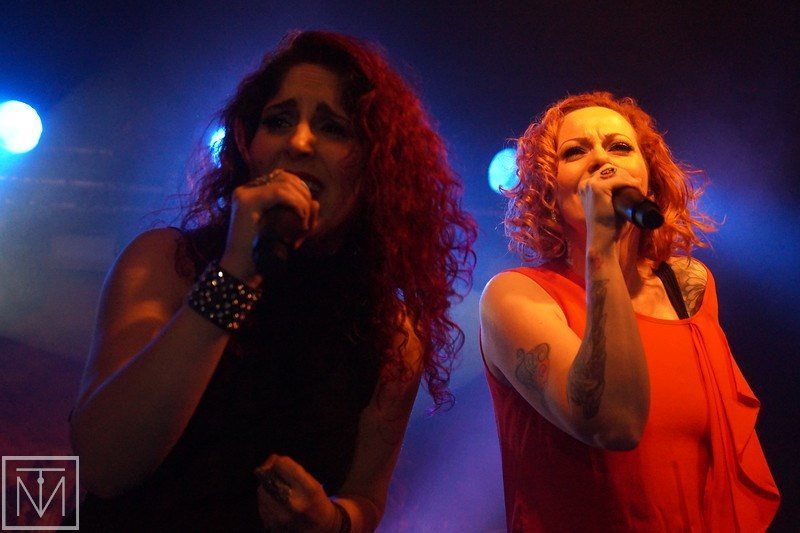 It was back to the full band for the finale, which included The Gathering’s “Strange Machines”, Ayreon’s “Isis and Osiris” and an epic keyboard solo to close the main set, with the Devin Townsend song “Fallout” and the Kashmir-meets-Stargazer eastern rock monster “Shores of India” as the encores.

In the end, though billed as The Gentle Storm and featuring the bulk of the album The Diary, it was really Anneke van Giersbergen’s show. Her charisma and remarkable voice dominated the stage throughout, and although the stronger numbers from the album came over well live, it was the older Gathering and Ayreon numbers that proved to be highlights of the show. 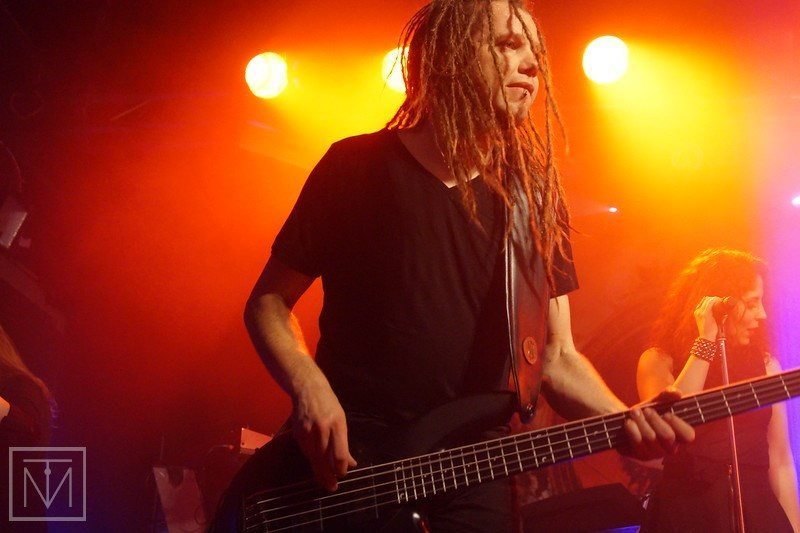 Previous Story:
In Denial? Flour Beetles in a Harsh World

Next Story:
The Peas Are Nice, Dear. Ageing Insects