Many vocalists sit within a single texture in order to create a consistency over the course of an album or performance, creating a thread that other instruments can then weave around. This is far from the case with Igorrr, where not only do the vocalists explore whispers, grunts, skat singing, operatic bravura, screams, shrieks, and tearful orgasmic moans, but they also perform regular singing!

Around April 11th the video ‘Ieud’ appeared on youtube and was greeted with unblinking incomprehension. For fans of darker dance music and metal this video at once intense and tongue in cheek. There were familiar elements to the music but the video, revelling in the cliches of heavy metal, took what they knew and pushed it further. It was also exceptionally well produced.

Prescient readers will probably have also guessed that this description quite accurately describes Igorrr as a whole. With the exception of madness. Igorrr jumps between tones, genres, moods and pacing at schizophrenic paces that unnerves most musical listeners. Fans of Mr Bungle, Secret Chiefs 3, Jason Forrest, and Breakcore as a genre would define Igorrr as a band that isn’t necessarily doing anything new compositionally in terms of their genre combination, however even the most hardcore ‘Aphex Twin is God’ t-shirt wearing nostalgist would have to admit that there are few (if any) who are currently doing it better.

Productio-wise, Gautier is markedly reservered in his use of distortion, compacting the distorted bandwidth to a few essential frequencies around standard guitar. The rest of the samples, percussion, bass, accordion and voices are tightly compressed and separated which in turn allows the compositions 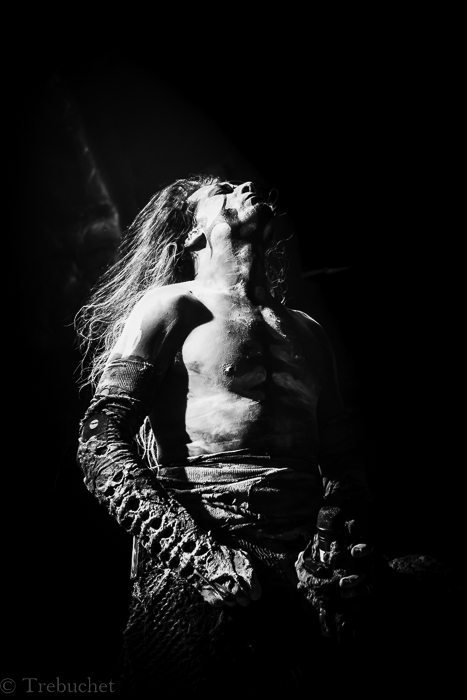 to breathe and interact. The result is that while there is a lot going on, nothing gets muddied or loose, no power is lost. Until it is. The rules that Gautier breaks the most are his own. There are some exceptionally distorted moments in his music but they are finely naunced and as controlled as the more sonically complicated parts.

It’s hard to know what led Gautier to start working with Laure and Laurent, however there is something magical in how their voices blend with the music. Laure’s operatic voice has a particular profound characteristic that is barely contained within the music itself. Soaring, beautiful sitting somewhere on the edge of suicide or murder, it feels psychically dangerous. Male metal vocalist Laurent’s own performance is no less affecting, however, anger in heavy music is infinitely more familiar so the poor chap is probably less recognised as a result.

While Gautier records with a variety of musicians, on the road he strips things back to the elements that most successfully create the claustrophic percussion atmosphere that one imagines characterise his favourite musical experiences: vocals, samples, and drums (Sylvain Bouvier). This is odd because he’s a guitarist, and they rarely share their podium.

Watching the group perform at the Islington Academy in London it’s clear that his preferences are shared by a smallish group of fans that ‘get’ exactly the journey he’s on. It’s the pinnacle of a performance artist to take a group of people and to make them appreciate something beyond themselves. Watching the released passions of Londoners amplify and reverb against themselves, one imagines that therapists across the capital will unanimously mark ‘great progress’.

Previous Story:
Did You Know the Common Ingredient that May Cause Alzheimers?

Next Story:
Your Mood Depends on the Food You Eat (and your age)