Did You Know the Common Ingredient that May Cause Alzheimers?

[dropcap style=”font-size:100px; color:#992211;”]O[/dropcap]of, something to add to the ever-lengthening list of bad things we’ve probably been eating for decades without realizing that they’re ruining our health.

Or, indeed, that we’ve been eating them in the first place.

A hint: In the UK we call the stuff by the delightful name of Rapeseed.

Canola oil is one of the most widely consumed vegetable oils in the world, yet surprisingly little is known about its effects on health. Now, a new study published  in the journal Scientific Reports by researchers at the Lewis Katz School of Medicine at Temple University (LKSOM) associates the consumption of canola oil in the diet with worsened memory, worsened learning ability and weight gain in mice which model Alzheimer’s disease. The study is the first to suggest that canola oil is more harmful than healthful for the brain.

“Canola oil is appealing because it is less expensive than other vegetable oils, and it is advertised as being healthy,” explained Domenico Praticò, MD, Professor in the Departments of Pharmacology and Microbiology and Director of the Alzheimer’s Center at LKSOM, as well as senior investigator on the study. “Very few studies, however, have examined that claim, especially in terms of the brain.”

Curious about how canola oil affects brain function, Dr. Praticò and Elisabetta Lauretti, a graduate student in Dr. Pratico’s laboratory at LKSOM and co-author on the new study, focused their work on memory impairment and the formation of amyloid plaques and neurofibrillary tangles in an Alzheimer’s disease mouse model. Amyloid plaques and phosphorylated tau, which is responsible for the formation of tau neurofibrillary tangles, contribute to neuronal dysfunction and degeneration and memory loss in Alzheimer’s disease. The animal model was designed to recapitulate Alzheimer’s in humans, progressing from an asymptomatic phase in early life to full-blown disease in aged animals.

Dr. Praticò and Lauretti had previously used the same mouse model in an investigation of olive oil, the results of which were published earlier in 2017. In that study, they found that Alzheimer mice fed a diet enriched with extra-virgin olive oil had reduced levels of amyloid plaques and phosphorylated tau and experienced memory improvement. For their latest work, they wanted to determine whether canola oil is similarly beneficial for the brain.

The researchers started by dividing the mice into two groups at six months of age, before the animals developed signs of Alzheimer’s disease. One group was fed a normal diet, while the other was fed a diet supplemented with the equivalent of about two tablespoons of canola oil daily.

The researchers then assessed the animals at 12 months. One of the first differences observed was in body weight – animals on the canola oil-enriched diet weighed significantly more than mice on the regular diet. Maze tests to assess working memory, short-term memory, and learning ability uncovered additional differences. Most significantly, mice that had consumed canola oil over a period of six months suffered impairments in working memory.

As a result of decreased amyloid beta 1-40, animals on the canola oil diet further showed increased formation of amyloid plaques in the brain, with neurons engulfed in amyloid beta 1-42. The damage was accompanied by a significant decrease in the number of contacts between neurons, indicative of extensive synapse injury. Synapses, the areas where neurons come into contact with one another, play a central role in memory formation and retrieval.

“Amyloid beta 1-40 neutralizes the actions of amyloid 1-42, which means that a decrease in 1-40, like the one observed in our study, leaves 1-42 unchecked,” Dr. Praticò explained. “In our model, this change in ratio resulted in considerable neuronal damage, decreased neural contacts, and memory impairment.” 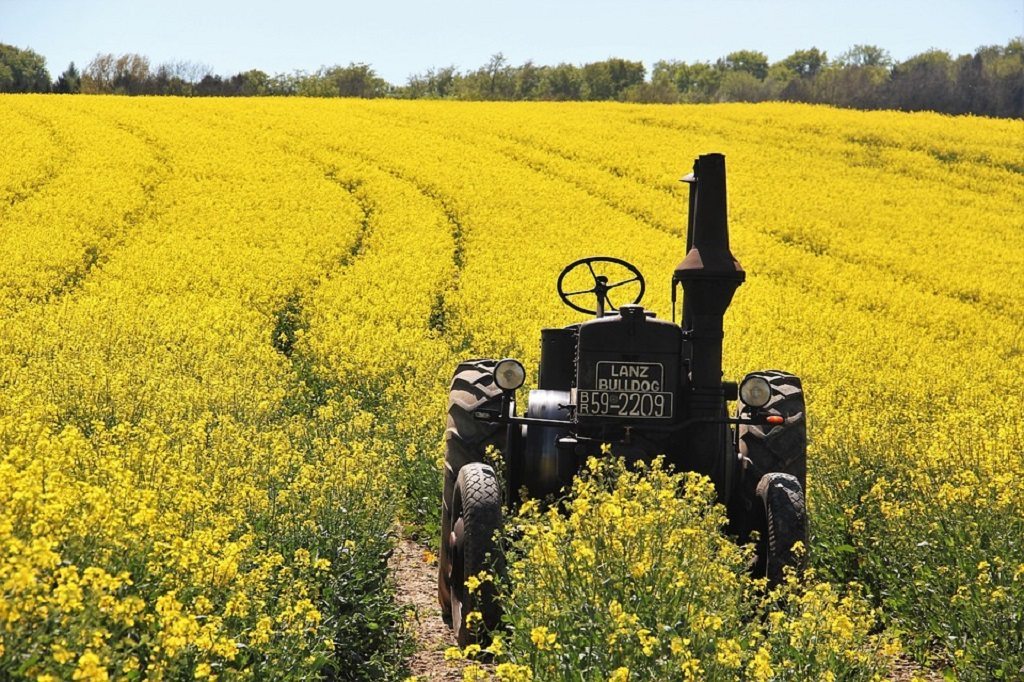 The findings suggest that long-term consumption of canola oil is not beneficial to brain health. “Even though canola oil is a vegetable oil, we need to be careful before we say that it is healthy,” Dr. Praticò said. “Based on the evidence from this study, canola oil should not be thought of as being equivalent to oils with proven health benefits.”

The next step is to carry out a study of shorter duration to determine the minimum extent of exposure necessary to produce observable changes in the ratio of amyloid beta 1-42 to 1-40 in the brain and alter synapse connections. A longer study may be warranted in order to determine whether canola oil also eventually impacts tau phosphorylation, since no effects on tau were observed over the six-month exposure period.

“We also want to know whether the negative effects of canola oil are specific for Alzheimer’s disease,” Dr. Praticò added. “There is a chance that the consumption of canola oil could also affect the onset and course of other neurodegenerative diseases or other forms of dementia.”