Patients undergoing planned surgery appear more likely to die if they have their operation at the end of the week. Can we stop hospital deaths ?

So get drunk on monday.

Patients undergoing planned surgery appear more likely to die if they have their operation at the end of the week, a study published in the British Medical Journal has found.

Researchers at Imperial College London looked at over four million elective procedures conducted in NHS hospitals in England between 2008 and 2011. They found that 27,582 patients died within 30 days of surgery. The mortality rate was lowest for patients having operations on Monday, and increased for each subsequent day of the week. The odds of death were 44 per cent higher for operations on a Friday than a Monday.

The risk of dying was higher still for planned procedures carried out at the weekend – 82 per cent greater odds than Monday – but the number of weekend operations was small and may represent a different mix of patients.

The authors suggest the findings could reflect differences in the quality of care at the weekend.

“The first 48 hours after an operation are often the most critical period of care for surgery patients,” said Dr Paul Aylin, who led the study, from the School of Public Health at Imperial. “So if the quality of care is lower at the weekend as some previous studies have suggested, we would expect to see higher mortality rates not just for patients operated on at the weekend, but also those who have operations towards the end of the week, whose postoperative care overlaps with the weekend. That is what we found.

“Unlike previous studies, we included both deaths in hospital and deaths after discharge, so this eliminates a potential bias of counting only in-hospital deaths. We tried to account for the possibility that different types of patients might have operations at the end of the week, but our adjustment made little difference. This leaves us with the possibility that the differences in mortality rates are due to poorer quality of care at the weekend, perhaps because of less availability of staff, resources and diagnostic services.”

Previous research had found worse outcomes for patients admitted to hospital as an emergency at weekends, but the new study finds a much stronger weekday effect for elective procedures.

As well as looking at the data as a whole, the researchers studied death rates for several specific high risk procedures, and found the same trend for higher mortality close to the weekend.

Source: Imperial College London. Eurekalert. The study was conducted by the Dr Foster Unit at Imperial, funded by Dr Foster Intelligence, an independent healthcare information company, and the National Institute for Health Research. 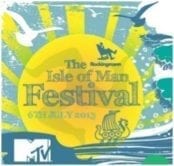