The amount drunk per unit of time is higher among women. In other words, even though male students drink more often, females do so more intensively in shorter periods of time 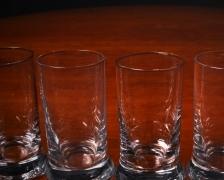 [dropcap style=”font-size:100px;color:#992211;”]G[/dropcap]o girl! Female students now get drunker, quicker, than ever before. And they say academic standards are slipping.

56 percent of female university students get drunk in record time

Female university students get drunk – on purpose – quicker than their male counterparts, and live a more sedentary life than they do, according to a study by the University of Vigo. Results show that 56.1% of female students are considered binge drinkers, as opposed to 41.3% of males.

Researchers from the HealthyFit group at the University of Vigo have studied university students’ lifestyles; their analysis, which includes alcohol and illegal drug consumption habits, sport and food, concludes that most students indulge in unhealthy behaviour. One of the main results of the study is the high consumption of alcohol.

“The amount drunk per unit of time is higher among women. In other words, even though male students drink more often, females do so more intensively in shorter periods of time, which is known as binge drinking“, explained to SINC José Mª Cancela Carral, co-author of the study published by the Journal of Environmental Research and Public Health.

Researchers randomly selected 985 students from different degree courses and in different years at the University of Vigo.

Of the females interviewed, 51.2% lead a sedentary lifestyle, while the percentage in males is 41.7%. When analysing students who maintain an appropriate level of physical activity, 38.6% of males do physical exercise, as opposed to only 20.9% of women.

“We were also surprised by the high consumption of illegal drugs among university students – 44.9% of men and 30.9% of women – which we understand could lead to significant future health problems, mainly related to the nervous system”, underlined the researcher.

Anomalous attitudes to food were more evident among women (16.6%), although also present among men (8.8%). “However, the statistical analysis showed that this parameter depended on the degree the student was studying for”, added Cancela. Such attitudes were much more common among those studying degrees related to education (19.2%) than among those studying courses related to health (6.3%).