Hank Ray : I Walked With A Holy Ghost Cowboy

The sound of someone blowing large smoke rings up the ass of Psychobilly and it’ll truly make you happier than a dead pig in the sunshine.

[dropcap style=”font-size:100px; color:#992211;”]A[/dropcap] strange and eerie sound is pulling me to some other worldly place, a familiar lament is guiding me through the astral plain toward that whirlpool in hell and the  devilishly dirty new rumblings of Hank Ray’s latest incarnation, Thee Holy Ghost Cowboys.

As soon as your eyes fall upon the double E, you know as sure as eggs is eggs that something special is about to be plated up and put in front of you, in this case a steaming hot jambalaya of swamp blues punk country death-a-billy. 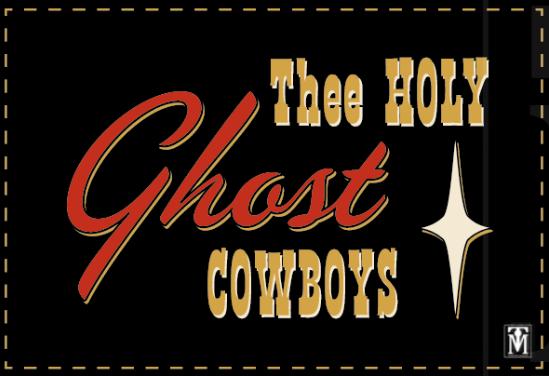 Imagine Hank sat with his snake skin hat and boots, his feet up on the front porch, beaten up old guitar in hand and a jar of white lightnin’ glinting by the rocker on a balmy sweet cotton filled evening. As the Spanish moss gently sways in the breeze, Hank channels the ghosts of the past to form his chilling trade mark vocal, best described here as Cramped Williams.

As in previous spiritual encounters, the Link Wray/Poison Ivy death chords can be clearly heard in the rehearsal recordings of  ‘Trail Of Darkness’ and ‘I Walked With A Zombie’, there may even be a spectral Ramone presence on the latter track which sure as hell puts pepper in the gumbo.

Hank Ray does declare, “I have tons, and I do mean TONS of new material ready to record ….. would love to do a cool vinyl album”. So heads up you promoters out there, I would suggest you get on the stick and go saddle up Thee Holy Ghost Cowboys before they ride off through the diesel smoke on the trail of dark desires and over the plains of helldorado into the scorched lost highway beyond. 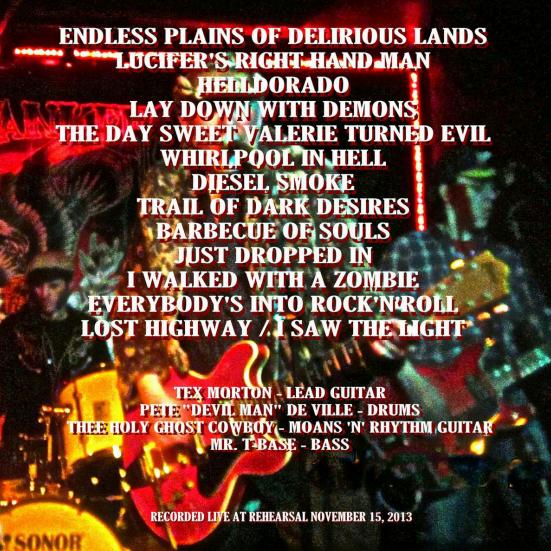 Happier than a dead pig in the sunshine

This certainly is the sound of someone blowing large smoke rings up the ass of Psychobilly and it’ll truly make you happier than a dead pig in the sunshine.

Next Story:
Ride the Wild Surf