Controversial ideas are often the more important and interesting ones. But no, controversy is a byproduct, not the end point.

The gallery, housed in an extremely handsome ex-engineering works, occupies a corner of Riding House Street in Fitzrovia, and has recently displayed exhibits by Boo Saville and Juliana Cerqueira Leite. Currently showing is Henry Hudson‘s Homidnae. 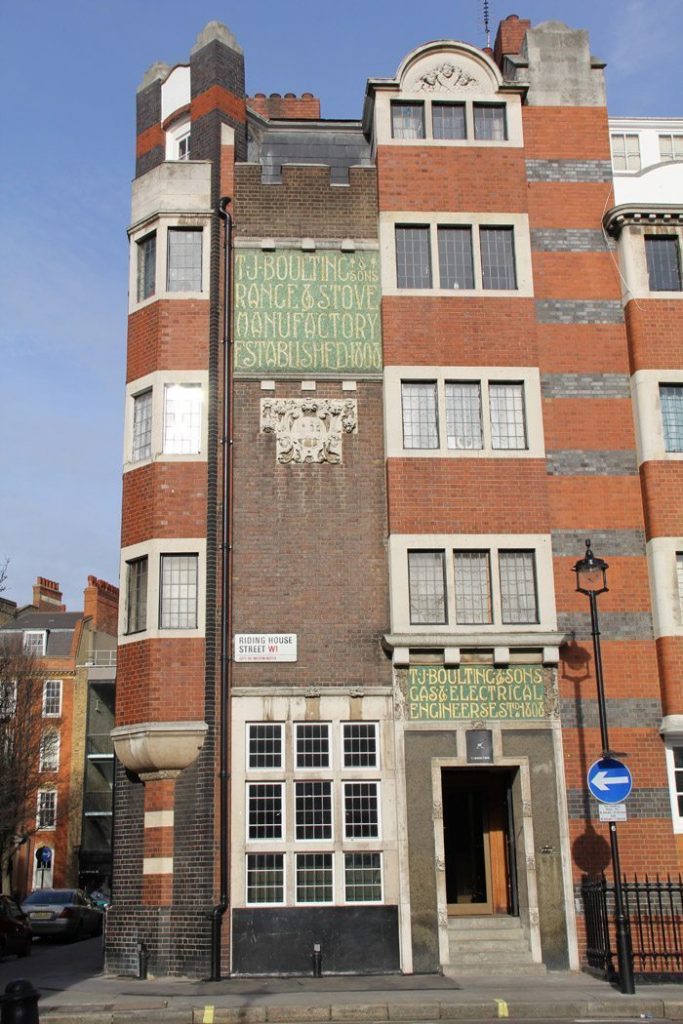 What first drew you to art?
As a child it was a natural instinct and curiosity to draw and replicate the world around, and as I got older to see things creatively, differently, follow ideas. A lot of my family are doctors but instead I went with my instinct and studied History of Art and my interest in writing on art lead me to Trolley, and then especially to begin working with young contemporary artists. 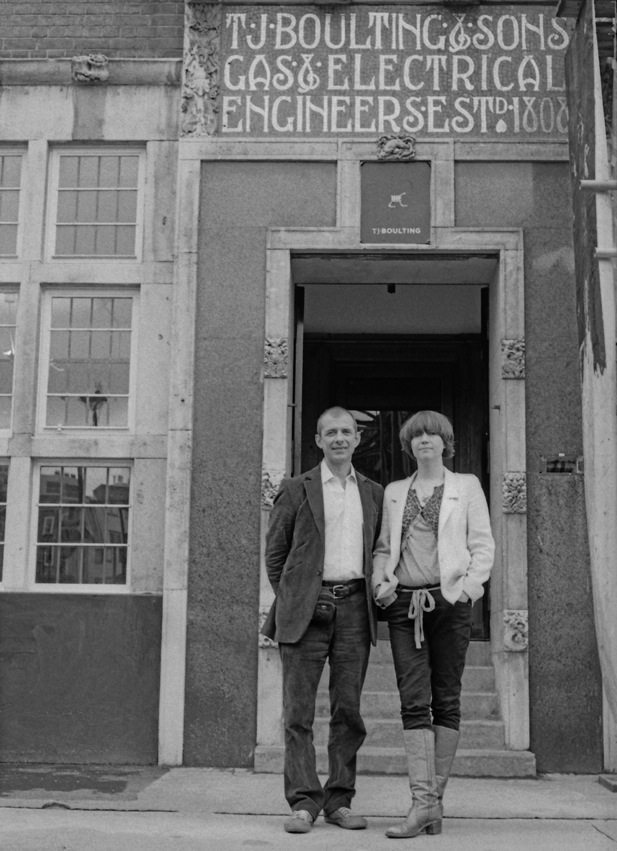 Gigi Giannuzzi and Hannah Watson outside the gallery

How did your gallery start?
Trolley was founded as an independent publishing house by Gigi Giannuzzi in 2001, and a few years later moved into Stuart Shave/Modern Art’s old premises in Redchurch Street. We then started doing exhibitions with the artists and photographers we were working with. Most galleries develop an imprint for their own publications as they go on but we were the other way round.

We published a book of Paul Fryer’s poetry and then did his first solo show when he began working as an artist. After a while the gallery programme was developing separately to the publications and so when we moved premises ourselves in 2011 we decided to rename the gallery TJ Boulting after the building we now inhabit and to define the two operations.

How did you involvement begin?
I had a couple of Trolley’s books and I remember opening them up and seeing the publisher’s name and thinking ‘Trolley, that’s a strange name for a publisher.’ Then I was in Venice doing the Peggy Guggenheim internship and met Gigi who offered me a job when I got back to London.

That was seven years ago, and since then together we’ve developed the gallery side and moved to new premises as well as continue to publish our award-winning photojournalism, art and most recently, fiction books.

What is the vision for this gallery?
To support the emerging artist we work with and offer them an ambitious space in which to develop and present their ideas and act as a platform for their work to be seen to a wider audience. Combined with this, to present exhibitions of more established international artists to give important art historical context to the gallery and its critical role.

I think the combination of different levels of artists in the programme works well. This year we had an exhibition of Alighiero e Boetti followed by Ian Giles, who had just completed his MA at the Slade. 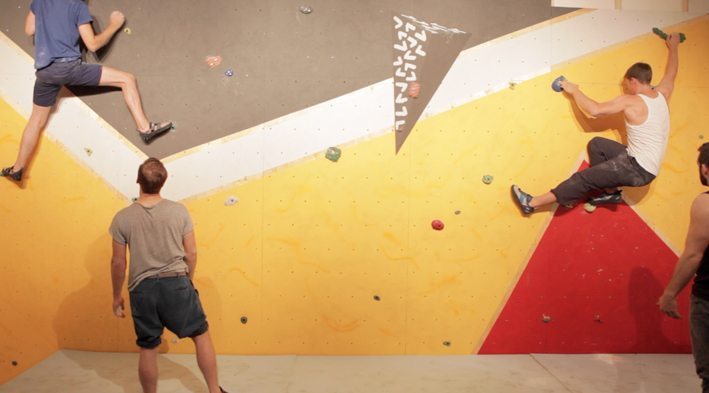 Which artists typify the vision you have for your gallery?
All the artists we decide to work with play a role. They are long term relationships.

What do you dislike most about art?
Bad art making money. Apart from that there is a lot to like.

How would you define artistic controversy?
See above. Anything where ideas or integrity are challenged, repressed or exploited. 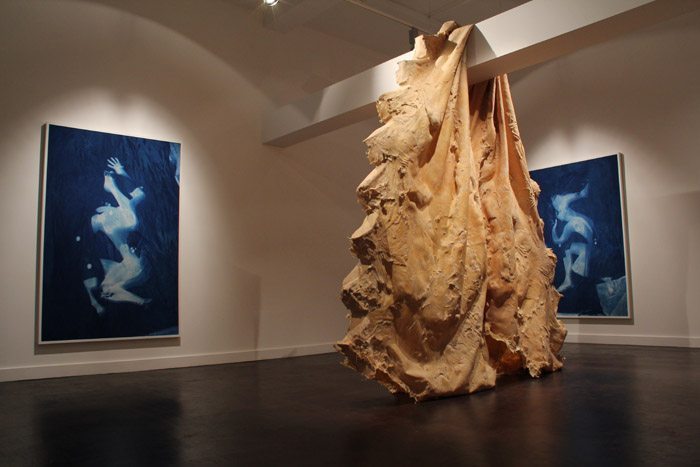 Do you think that controversy in is a positive force in art or a conceptual red herring?
Controversy is a relative value, alone it is not going to make art history. But with hindsight controversial ideas are often the more important and interesting ones. But no, controversy is a byproduct, not the end point.

What’s been your biggest challenge?
Opening an exhibition two days after being given the keys to the new gallery!

What’s been your biggest success?
Reaching our ten year anniversary for Trolley and moving to the new space. 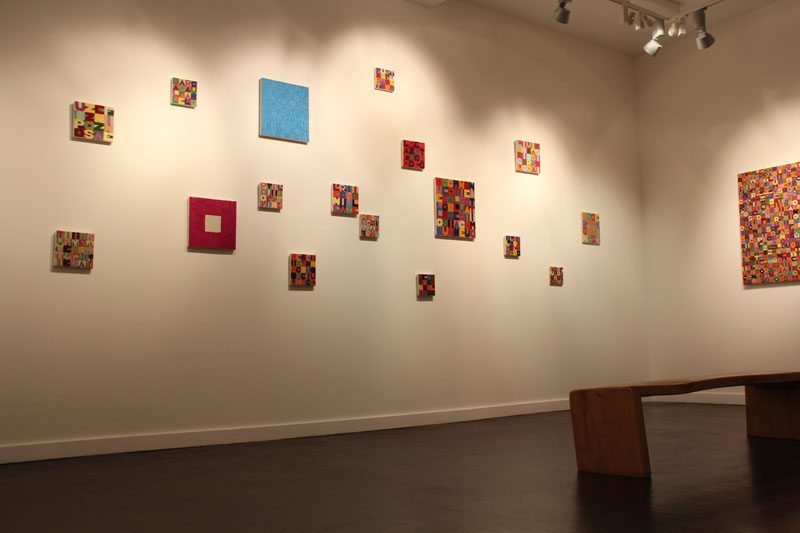 Who do you think is the artist to watch at the moment and why?
Ian Giles is the latest artist we work with and is already doing really interesting things, and is shortly to leave to New York. Helen Marten is doing strong shows and projects.

What does the future hold?
For the gallery, we of course hope to continue working with our artists and watch them go from strength to strength. Otherwise, one day the Moon Biennal. 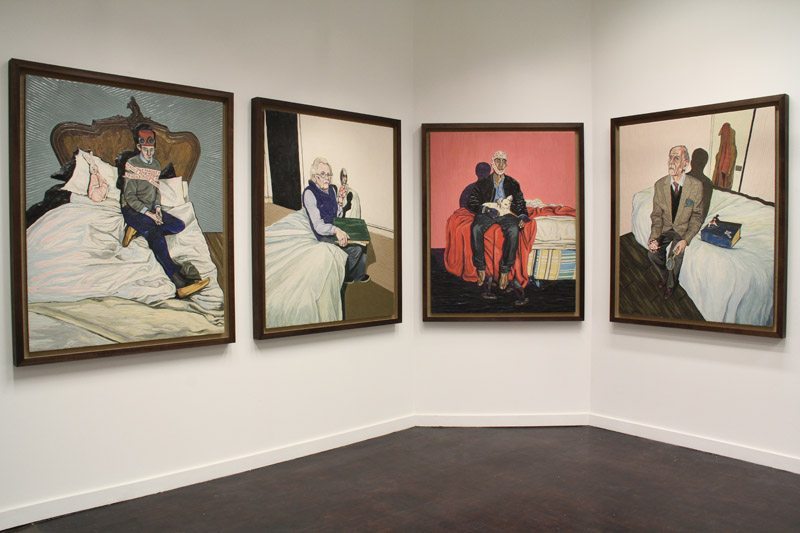