The Gromit trail acted as an excuse to explore the diverse areas of Bristol. It encouraged us to walk round the city, disguising exercise as fun entertainment.

[dropcap style=”font-size:100px; color:#992211;”]F[/dropcap]rom the 18th to 22nd September a sensational exhibition entitled ‘The Greatest Dog Show on Earth’, will sweep into Bristol.

Inside the building that used to be Habitat on Queens Road, eighty larger than life Gromit statues will be displayed. They have been designed and decorated by artists, designers or companies (such as Peter Blake, The Beano, Pixar, and even Nick Park himself). 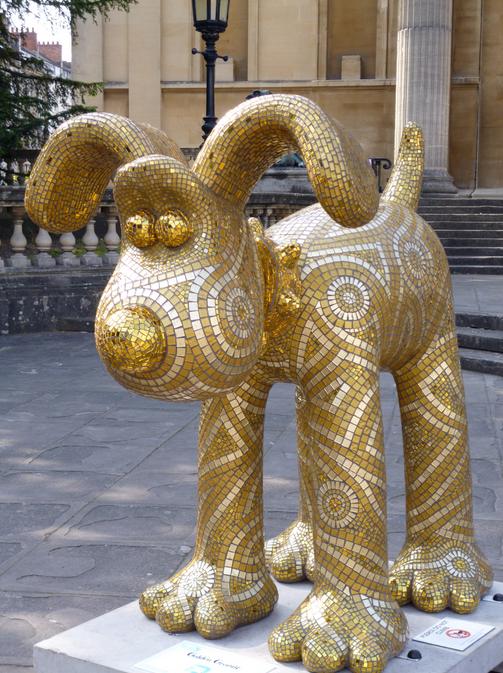 These Gromits were originally installed at various iconic landmarks as well as in more hidden places across Bristol. This was in a similar vein to the apes that were put up round the city last summer; the pig sculptures that appeared in Bath several years ago; and the original cows which punctuated various European cities during the 90s.

The Gromits are clearly more fun and accessible than the apes (which even managed to look sinister and slightly threatening).

But why have the Gromits been such a success? There are many possibilities. Gromit is a character we can all immediately recognize regardless of our generation. He could arguably be called a British icon. Specifically, Gromit also has roots in Bristol, as he was created by Nick Park at the Bristol Aardman Animation Studios.

Unlike the apes, the Gromits appeared to reflect certain characteristics, landmarks or areas of Bristol through the way they have been decorated. For example, there was an Elvis Gromit (The King) near the Bristol Old Vic, and a pirate Gromit (Salty Sea Dog) at The Cascade Steps by the Harbourside. In Millennium Square, an astronout Gromit (called Astro Gromit) reflected the stark modern design of the space and the ‘At Bristol’ centre, which focuses on science.

The Gromit trail acted as an excuse to explore the diverse areas of Bristol. It encouraged us to walk round the city, disguising exercise as fun entertainment. This links the Gromit trail to the type of charity it is raising money for, as both are concerned with health and well-being (Wallace & Gromits Grand Appeal, The Bristol Children’s Hospital charity). 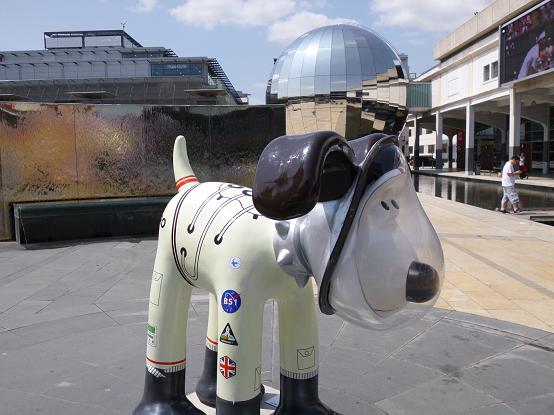 Originally, ‘The greatest Dog Show on Earth’ exhibition was to be held inside the RWA itself, just next door to Habitat. This would have obviously brought the RWA a huge and possibly overwhelming amount of success and publicity and so it is a shame that this is no longer the Gromits’ location. The RWA had been a little frustrated that the Gromit by David Inshaw just inside the entrance of their gallery had not brought more people into the actual exhibitions upstairs, as crowds (where numbers went beyond 200 during just a normal morning) went no further than the doorway.

However, this change in location is also somewhat of a relief. The exhibition space in the RWA would definitely have been stretched to its absolute limits. Indeed, the idea that all eighty Gromits were going to fit in there as well as all of the visitors and RWA volunteers was fairly alarming. The full-on timetable and recruitment for RWA volunteers also indicated the strains put upon their exhibition and visitor capacity. 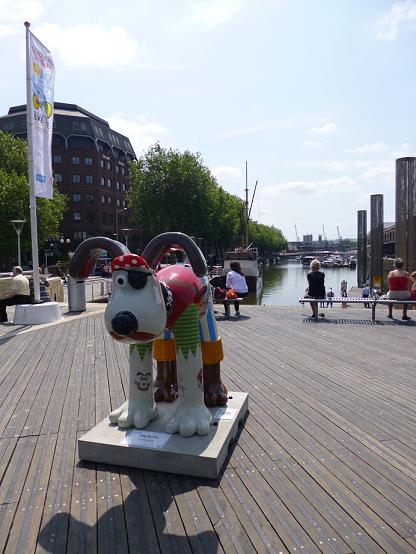 The Habitat building also has the advantage of having full length windows, which will easily allow the stunning collection of Gromits to be seen from afar in one of the busiest parts of town, breaking down some of the boundaries between exhibition area and public space, hopefully making whole thing more enjoyable and fun. Fingers crossed that the window spaces will be used to their full advantage.

‘The Greatest Dog Show on Earth’ exhibition will be open daily at 9.30am to 5.30pm from Wednesday to Friday, open late until 6.30pm on Saturday and from 11am to 5pm on the Sunday. Visitors to the exhibition will have the opportunity to place a sealed bid prior to the auction of pieces.