A rechargeable battery to power a home from rooftop solar panels

The problem’s never been about getting energy, but about storing it. Reaearchers at Harvard may have come up with a fix for that.

(Worrying isn’t actually a source of renewable energy, by the way. Although it does consume lots of it.)

A team of Harvard scientists and engineers has demonstrated a rechargeable battery that could make storage of electricity from intermittent energy sources like solar and wind safe and cost-effective for both residential and commercial use. The new research builds on earlier work by members of the same team that could enable cheaper and more reliable electricity storage at the grid level.

The mismatch between the availability of intermittent wind or sunshine and the variability of demand is a great obstacle to getting a large fraction of our electricity from renewable sources. This problem could be solved by a cost-effective means of storing large amounts of electrical energy for delivery over the long periods when the wind isn’t blowing and the sun isn’t shining.

In the operation of the battery, electrons are picked up and released by compounds composed of inexpensive, earth-abundant elements (carbon, oxygen, nitrogen, hydrogen, iron and potassium) dissolved in water. The compounds are non-toxic, non-flammable, and widely available, making them safer and cheaper than other battery systems.

“This is chemistry I’d be happy to put in my basement,” says Michael J. Aziz, Gene and Tracy Sykes Professor of Materials and Energy Technologies at Harvard Paulson School of Engineering and Applied Sciences (SEAS), and project Principal Investigator. “The non-toxicity and cheap, abundant materials placed in water solution mean that it’s safe — it can’t catch on fire — and that’s huge when you’re storing large amounts of electrical energy anywhere near people.”

The research appears in a paper published today in the journal Science.

“We combined a common organic dye with an inexpensive food additive to increase our battery voltage by about 50 percent over our previous materials,” says Gordon. The findings “deliver the first high-performance, non-flammable, non-toxic, non-corrosive, and low-cost chemicals for flow batteries.”

Unlike solid-electrode batteries, flow batteries store energy in liquids contained in external tanks, similar to fuel cells. The tanks (which set the energy capacity), as well as the electrochemical conversion hardware through which the fluids are pumped (which sets peak power capacity), can be sized independently. Since the amount of energy that can be stored can be arbitrarily increased by scaling up only the size of the tanks, larger amounts of energy can be stored at lower cost than traditional battery systems. 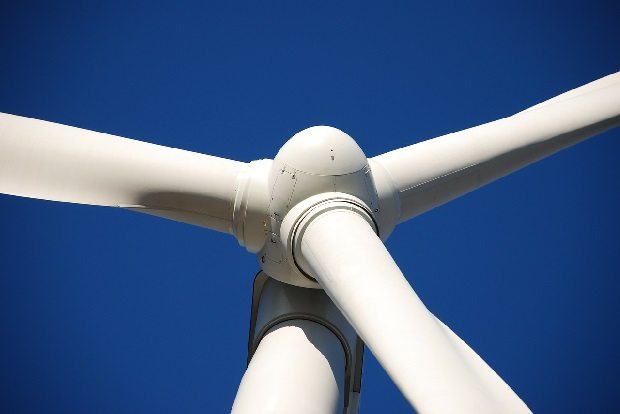 The active components of electrolytes in most flow battery designs have been metal ions such as vanadium dissolved in acid. The metals can be expensive, corrosive, tricky to handle, and kinetically sluggish, leading to inefficiencies. Last year, Aziz and his Harvard colleagues demonstrated a flow battery that replaced metals with organic (carbon-based) molecules called quinones, which are abundant, naturally occurring chemicals that are integral to biological processes like photosynthesis and cellular respiration. While quinones in aqueous solution formed the negative electrolyte side of the battery, the positive side relied on a conventional bromine-bearing electrolyte that is used in several other batteries. The high performance and low cost of the technology, which Harvard has licensed to a company in Europe, hold the potential to provide scalable grid-level storage solutions to utilities.

But bromine’s toxicity and volatility make it most suitable for settings where trained professionals can deal with it safely behind secure fences.

So the team began searching for a new recipe that would provide comparable storage advantages — inexpensive, long lasting, efficient — using chemicals that could be safely deployed in homes and businesses. Their new battery, described in a paper published today in the journal Science, replaces bromine with a non-toxic and non-corrosive ion called ferrocyanide.

“It sounds bad because it has the word ‘cyanide’ in it,” explains co-lead author Marshak, who is now assistant professor of chemistry at the University of Colorado Boulder. “Cyanide kills you because it binds very tightly to iron in your body. In ferrocyanide, it’s already bound to iron, so it’s safe. In fact, ferrocyanide is commonly used as a food additive, and also as a fertilizer.”

Because ferrocyanide is highly soluble and stable in alkaline rather than acidic solutions, the Harvard team paired it with a quinone compound that is soluble and stable under alkaline conditions, in contrast to the acidic environment of their original battery developed last year.

Marshak compares exposure to the concentrated alkaline solution to coming into contact with a damaged disposable AA battery. “It’s not something you want to eat or splash around in, but outside of that it’s really not a problem.”

There are other advantages to using alkaline solution. Because it is non-corrosive, the flow battery system components can be constructed of simpler and much less expensive materials such as plastics.

“First generation flow batteries were single-element couples – transition metals like vanadium or iron or chrome,” says Michael Perry, Project Leader for Electrochemical Systems at United Technologies Research Center, who was not involved in the work. “Now we’re seeing the possibility of engineered molecules giving us the properties and attributes that we want in one complete system. More work is required and justified but the Harvard team is really demonstrating the promise of next-generation chemistries.”

Robert F. Savinell, Distinguished University Professor and George S. Dively Professor of Engineering at Case Western Reserve University, another battery expert who was not part of the Harvard research, agrees that the new technology offers significant advantages over other flow batteries concepts, including “potential very low costs with sustainable materials, high efficiencies at practical power densities, and safe and simple operation.” He adds: “It should be expected that this flow battery approach will have a short development and scale-up path for fast commercial introduction.”

Harvard’s Office of Technology Development has been working closely with the research team to navigate the shifting complexities of the energy storage market and build relationships with companies well positioned to commercialize the new chemistries.

The demand for battery storage is driven by regulatory factors as much as economic ones. In some states, as well as many parts of the world, if it can’t be instantaneously used by meeting electricity demand, solar energy incident on solar panels goes to waste unless the electricity is stored. However, in many states, customers have the right to sell electricity produced by rooftop solar panels at high consumer rates under a regulatory scheme called net metering. Under those circumstances, consumers have little incentive to install batteries. But market experts like William W. Hogan, Raymond Plank Professor of Global Energy Policy at Harvard Kennedy School, believe that such policies are ultimately “uneconomic and unsustainable.” And as more and more homeowners install solar panels, utilities are opposing requirements to buy electricity from their customers.

Hogan says net metering is one of a series of “regulatory gimmicks designed to make solar more attractive” and predicts that eventually consumers with rooftop photovoltaic panels will lose the option of exchanging electricity for discounts on their utility bills. When that happens, these homeowners have an incentive to invest in battery storage.

That’s the emerging market opportunity that Tesla Motors entrepreneur Elon Musk hopes to leverage with his company’s recently-announced Powerwall system. But the flow battery design engineered by Aziz and his Harvard colleagues offers potential advantages in cost and the length of time it can maintain peak discharge power compared to lithium batteries.

“This has potential because photovoltaics are growing so fast,” Aziz says. “A cloud comes over your solar installation and BAM – the production goes crashing down. Then the cloud goes away and the production goes shooting up. The best way of dealing with that is with batteries.”