[dropcap style=”font-size:100px; color:#992211;”]L[/dropcap]ori Zimmer recently described Molly Crabapple for Creem as “a New York artist [who’s] come a long way from nude modeling and doodling, asserting herself as an important political voice, pen and brush of the art world.

Whether she’s on the Islamic front in Syria sketching, writing an article for VICE, or working on her forthcoming illustrated memoir, Drawing Blood, Crabapple is a force to be reckoned with.”

Crabapple’s passion is more than evident in most all that she does. Not only does she possess an aptitude for conveying insightful truths through her art, but she is incredibly articulate, both on the page as well as in person.

A true individual, Crabapple has never been one to outline a five-year plan for her future. Instead, she’s successfully managed to cobble out an estimable career by having the fortitude, at a fairly young age, to take “every single possible opportunity” that has come her way, as conveyed by the artistherself in a podcast she did for Longform.

Case in point, her segue into journalism occurred almost by happenstance. On the one-year anniversary of Occupy Wall Street, she’d been arrested for participating in a protest, despite the fact that she had been walking on the sidewalk (not in the street) and was within no more than two blocks of her New York apartment.

Nonetheless, the event left a deep mark. And after her release, she wrote a piece about her experience and the insight she gained by learning, first hand, “what poor people and people of color had already known. [That] the law is often a hostile and arbitrary thing. Speak too loudly, stand in the wrong place, and you’re on the wrong side of it.”

Her words touched a chord. Not only did CNN pick up the piece, but it went viral almost overnight. And before long, Crabapple found herself authoring a regular column for VICE.

Prior to Occupy Wall Street, Crabapple’s work hadn’t been politically motivated, at least not intentionally. Yet, it was upon Crabapple’s arrest that a definitive change in her career was instantaneously triggered.

Since, she’s done extensive reporting on topics ranging from the living conditions endured by detainees at Guantánamo to the heartbreaking truths that those who inhabit border complexes, such as Bab al Salam, have had to face since the onset of Syria’s civil war. 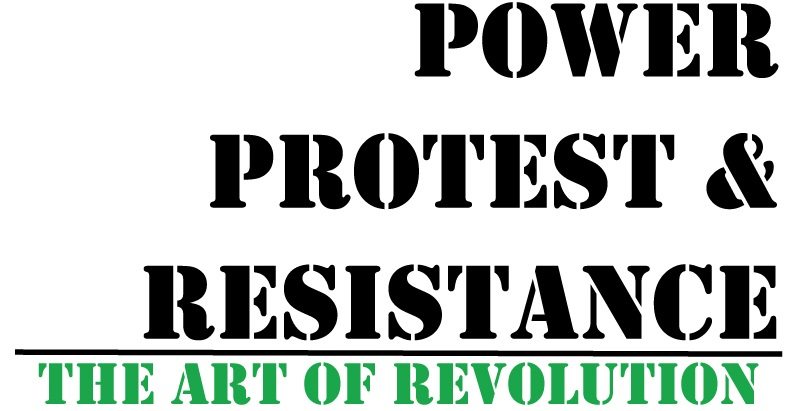 Power, Protest, and Resistance: The Art of Revolution opened this week at the Skylight Gallery, New York, a group show curated by Che Baraka where the originals of Molly Crabapple’s ‘Can You See the New World Through The Teargas’ and ‘We Will Vote’ are on view for the first time.