Global Sustainability : Futile Surface-Scratching or Hope for the Future?

It’s good to know that there are some heartwarming tales of human creativity from which to take solace in these troubled times. Like a project in Newfoundland designed to save baby puffins from traffic.

Community sustainablity projects. Helping undo all the environmental damage caused by plundering the planet’s resources to fuel two centuries of industrial/consumerist greed and excess – one puffin at a time.

Global examples of sustainability projects, which offer a positive future for the environment, have been identified by an international group of researchers including Professor Martin Solan from the University of Southampton.

They gathered examples of positive initiatives from communities around the world for a website they created — Good Anthropocene. These ranged from projects involving community-based radiation monitoring in Japan and ones designed to create healthier school lunches in California, to puffin patrols in Newfoundland that save baby birds from traffic.

The researchers believe that there are aspects of these projects that can be used either alone, or in combination with one another to build a better, more sustainable future.

By analysing 100 of the 500 plus projects that were contributed to the website, they identified some of the overarching trends in community initiatives that they believe can potentially play a role in creating a future that is both more just and more sustainable.

The six main themes, which have been published in the journal Frontiers in Ecology and the Environment, are:

Agroecology – these projects generally adopt social-ecological approaches to enhancing food-producing landscapes. One example is the Satoyama Initiative in Japan, where urban residents are working with rural people to revive underused rural lands through farm stays and volunteer work along with financial support.

Green Urbanism – these are projects that focus on improving the liveability of urban areas. New York City’s Highline Park, where native species have been planted on abandoned railway lines to create urban spaces where art, education and recreation intersect and are accessible to all, is an example of this.

Future Knowledge – these are projects which foster new knowledge and education that can be used to transform societies. One example is Greenmatter, a program in South Africa to provide graduate-level skills for biodiversity conservation.

Urban Transformation – these projects work to create new types of social-ecological interactions around urban space. One example is the Sukhomajri village in the Himalaya’s where the community became well-known in the 1980s for coming together to stop Sukhna Lake from silting up as well as for harvesting rainwater, and in the process transforming their village.

Fair Futures – these projects aim to create opportunities for more equitable decision making. One example is City of the Future Lüneburg 2030+ – a project that aims to envision the future city of Lüneburg, Germany in a way that it turns into more sustainable, livable and fair place. The project has been jointly developed by the sustainability oriented University of Leuphana, the local government of the Hanseatic City of Lüneburg, local NGOs and business as well as citizens. 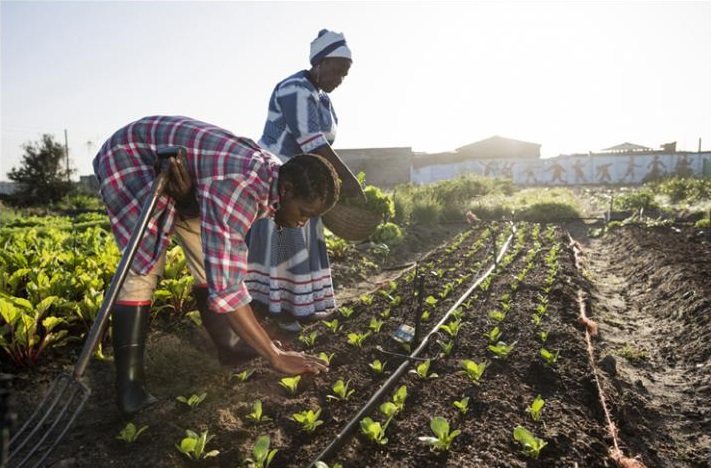 Sustainable Futures – these are social movements to build more just and sustainable futures. One example is the US based Farm Hack project that was founded in 2010 by farmers and organisers, who use the internet to share new ideas about food production and innovative tools to increase the resilience of sustainable agriculture and rural economies. Another example is a bicycle powered root washer.

“I’m excited about this project because it represents a big shift for environmental scientists to start looking at things positively,” says lead author of the study Elena Bennett, who teaches in the School of the Environment at McGill University in Montreal, Canada. “As scientists, we tend to be very focussed on all the problems, so to look at examples of the sustainable solutions that people are coming up with – and to move towards asking, ‘what do the solutions have in common’ is a big change.”

Professor Solan, co-lead author, said: “We are bombarded with negative images of the future, yet there are a lot of grass roots initiatives that are changing the way we think, what we do, and the way we do things.

“What’s striking is that our analyses are revealing that many of these initiatives gain traction and spread quickly, and that there are aspects of behaviour that are repeated time and time again. I get a sense of relief from that, by learning what does and does not work means, our legacy may not be as dark as we might think.”

Elena Bennett added: “This is also a move away from the typical academic perspective of looking at things in a top-down way, where we the scientists determine all the definitions. We have encouraged people who are involved in the projects to define what makes a project ‘good’, partly because we didn’t want to be driven only by our Northern European or North American sensibilities. We wanted to see a variety of ideas about what people want from the future.”

The researchers invite those who are involved with sustainability projects of various kinds around the world to go to the Seeds of a Good Anthropocene website and contribute them.

Source: Eurekalert/University of Southampton
Image: Frontiers in Ecology and the Environment

Next Story:
Consumed By Cronenberg