New form of carbon that’s hard as a rock, yet elastic, like rubber

[dropcap style=”font-size:100px; color:#992211;”]H[/dropcap]ard as rock, but under certain circumstances, rubbery and flexible.

Carnegie Institution scientists announe a new form of carbon with the usual gleeful speculations about the (lucrative) defence-and-weaponry applications it may be subject to.

A team including several Carnegie scientists has developed a form of ultrastrong, lightweight carbon that is also elastic and electrically conductive. A material with such a unique combination of properties could serve a wide variety of applications from aerospace engineering to military armor.

Carbon is an element of seemingly infinite possibilities. This is because the configuration of its electrons allows for numerous self-bonding combinations that give rise to a range of materials with varying properties. For example, transparent, superhard diamonds, and opaque graphite, which is used for both pencils and industrial lubricant, are comprised solely of carbon. 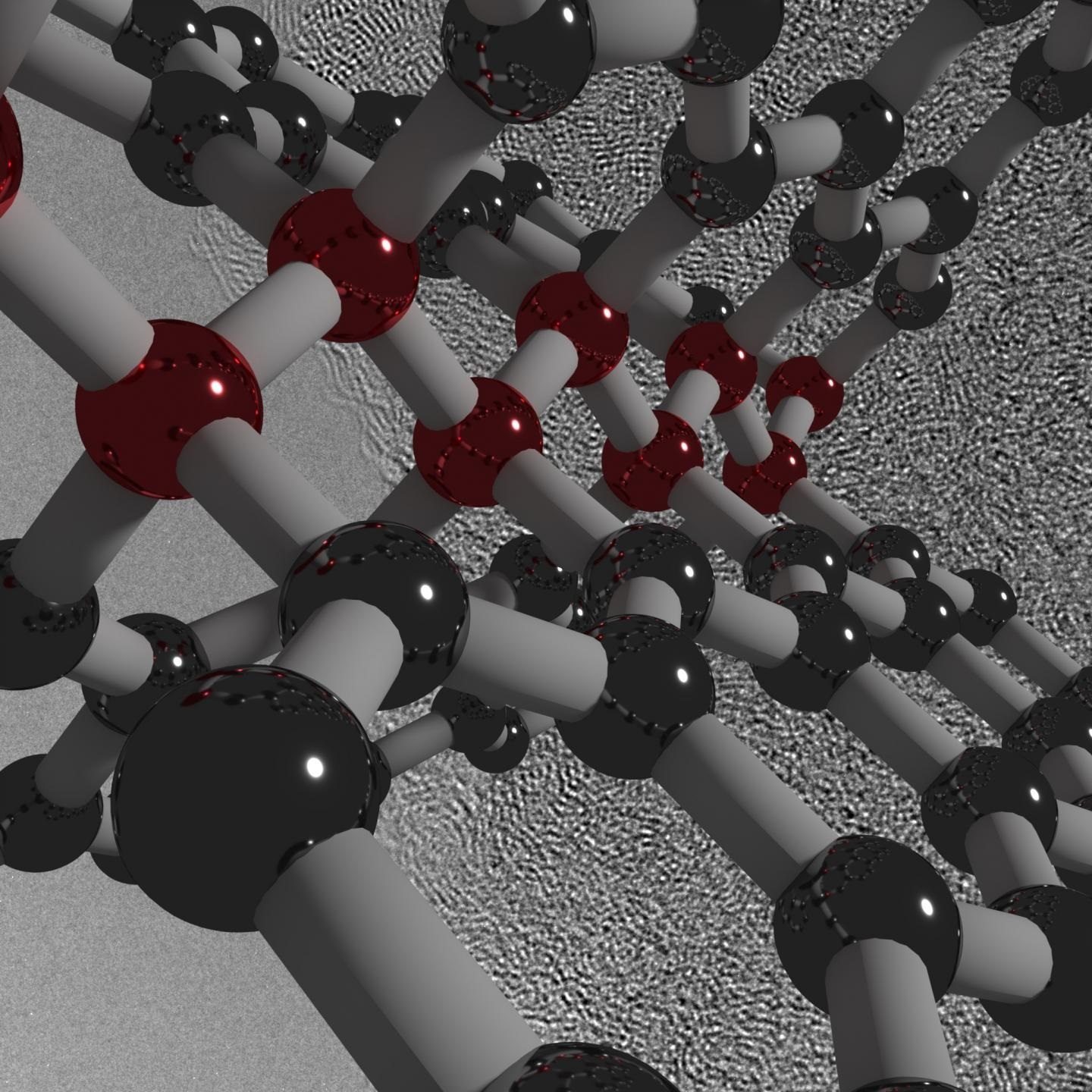 Scientists had previously tried subjecting glassy carbon to high pressures at both room temperature (referred to as cold compression) and extremely high temperatures. But the so-called cold-synthesized material could not maintain its structure when brought back to ambient pressure, and under the extremely hot conditions, nanocrystalline diamonds were formed.

The newly created carbon is comprised of both graphite-like and diamond-like bonding motifs, which gives rise to the unique combination of properties. Under the high-pressure synthesis conditions, disordered layers within the glassy carbon buckle, merge, and connect in various ways. This process creates an overall structure that lacks a long-range spatial order, but has a short-range spatial organization on the nanometer scale.

“Light materials with high strength and robust elasticity like this are very desirable for applications where weight savings are of the utmost importance, even more than material cost,” explained Zhisheng Zhao a former Carnegie fellow, who is now a Yanshan University professor. “What’s more, we believe that this synthesis method could be honed to create other extraordinary forms of carbon and entirely different classes of materials.”