The speed at which an alcoholic beverage is drunk will influence the level of intoxication experienced, and also the number of drinks consumed in a single drinking session. Therefore, slowing drinking rates is likely to have positive impact for the individual and also at a population level. 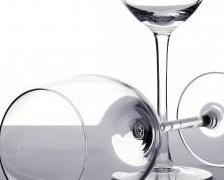 So just to be on the safe side, let’s just shotgun cans of cheap lager from now on….

Dr Angela Attwood and colleagues from Bristol’s School of Experimental Psychology recruited 160 social drinkers aged 18-40 with no history of alcoholism to attend two experimental sessions. At one session they were asked to drink either lager or a non-alcoholic soft drink from either a straight-sided glass or a curved ‘beer flute’.

The participants were almost twice as slow when drinking alcohol from the straight-sided glass compared to the curved glass.

There was no difference in drinking rates from the glasses when the drink was non-alcoholic.

The researchers suggest that the reason for this may be because it is more difficult to accurately judge the halfway point of shaped glasses. As a result, drinkers are less able to gauge how much they have consumed.

In order to test this, participants attended another session in which they completed a computer task that presented numerous pictures of the two glasses containing varying volumes of liquid. By asking participants to judge whether the glass was more or less than half full, the researchers were able to show that there was greater error in accurately judging the halfway point of the curved glass. 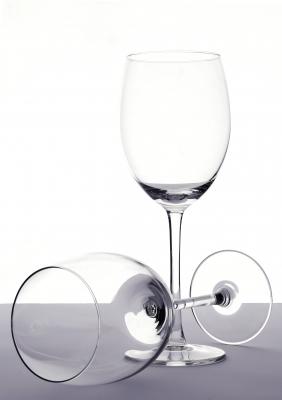 The speed at which an alcoholic beverage is drunk will influence the level of intoxication experienced, and also the number of drinks consumed in a single drinking session. Therefore, slowing drinking rates is likely to have positive impact for the individual and also at a population level.

Dr Attwood said: “Due to the personal and societal harms associated with heavy bouts of drinking, there has been a lot of recent interest in alcohol control strategies. While many people drink alcohol responsibly, it is not difficult to have ‘one too many’ and become intoxicated. Because of the negative effects alcohol has on decision making and control of behaviour, this opens us up to a number of risks.

“People often talk of ‘pacing themselves’ when drinking alcohol as a means of controlling levels of drunkenness, and I think the important point to take from our research is that the ability to pace effectively may be compromised when drinking from certain types of glasses.”

Next Story:
Declan Sinnott: I Love the Noise it Makes