The Genetics of a Coffee Buzz 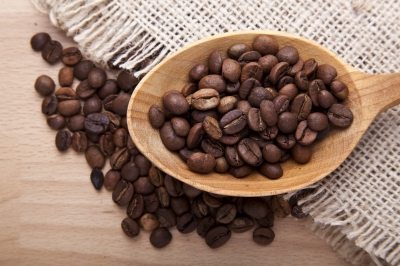 Trebuchet rarely misses an opportunity to run a coffee-related news item. This time, on the genetic resilience to the wonderbean’s effects.

Hardened users, we at Trebuchet revel in our coffee-genes, safe in the knowledge that we’ll drink you under (or should that be over/onto?) the table.

As long as it comes in a proper china cup. Rounded at the bottom. Fluted. With a saucer, dammit. And one of those little cinnamon biscuits would be nice. And make sure the crema is fine-grained, we don’t want no bubblesome froth.

A new, large-scale study has identified six new genetic variants associated with habitual coffee drinking. The genome-wide meta-analysis, led by Harvard School of Public Health and Brigham and Women’s Hospital researchers, helps explain why a given amount of coffee or caffeine has different effects on different people and provides a genetic basis for future research exploring the links between coffee and health.

“Coffee and caffeine have been linked to beneficial and adverse health effects. Our findings may allow us to identify subgroups of people most likely to benefit from increasing or decreasing coffee consumption for optimal health,” said Marilyn Cornelis, research associate in the Department of Nutrition at Harvard School of Public Health and lead author of the study.

Genetics have long been suspected of contributing to individual differences in response to coffee and caffeine. However, pinpointing the specific genetic variants has been challenging.

The researchers, part of the Coffee and Caffeine Genetics Consortium, conducted a genome-wide meta-analysis of more than 120,000 regular coffee drinkers of European and African American ancestry. They identified two variants that mapped to genes involved in caffeine metabolism, POR and ABCG2 (two others, AHR and CYP1A2 had been identified previously). Two variants were identified near genes BDNF and SLC6A4 that potentially influence the rewarding effects of caffeine. Two others—near GCKR and MLXIPL, genes involved in glucose and lipid metabolism—had not previously been linked to the metabolism or neurological effects of coffee.

The findings suggest that people naturally modulate their coffee intake to experience the optimal effects exerted by caffeine and that the strongest genetic factors linked to increased coffee intake likely work by directly increasing caffeine metabolism.

“The new candidate genes are not the ones we have focused on in the past, so this is an important step forward in coffee research,” said Cornelis.

“Like previous genetic analyses of smoking and alcohol consumption, this research serves as an example of how genetics can influence some types of habitual behavior,” said Daniel Chasman, associate professor at Brigham and Women’s Hospital and the study’s senior author.