Getting four pints back from the bar to your jeering cohort of beery mates without suffering trouserslop is an art.

Just as well the gurning halfwits drink tasteless fizzy lager then, and haven’t succumbed to the hipster temptations of lentilly keg-conditioned microbrews. The tossers.

Turns out that the foam on the top of a pint (or the crema gracing the surface of a caffeinated godshot) helps to stop it slopping over the top. Physics and that. Gives you an excuse to gob in someone’s glass of wine. Thank us later.

Clinking your glass of beer often leaves its contents sloshing back and forth. Soon, though, the motion stops, your drink settles down, and you can take a sip without getting foam on your nose. It turns out that the foam helps stop the sloshing. Now, physicists have figured out why.

The analysis, published this week in Physics of Fluids, from AIP Publishing, reveals a surprising effect on the surface of the water that contradicts conventional thought and deepens our understanding of the role of capillary forces.

Capillary forces describe everything from how ink fills up a fountain pen to how some insects can walk on water. They are the result of surface tension, which explains how droplets form and how the surface of a liquid adheres to the side of a container, forming a slope called a meniscus.

“Those capillary forces are small, but they’re very important as soon as the sizes or motions get small,” said Pierre-Thomas Brun, a mathematician at the Massachusetts Institute of Technology.

It’s these effects, the researchers found, that dampen the sloshing of water covered by a layer of foam. 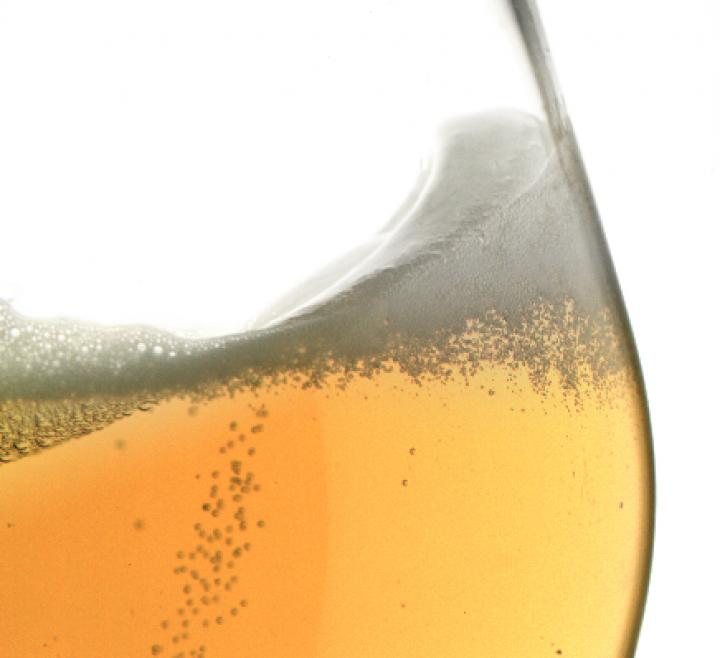 The new results, the researchers say, may eventually be used to prevent the sloshing of liquids in a container, such as fuel in a rocket tank or oil in a cargo ship, two situations in which sloshing could destabilize the vehicle.

When any liquid sloshes back and forth in a container, it dissipates energy and the waves get smaller and smaller. But according to previous theory, these oscillation dampen exponentially. This means that, although the amplitude of the waves shrinks, it never actually vanishes. In principle, the sloshing literally takes forever to stop.

In the real world, of course, the sloshing does stop, and physicists have assumed some other effects must come into play to halt the oscillations. But no one knew precisely what those were.

It’s been known that foam slows sloshing liquids, so the researchers turned their attention to soap foam on water. From a theoretical analysis and experiments, the researchers found that capillary effects from the suds induce tiny pressure gradients near the walls of the container, which drives small motions in the liquid that reduce the sloshing.

Surprisingly, this dampening happens much faster than the expected exponential decay. In fact, the waves dampen more and more as they oscillate.

“We saw something that we couldn’t believe,” said François Gallaire, a physicist at the École Polytechnique Fédérale de Lausanne in Switzerland. The slower the velocity of sloshing was, the stronger the dissipation rate. When taking capillary effects into account, the new equations show that the sloshing stops after a finite time — contrary to previous theory.

Although the researchers only did their analysis with sudsy water, they conjecture that liquids without foams should behave in the same way — it’s just harder to detect. The presence of foam amplifies these capillary effects. Because foam is made of many tiny bubbles with more interfaces between liquid and air, these capillary effects are stronger. The researchers are now continuing their analysis on liquids without foam.