Family dinners may help protect teens from the consequences of cyberbullying. 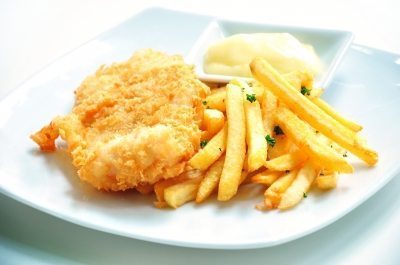 [dropcap style=”font-size:100px; color:#992211;”]S[/dropcap]itting around a table, presumably without phones, can alleviate the effects of cyberbullying.

The real-life type of bullying is not mentioned.
(Is anybody going to surprise me with a compliment on the meal, hmm? *Narrows eyes*)

About 1 in 5 adolescents has experienced recent online bullying and cyberbullying, like traditional bullying, can increase the risk of mental health problems in teens as well as the misuse of drugs and alcohol. It is important to understand whether cyberbullying contributes uniquely to mental health and substance use problems independent of its overlap with traditional face-to-face bullying.

Family dinners, a McGill University study finds, are an outlet of support for adolescents.

How the Study Was Conducted

The authors examined the association between cyberbullying and mental health and substance use problems, as well any moderation of the effects by family contact and communication through family dinners. The study included survey data on 18,834 students (ages 12-18) from 49 schools in a Midwestern state. The authors measured five internalizing problems (anxiety, depression, self-harm, suicide ideation and suicide attempt), two externalizing problems (fighting and vandalism) and four substance use problems (frequent alcohol use, frequent binge drinking, prescription drug misuse and over-the-counter drug misuse).

Nearly 19 percent of the students reported they had experienced cyberbullying during the previous 12 months. Cyberbullying was associated with all 11 of the internalizing, externalizing and substance use problems. Family dinners appeared to moderate the relationship between cyberbullying and the mental health and substance use problems. For example, with four or more family dinners per week there was about a 4-fold difference in the rates of total problems between no cyberbullying victimization and frequent victimization. When there were no dinners the difference was more than 7-fold.

“Furthermore, based on these findings, we did not conclude that cyberbullying alone is sufficient to produce poor health outcomes nor that family dinners alone can inoculate adolescents from such exposures. Such an oversimplified interpretation of these associations disregards other exacerbating and protective factors throughout the social environment. Instead, these findings support calls for integrated approaches to protecting victims of cyberbullying that encompass individual coping skills and family and school social supports.”