Gorillas with an extravert personality live longer than their more introverted peers, a study suggests. 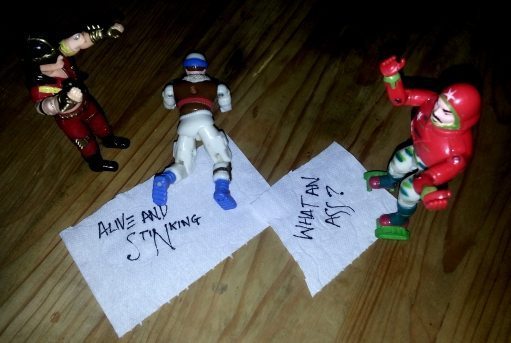 Winter blues? Get out, it might increase the quality and quantity of your life.

(P.s. We’re not sure why the scientists are using ‘extraverted’ rather than ‘extroverted’ either)

Gorillas with an extravert personality live longer than their more introverted peers, a study suggests

An international team of researchers looked at the role of personality by studying 298 gorillas in North American zoos and sanctuaries for over 18 years.

The gorillas’ personalities were assessed by keepers, volunteers, researchers and caretakers who knew the gorillas well. Their personality was scored with measures adapted from techniques for studying people and other primates.

Researchers found that out of four personality traits – dominance, extraversion, neuroticism and agreeableness – extraversion, which was associated with behaviours such as sociability, activity, play and curiosity, was linked with longer survival.

The study found that the link between extraversion and survival was not affected by age or gender, rearing condition or how many times the gorilla had moved location.

Researchers say these findings are consistent with studies in people which found that extraverts tend to live longer.

The study, carried out on western lowland gorillas is important in understanding how the relationship between personality and longevity of life evolved.

Dr Alex Weiss, of the University of Edinburgh’s School of Philosophy, Psychology and Language Sciences, said: “These findings highlight how understanding the natural history of personality is vital to insuring the continued health and well-being of humans, gorillas and other great apes.”

The study is published today in the Royal Society journal Proceedings of the Royal Society B: Biological Sciences. The collection of personality data in 1994 was funded by Zoo Atlanta, the Georgia Institute of Technology, and a Lincoln Park Zoological Society’s Dr Scholl’s Graduate Research Fellowship.

Next Story:
Albums of the Year: Tim Hall’s Choices