Results from an expedition to far eastern Russia that set out to find the origin of naturally occurring quasicrystals have provided convincing evidence that they arrived on Earth from outer space. 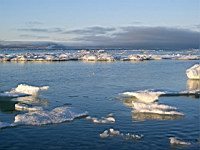 Although it will necessitate some clever redefinition of theological terms and scriptural revisionism
from fundamentalists of various religious flavours, the search for extra-terrestrial life has latterly become more of a race to an inevitable conclusion than a subject of theoretical debate.

Orbital telescopes such as Hubble, and a new generation of Extra Large Telescopes based here on Earth have been bringing back descoveries of extra-solar planetary systems at a rate which might call for the adjective ‘exponential’, only that the rate has been more explosive than that. Almost as soon as the method of extrapolating planetary orbits on distant star systems via the fluctuations of their light emissions was developed, reports of hundreds of thousands of hitherto unknown planets became the norm.

Whilst earlier generations had the heady ballistic excitement of moonshots and spacewalks to entertain their sci-fi fantasies of a new era of deep-space human existence, the 21st century addition to the corpus of astro-knowledge is a bit more Earthbound, a touch more low-tech and homegrown, but no less astounding.

Sure, we have a probe on Mars, and an almost-certain chance of finding some sort of alien lifeform on one of Saturn’s 62 known moons (if we can ever get a probe there) but the solid evidence of extra-terrestrial life may just have been found, a lot closer to home. Press release follows:<

Results from an expedition to far eastern Russia that set out to find the origin of naturally occurring quasicrystals have provided convincing evidence that they arrived on Earth from outer space.

Writing in IOP Publishing’s journal Reports on Progress in Physics, Paul J. Steinhardt and Luca Bindi reveal that new, naturally occurring quasicrystal samples have been found in an environment that does not have the extreme terrestrial conditions needed to produce them, therefore strengthening the case that they were brought to Earth by a meteorite.

Furthermore, their findings reveal that the samples of quasicrystals were brought to the area during the last glacial period, suggesting the meteorite was most likely to have hit Earth around 15,000 years ago.

“The fact that the expedition found more material in the same location that we had spent years to track down is a tremendous confirmation of the whole story, which is significant since the meteorite is of great interest because of its extraordinary age and contents,” said Steinhardt.

In their report, Steinhardt and Bindi describe the expedition in which ten scientists, two drivers and a cook travelled 230 km into the Koryak Mountains of far eastern Russia to pan one and a half tons of sediment by hand, and survey local streams and mountains.

The group of researchers were on the look-out for naturally occurring quasicrystals — a unique class of solids that were first synthesized in the laboratory by Israeli scientist Dan Shechtman in 1982. He was awarded the Nobel Prize for Chemistry in 2011 for this discovery.

The concept of quasicrystals was first introduced by Steinhardt and his student Dov Levine. Until their work, it had been believed that all solids, synthetic or natural, form ordinary crystals — materials whose entire structure is made of a single-type cluster of atoms that repeat at regular intervals, joining together in much the same way as identical tiles in bathroom tiling.

It was also thought that crystals could only have two-, three-, four- and six-fold symmetries; however, Steinhardt and Levine found a new theoretical possibility, which they dubbed quasicrystals. A quasicrystal has two or more types of clusters that repeat at different intervals with an irrational ratio, which allows all the symmetries that were thought to be forbidden, such as five-fold symmetry, to be possible.

Since their discovery in the laboratory, researchers have created over one hundred artificial quasicrystals that have been used in a variety of applications, from non-stick frying pans and cutlery to ball bearings and razor blades.

Only one natural quasicrystal has been previously documented: a sample in the Museum of Natural History in Florence, Italy, that was located and identified by the two co-authors and their collaborators in 2009. They found the sample to have the symmetry of a soccer ball, with six axes of five-fold symmetry forbidden to ordinary crystals. This triggered a remarkable investigation to find the place where the sample came from, which, as Steinhardt states, involved secret diaries, smugglers, gold prospectors and bears.

Eventually, the researchers found the person, Valery Kryachko, who had removed the sample from a remote area of Chukotka in the Russian mountains back in 1979.

In the summer of 2010, the researchers’ experiments indicated that the sample was meteoritic and had come from not just any type of meteorite, but a CV3 carbonaceous chondrite — a 4.5 billion-year-old meteorite formed at the beginning of the solar system.

“Now there was real motivation to turn this fantasy trip into a reality. It was a long shot, but if we could find even one sample there, it would prove the bizarre story we had put together beyond any shadow of doubt and provide new sources of material for studying this very strange meteorite that formed at the beginning of the solar system,” Steinhardt continued.

Now that Steinhardt, Bindi and their expedition team have collected even more samples from the original site in Chukotka, there are a number of questions that can now be answered with further investigation.

“What does nature know that we don’t? How did the quasicrystal form so perfectly inside a complex meteorite when we normally have to work hard in the laboratory to get anything as perfect? What other new phases can we find in this meteorite and what can they tell us about the early solar system?

“At the moment, we are at the tip of the iceberg,” said Steinhardt.

One Reply to “Extra Terrestrial Life, on Earth?”