Earth’s latest offering, Angels of Darkness, Demons of Light 1, shows a definite development from the heavy drone aesthetic of yore, encompassing a variety of influences including African desert rockers Tinariwen. The result is a heavily atmospheric album that wouldn’t seem out of place in The Dirty Three canon or even that of underrated psyche-surf giants The Mermen.

The pondering and perplexing melodies of Angels… still has the depth of earlier Earth works but is much more nuanced and poignant. As a firm fan of the earlier material I admit to being initially confused by this record, the familiar rage filled territory has disappeared replaced with a landscape far more introverted, textured and dark. Having Lori Goldston (Nirvana, David Byrne) on cello is key to this record and the interplay of her smoke throated harmonies in between the bass and guitar underpins and progresses the tracks into somewhere quite hypnotic and unique.

Musically, the band moves together through a variety of modes and keys that disorientates the listener and in places becomes hard to follow. A single line made familiar through repetition is suddenly subverted in an unusual way that throws the flow without losing momentum. To the extent that while this is a hard record to get into emotionally, cerebrally it does the business.

The track Hell’s Winter contains the most references to Earth’s earlier slabs of tone and brings something of a Red Red Meat vibe to the proceedings, dropping Sabbathesque chord progressions against tectonically slow rhythms. In the title track flirtations with Eastern drones and heavy reverb over languid rim shots cast the ear back to 1960s Matrix era Grateful Dead and the listener into a vague state of restlessness.

Some might argue that for every album there is an ideal drug accompaniment. Four cups of strong coffee and Earth is definitely wrong and perhaps I took a wrong turn in trying to over-think the proposition of Angels as a result. However, just like on ancient maps unknown areas were marked with ‘Here Be Monsters’, on this foray into the unknown Earth have uncovered new species of musical blackness which makes this release worth checking out precisely because it is so unfamiliar and forbidding. Which in the end is Earth all over. 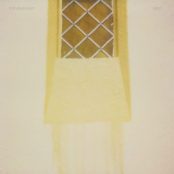